In 2009, the Fairmount Park Conservancy laid out a multimillion dollar Master Plan for the revitalization of Hunting Park. The plan proposed projects that would return the park to its former glory for a community that had long lacked access to safe recreational space, park amenities, and healthy, fresh food.

With the Master Plan as a road map, the Conservancy recently completed Phase I of the revitalization of Hunting Park, investing $4.5 million in capital projects and programs, including:

To encourage positive use of the new amenities, the Conservancy has launched critical programs focused around healthy eating, active living, and violence prevention, as well as year-round tennis programming. Finally, a guidebook has been created called Creating Healthy Concessions: A Resource Guide, which illustrates a model for healthy park concessions that is intended for use by community organizations, park groups, and city agencies, and can be implemented across the city’s vast park system, especially among communities that lack consistent access to healthy and fresh foods.

The improvements made at Hunting Park have already established it as a “green anchor” for the surrounding community and a model of urban renewal through park revitalization efforts.

New handball courts were completed and usable in November of 2017 with a ribbon cutting planned for spring, 2018. 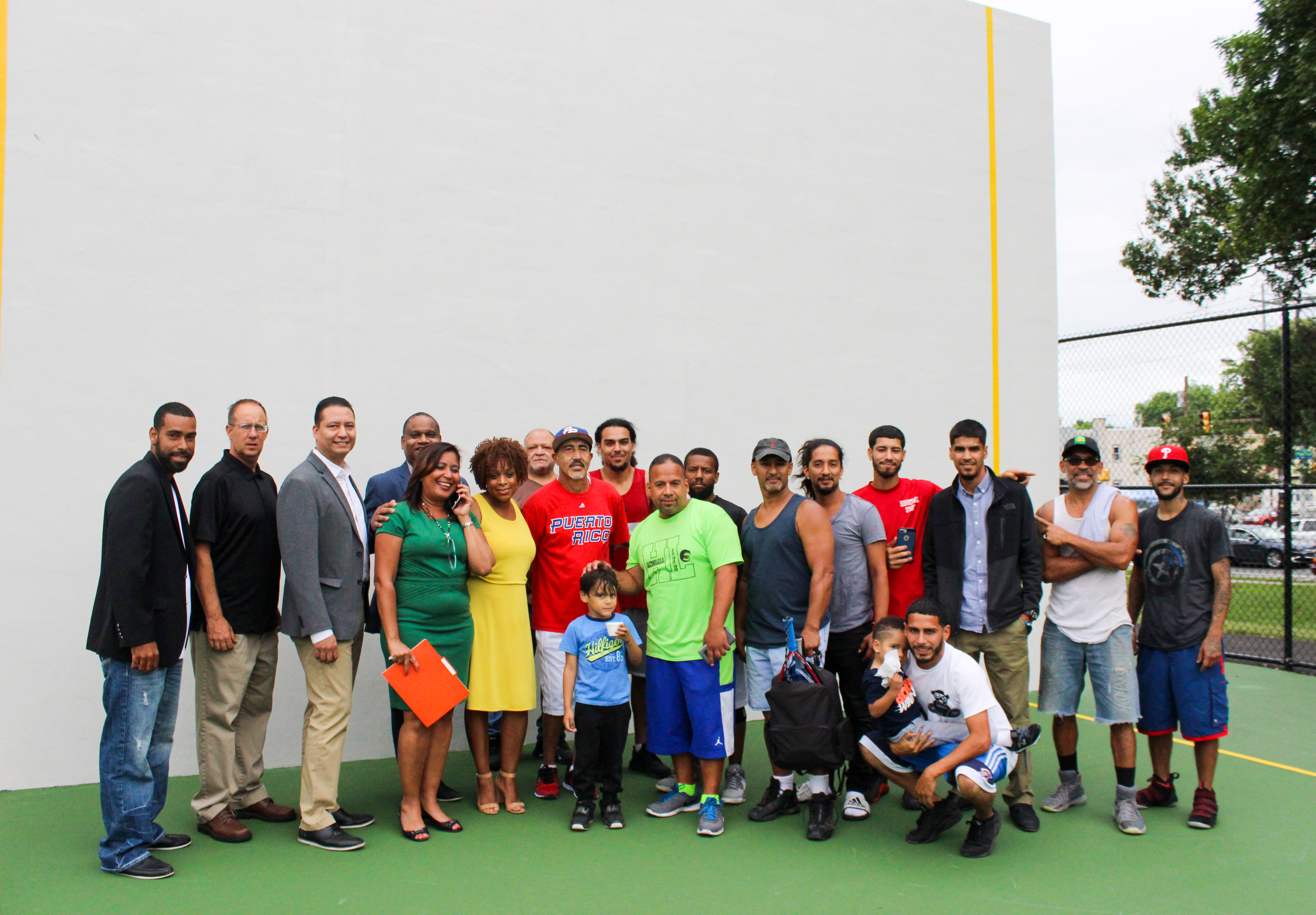 For more information on any of our Capital Projects, contact Senior Director Preservation and Property Management Lucy Strackhouse by email or phone 215-607-3494.