At 348 acres, FDR Park is the largest park in South Philadelphia. Today, people come from all over the region to picnic, play, and relax at what longtime park-goers call “The Lakes.”

As the only park in Philly designed by the Olmsted Brothers, the sons of Frederick Law Olmsted, FDR Park is currently implementing a decades-long Park Plan – the first in its 100-year history.

Click here to view the guide in a separate window 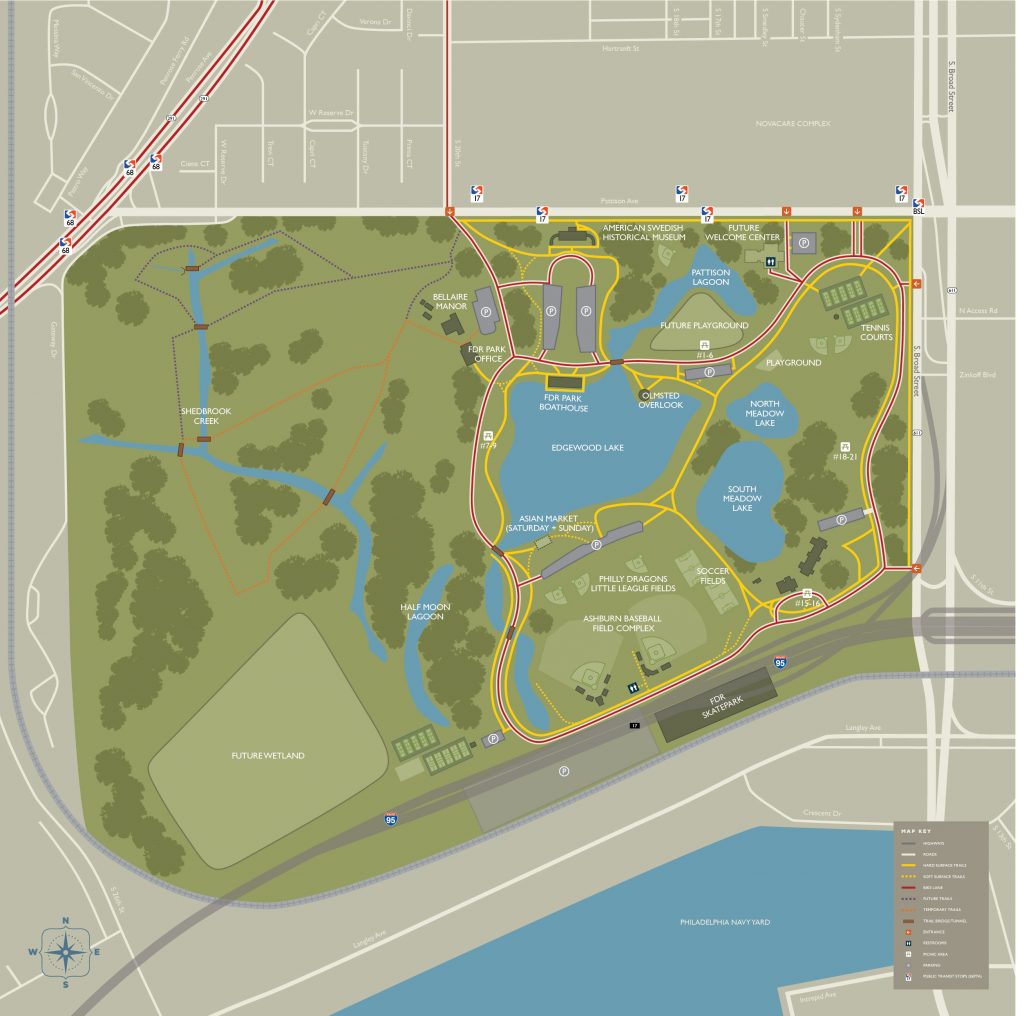 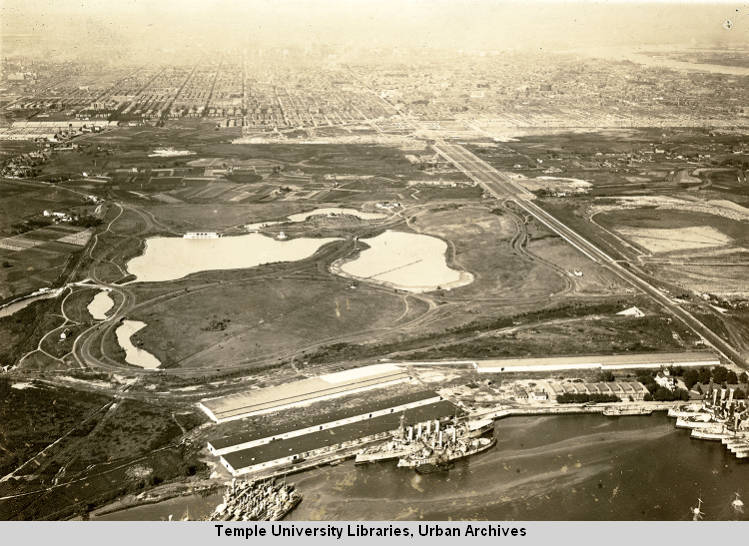 Long before it became the South Philly staple it is today, the land that is now FDR Park consisted of acres upon acres of wetlands and marshes separated from “mainland” Philadelphia by Hollander Creek, which ran between the Delaware and Schuylkill Rivers.  Between the late 1700s and early 1900s, these marshes were slowly drained and filled to support agriculture and eventually residential development. It wasn’t until 1913 that the Olmsted Brothers, the sons of the prominent landscape architect Frederick Law Olmsted of New York’s famed Central Park, designed League Island Park.

Shaped by their father’s romantic vision of landscape architecture, the Olmsted Brothers designed a picturesque park with curving roads and paths, curated views of architecture and landscape, and a series of tidal lakes encompassing the remains of Hollander Creek. The park, in fact, would go on to earn the nickname “The Lakes,” and become a popular swimming spot for Philadelphians.

In 1926, League Island Park became a site of the Sesquicentennial Exposition of American Independence. A number of architecturally significant structures were built in the park, including the Municipal Stadium east of Broad and the American Swedish Historical Museum west of Broad Street, which remains to this day.

Following the celebration, the park returned to its original purpose as a public park, although the City continued to develop the area east of Broad Street. Today, this stretch of the park is now known as Stadium District. The Olmsted’s original design was further altered in the 1940s, when a golf course was added to the western side. At the same time, the park itself was renamed Franklin Delano Roosevelt Park in honor of the former U.S. president.