Concourse Lake in West Fairmount Park was officially dedicated as a Philadelphia Native Plant Park on June 9, 2012. 142 native trees of 24 various species and 503 shrubs of 24 different species have been planted at the 14-acre site surrounding Concourse Lake. Congratulations to all involved in making this Park a reality! 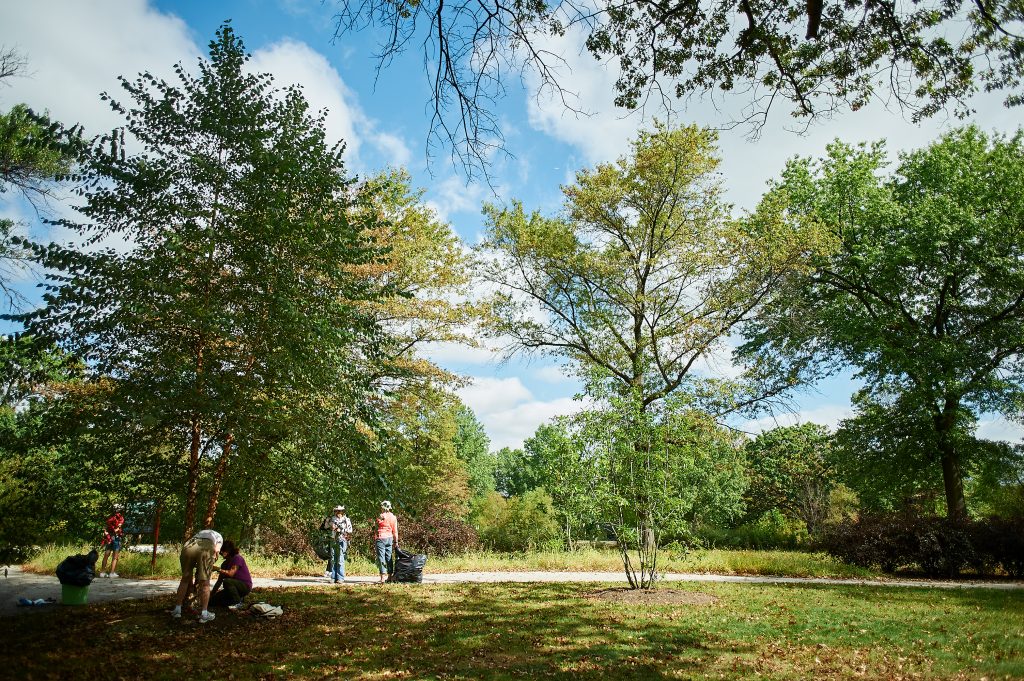 Concourse Lake is a stormwater reservoir in Fairmount Park, Philadelphia. It is located off Belmont Avenue, within a five minute drive from either the Schuylkill Expressway or the West River Drive, and a fifteen minute drive from center city. It lies midway between the Please Touch Museum and the Mann Center for the Performing Arts on the Avenue of the Republic, .3 of a mile from each, and 1.4 miles from the Philadelphia Zoo. 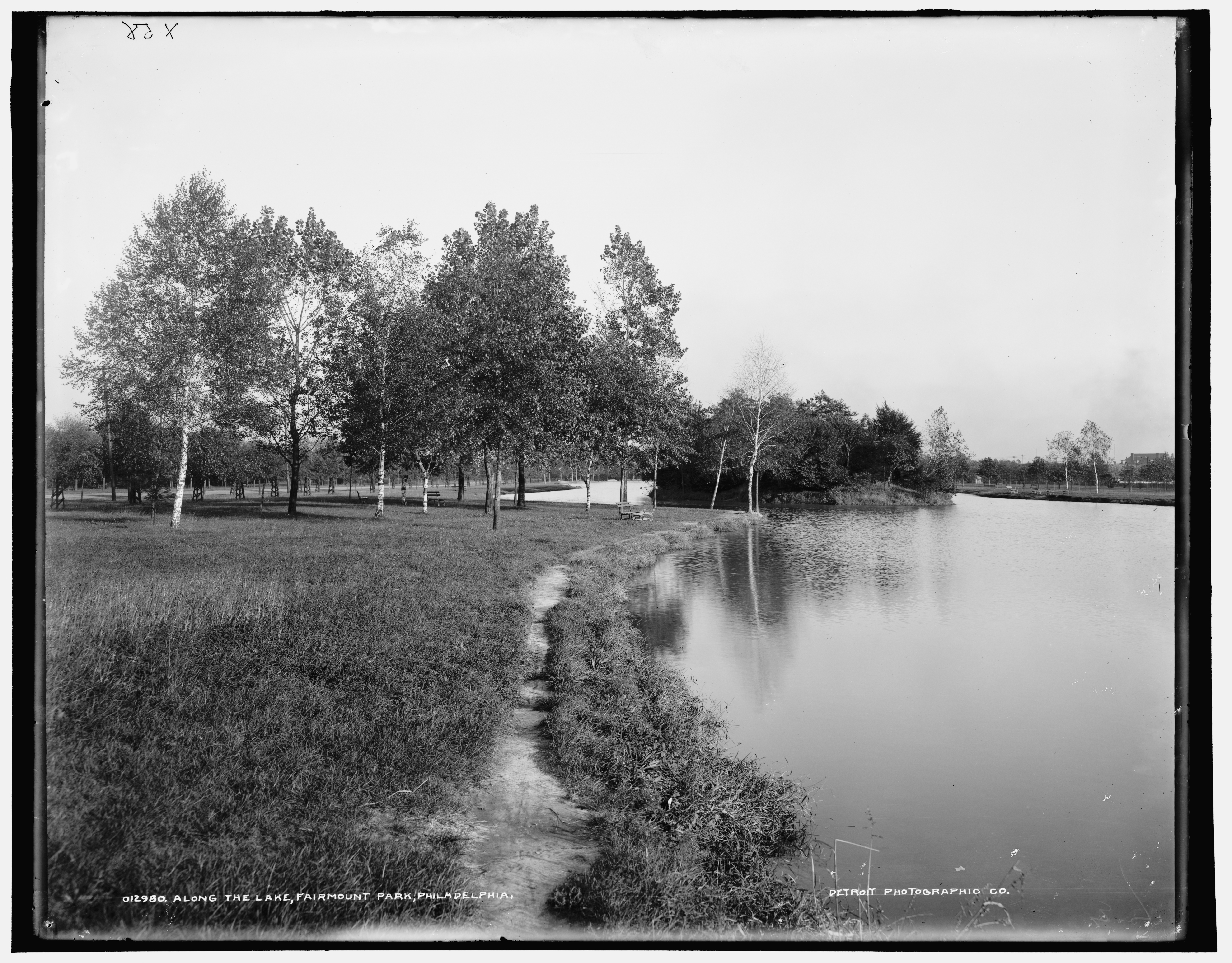 The lake is part of the Park’s Centennial District, the 236 acres where 10 million people celebrated the nation’s hundredth anniversary in 1876. The Centennial landscape was dotted with pavilions and exhibition halls touting the accomplishments of the nation, the skills of its artisans and scientists, the unique character and resources of the various states, and the lure of foreign nations. Housing the double Corliss engine which brought steam energy to the area, the mammoth Machinery Hall stretched over 13 acres now occupied by the lake and park. 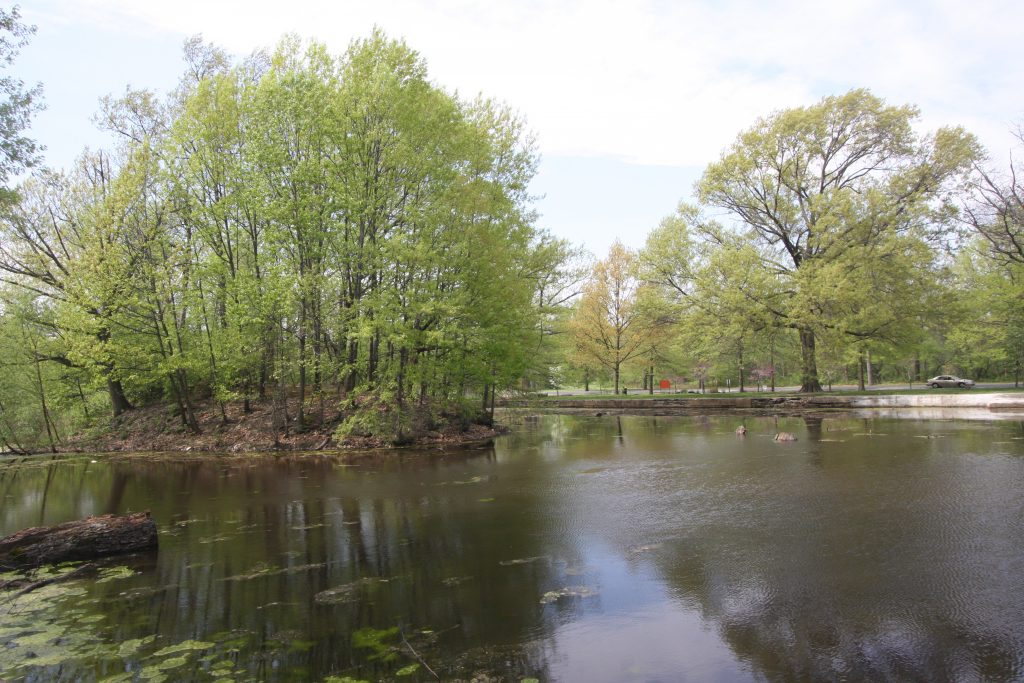 Philadelphia has embarked on a multi-year, multi-million dollar plan to restore the Centennial District, converting this underused park asset into a varied educational, cultural, and recreational attraction for visitors and citizens alike. The refurbishment of Memorial Hall, the lone remaining large exhibit hall, and the subsequent move of the Please Touch Museum to this glorious building, signaled the beginning of these restoration efforts. In 2009, the City invested in the creation of a 5K recreational loop trail, unifying the area, and in the dredging of the Concourse Lake, creating a native wetland to better filter water on its way to the Schuylkill River.

After reviewing proposals from Fairmount Park, the Pennsylvania Environmental Council, and the Pennsylvania Horticultural Society, the Philadelphia Committee of the Garden Club of America selected the area surrounding Concourse Lake as the focus of its four-year commitment to produce a horticultural gift for the City in honor of the hundredth anniversary of GCA which will be celebrated in Philadelphia in April of 2013. Support for this effort has since expanded to include all the GCA clubs in Pennsylvania and Delaware.

The planned horticultural and environmental renovation project seeked to continue the environmental improvements initiated by Fairmount Park and to provide continued momentum for the successful completion of the overall Centennial District master plan. The project proposed the removal of dangerous paving adjacent to the lake, the installation of a new educational walk, and the planting of native plant material selected for sustainability and stormwater management and, is supportive of the city’s goal of creating the “Greenest City in America.”

This was a  project of the Pennsylvania & Delaware Member Clubs of the Garden Club of America, in Partnership with Fairmount Park Conservancy, the City of Philadelphia, and cultural and community organizations. 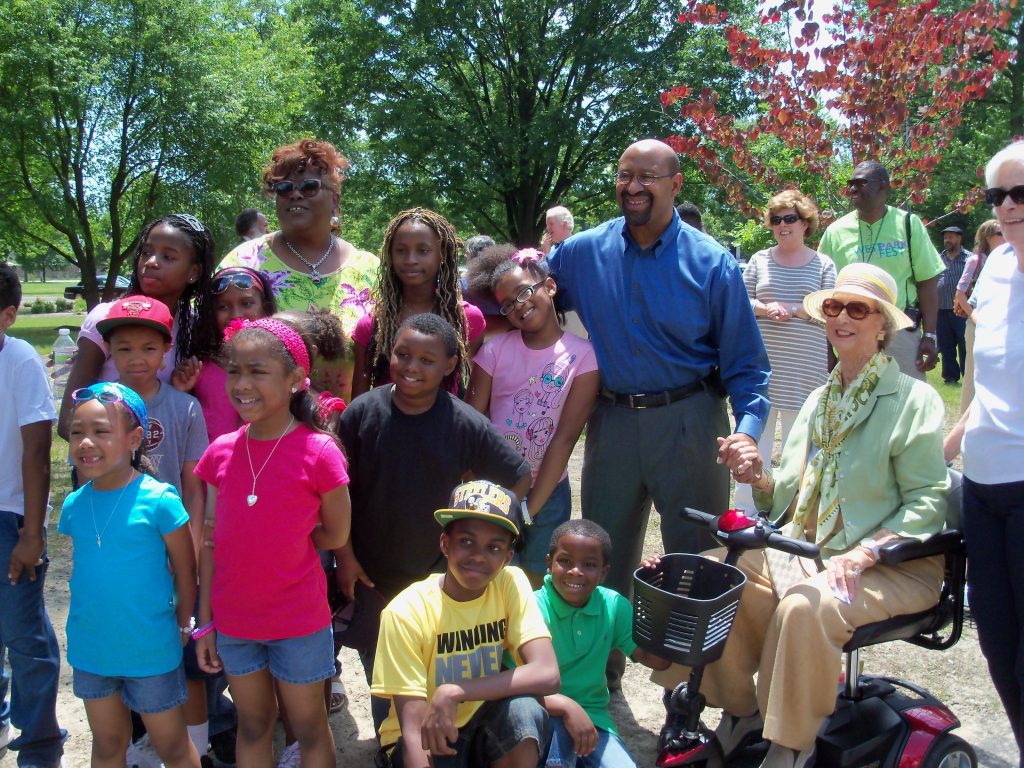 Read the press release from the 2012 dedication

To learn more about the Stabilization of Concourse Lake project, please visit our Capital Projects page.