BY ALEX VUOCOLO AND JULIE BERGER

Susan Zipin, a former public school teacher and Northwest Philadelphia resident, has used the Lovett Memorial Library in Mt. Airy almost her entire life. While in high school, she went there to study or meet with friends. Decades later, as a working mother, it provided a safe place for her children to go after school while she finished teaching.

“My kids had a place where they could go and be surrounded by books and people who would…not babysit them, but keep an eye out,” she says. “I was very grateful for that.”

Today Zipin hosts meetings at the library for a neighborhood group she founded to help older Northwest Philadelphia residents maintain their homes.

Zipin has a teacherly love of books and learning, which is part of the reason she has supported Lovett all these years. But the library has also served her practically, as a student, mother, and now community activist.

Zipin doesn’t take this for granted. The library needs the support of the community, she says, as much as the other way around. But she also believes that libraries, as public spaces, have a mandate to do more than lend books. “Libraries have to serve many roles now,” she says.

Lovett Library, located on Germantown Avenue, the juncture of East and West Mt. Airy, has long embraced its reputation as a community hub. Its librarians and staff make a real effort to engage with residents about what kinds books or resources they need or would like to see. It also hosts community meetings and workshops on health and personal finance, as well a chess club that draws both and young and old residents. An adjacent park, which hosts movie nights and drum circles, also draws community members to the space.

“What makes Lovett unique is the people—the people who work here, the people who come here,” says Lisa Pressley, another Mt. Airy resident and regular at Lovett.

Indeed, Lovett’s reputation as a vibrant civic space is as much the product of an engaged staff and a devoted community as an institutional choice. While libraries have always been tasked with providing books and, more recently, computer access, their role in supporting communities is coming to the forefront more and more. The Free Library of Philadelphia, the public entity that manages the city-wide system, views its neighborhood libraries as key drivers in their communities’ health and success—and it is now reimagining neighborhood libraries like Lovett to best meet the changing needs of today’s library customers. Extensive renovations at Lovett will soon begin, with the goal of expanding Lovett’s value as a community resource.

The project, funded in part by a $1.25 million grant from the Reimagining the Civic Commons initiative, will expand the overall size of the library and add designated space for youth and teens. A technology center will be built into the mezzanine, and the entire library will be ADA compliant, including automatic doors and elevators. Finally, in collaboration with Mt. Airy USA—which helps stimulate responsive development in the area—the library will be integrated into the adjacent park, which will include reading areas and space for outdoor programming. Mt. Airy USA’s partnership is supported by a $500,000 Civic Commons grant from the Knight Foundation for this work. 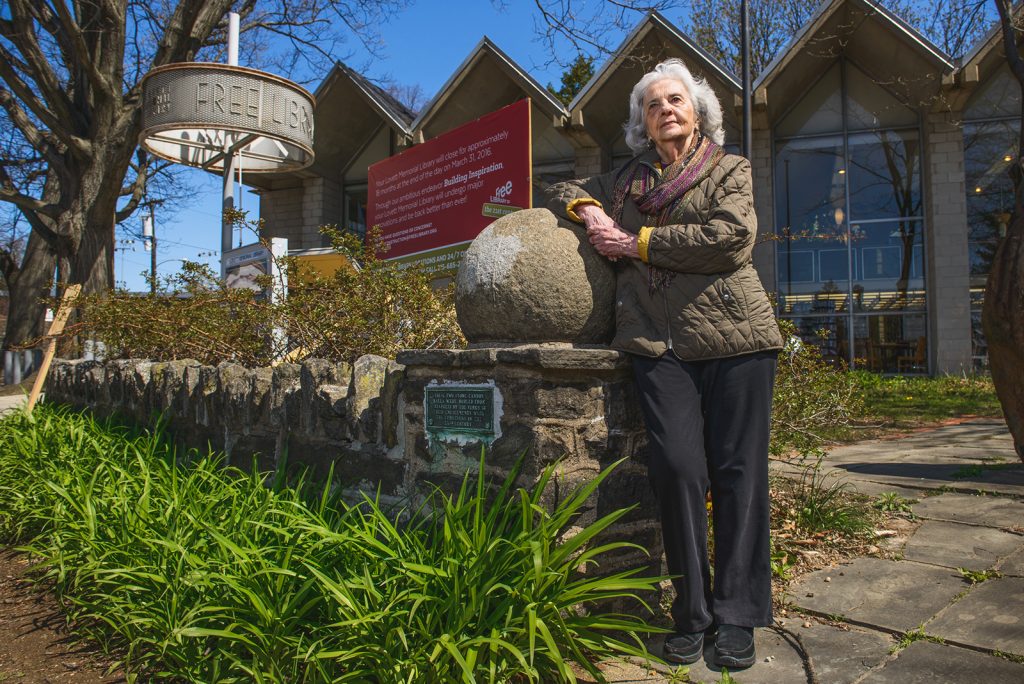 Taken together, these improvements will renew Lovett as a civic center of activity, designed to encourage community engagement and provide a safe and comfortable space for residents of all ages to relax and socialize.

The project is among the first in a larger effort by the Free Library of Philadelphia, called the Building Inspiration: 21st Century Libraries Initiative, to transform its neighborhood libraries. This initiative is made possible by a transformational $25 million grant from the William Penn Foundation—the largest gift ever made by the William Penn Foundation and the largest ever received by the library. One of five pilot neighborhood libraries to undergo extensive renovation and expansion, Lovett will focus both its physical upgrades and its programming on Mt. Airy community development—offering spaces and activities for a broad range of users that include seniors, academics, low-income residents, and school children.

The Free Library was originally built around the goal of community enlightenment, and throughout the years it has evolved to meet the public’s expanding need for knowledge—but now those needs have far outpaced the infrastructure at its 54 neighborhood libraries. In 2014, the Library embarked on the ambitious Building Inspiration initiative to redefine itself for today’s—and tomorrow’s—library users.

Fueled by this goal, the historic Parkway Central Library building, the Free Library’s flagship location, is being renovated for the first time since it opened to the public in 1927. In June 2016, the South Philadelphia Library became the first neighborhood library to reopen after being re-envisioned through Building Inspiration. Work at Lovett and the other three pilot libraries—Lillian Marrero, Logan, and Tacony—will soon be underway.

“The 21st Century Libraries Initiative was created because people were asked what they think about their library today,” says Veronica Britto, the Cluster Leader for the Central Philadelphia Neighborhood Libraries who previously ran Lovett. Many thought of libraries as “stodgy” and full of dusty, old books, she adds. “We wanted to break through those misconceptions of the library.”

For residents of Mt. Airy, the idea of a strong, inclusive community goes deeper than Lovett Library. It’s a concept rooted in their sense of history and place. The hilly Northwest neighborhood, which was incorporated into Philadelphia in 1854, has maintained an ethnically, racially, and economically diverse population for much of its history. Many residents, such as Britto and Zipin, see it as their charge to maintain that legacy.

“The mission of Mt. Airy is to be intentionally inclusive, which means that the people, the community, the neighbors go out of their way to make sure the neighborhood remains multicultural,” Britto says.

A strong civic center with activities, programs, and spaces catering to all members of the community—as the new Lovett Memorial Library and Park are becoming—is essential to that ideal.