Mike Burch left Parkside decades ago to attend college and start a career. He estimates it was 1985, around the same time he began to notice more vacant homes and drug abuse in the tight-knit West Philadelphia neighborhood. Then in 2006, after his mother passed away, he decided to move back. It was a practical decision — he had to maintain his childhood home — but it also stemmed from a renewed interest in the community.

“When I first got home I spent most of my time repairing or rehabbing my house,” Burch says. Then he started realizing all the things that had to be done outside the walls of his home.

He soon began working with neighbors, many of whom had also returned to the community after a long hiatus, to clear out vacant lots, remove abandoned cars, and spruce up the streetscape with new trees and plants. It wasn’t long before Burch turned that civic energy toward West Fairmount Park.

As its name suggests, Parkside borders the section of Fairmount Park west of the Schuylkill River. The 1,400-acre area contains some of the Fairmount Park system’s most iconic destinations, including the Mann Center for Performing Arts, the Please Touch Museum, and the Smith Memorial Arch. It was also the site of the 1876 Centennial Exhibition, one of the largest civic events in the city’s history.

Burch lives on Viola Street, a narrow residential block tucked behind the elaborate Flemish-style homes that line Parkside Avenue, which runs along the southwest border of the park. As a child, Burch made the short walk across the busy, two-lane thoroughfare on a daily basis.

Today Burch uses West Fairmount Park to exercise and ride his bike, continuing what has become a lifelong relationship with the space. Yet he is keenly aware that fewer residents seem to use the park today than when he was a child. “You get the feeling of seclusion here now,” he says.

Burch blames cultural changes, such as parents’ reluctance to let children out of their sight, but adds that the park itself is also part of the problem. “If you look at Fairmount Park, it’s beautiful, but you don’t see a lot of benches,” he says. “There are no bathroom facilities. The area is not patrolled very well. The lighting is questionable.”

Underlying these complaints is the criticism that West Fairmount Park, so well known for its history and grand institutions, has become a less welcoming place for the people that live nearby. For Burch, who grew up with the park as a kind of vast backyard, this disconnect is a major loss for the community. 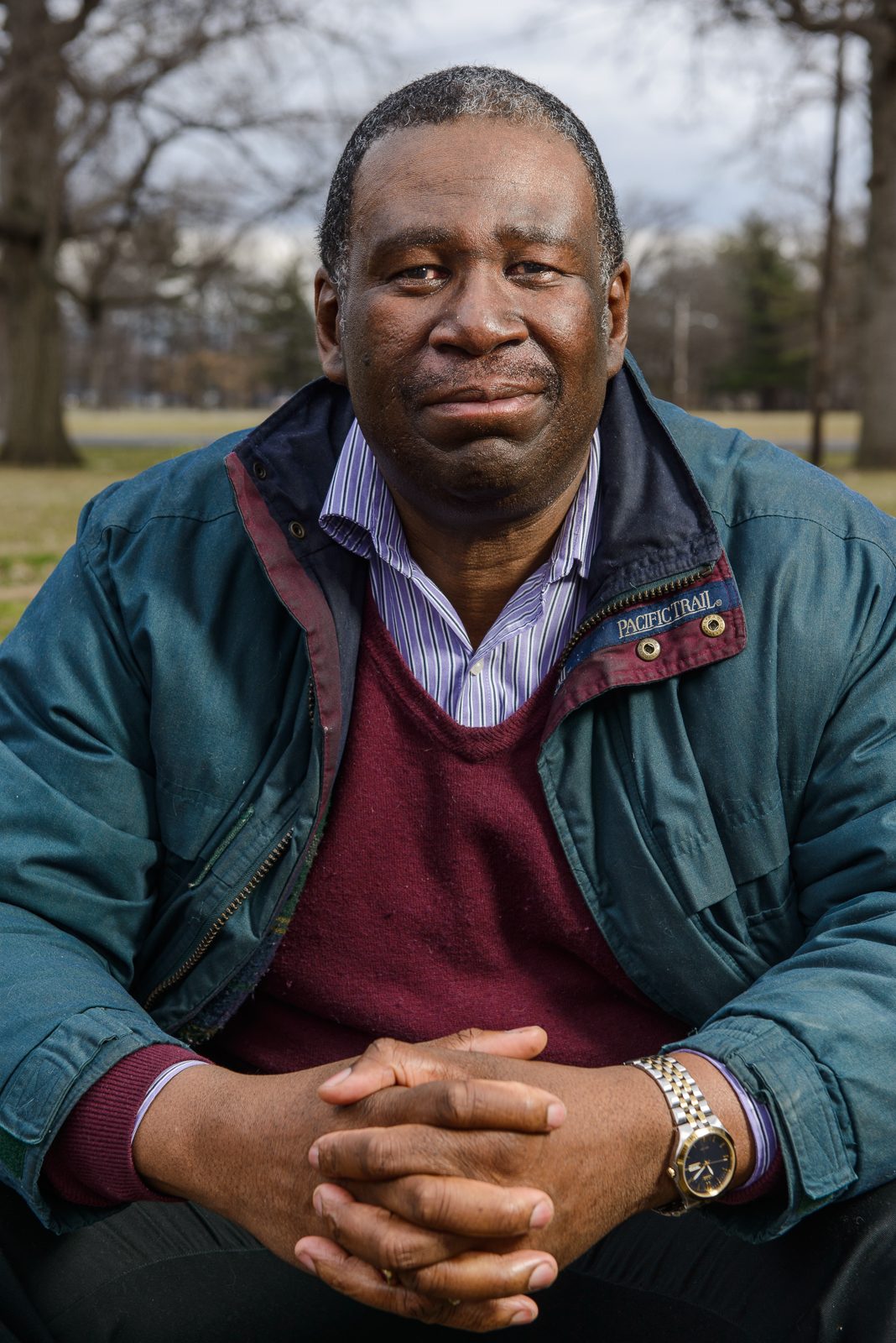 However, Burch is not the only one who thinks West Fairmount Park is due for an overhaul. The Fairmount Park Conservancy, a non-profit charged with promoting and developing Philadelphia’s parks, has a plan to bring the community back.

The “Centennial Commons” project will bring traffic calming measures, benches, lighting and interactive play spaces to West Fairmount Park. The project, funded in part by a grant from the Reimagining the Civic Commons initiative, followed months of engagement with residents to inform the project’s features and scope. It is also the latest example of an ongoing effort by the Conservancy to revitalize parks in low-income neighborhoods.

But working in Parkside has brought a new set of challenges for Philadelphia’s leading champion of public space. According to Conservancy officials, the project has forced the agency to contend with the perception that change is not always for the benefit of locals.

“I do have to say that people question the project,” says Burch, who now heads the Viola Street Residents Association. “They question how it’s going to benefit them. They question whether this project is for the residents that are currently here or for future residents.”

The Centennial Commons project isn’t the first time that Parkside has been presented with a new vision for West Fairmount Park. In 2005, the former Fairmount Park Commission released a master plan for the “Centennial District” that included new trails, road modifications and pedestrian bridges. The plan was never implemented, however, placing it among a number of past concepts for the area that failed to materialize.

“Parkside has in some sense been overplanned,” says Chris Dougherty, project manager at the Conservancy. “There have been close to 26 plans that deal with the neighborhood, connectivity to the park, and commercial and economic development, none of which have really come to fruition. Generally, I think there is a sense of fatigue with this kind of top-down planning.” In response, he adds, the Conservancy has stressed transparency and communication to assure residents that the project will happen.

The other fear held by locals is that the project doesn’t cater to them, but rather to future residents or visitors from outside the neighborhood. “From what I’ve experienced, people are excited about it, but there’s always that unknown,” says Christopher Scott, president of the Centennial Parkside Community Development Corporation. “There’s always, ‘Is it going to be for other people? Is it really going to be for us?’”

Behind some of those fears, Burch says, is the Please Touch Museum, which opened in 2008 at the former site of a neighborhood recreation center. Although the rec center did not necessarily close because of the museum, residents still saw it as a community asset replaced by an institution with a regional appeal.

“There are still people in the community that remember playing basketball there, going swimming there, and having their programs there,” says Jennifer Mahar, senior director of civic initiatives at the Conservancy. “They still identify a deeply felt loss.”

The Conservancy has been transparent about the fact that it seeks to attract both nearby residents and the city at large to West Fairmount Park. But Mahar has also stressed that the community comes first. Indeed, she says, the whole inspiration for the project was the agency’s success with a community park elsewhere in Philadelphia.

Incorporated in 1998, the Conservancy historically led fundraising efforts to preserve and renovate landmarks such as Boathouse Row and the Philadelphia Waterworks. In 2012, the Conservancy undertook a significant programmatic shift to actively manage projects and foster community engagement in the revitalization and stewardship of neighborhood parks. One major project that demonstrates this shift is the Hunting Park Revitalization Project, which has been a game-changer for the Conservancy.

Hunting Park in North Philadelphia was the Conservancy’s first major investment in a neighborhood outside highly visited areas of the city, Mahar says. The project brought new baseball and football fields, six tennis courts, two playgrounds, a community garden, 64 lights and over 350 trees. As Mayor Jim Kenney noted in a recent speech, the improvements not only made the park a better place for the community, but they also played a role in drastically reducing crime in the surrounding area.

One lesson from the Hunting Park project, Mahar says, is the importance of communicating the vision of a project to residents. Mahar and Dougherty make an effort to regularly attend the meetings of local groups such as the Parkside Historic District Coalition and the Centennial Parkside CDC.

“There hadn’t been great communication between the city and the Parkside community for many, many years, and I think there were a lot of general concerns and issues and build up from that lack of communication,” Mahar says. “So a lot of my outreach was based on trying to build trust and make people realize that we don’t want to do this in a vacuum.”

As for the improvements themselves, the goal from the beginning has been to make West Fairmount Park more engaging and people-centric. “It’s utilized as a passive, unprogrammed space right now,” Dougherty says, adding that the park is currently a “formal landscape” in which institutions, monuments and busy roads reign at the expense of those actually using the space in between.

Fixing that means providing places for people to eat, play and convene, as well as all the infrastructure, such as lighting, seating and trash cans, that makes those things possible.

For Burch, however, what really matters is the work that comes before any shovels hit the dirt. “We’re at the table,” he says, “and that’s the most important thing.”