In 2007, Philadelphia resident Michael Burch returned home to the 4200 block of Viola Street, located in West Philly’s East Parkside section. Burch, 56, moved into the house he grew up in, a Queen Anne style row home, similar to other historic homes on the north side of Viola. Spurred by the blight that had taken over his childhood neighborhood, just one block off Fairmount Park, the Please Touch Museum, and the remains of the 1876 Centennial Exhibition.

Burch formed the Viola Street Residents Association (VSRA) with the aim of fixing up historic homes, turning vacant properties into new residences and greening the street with vegetated curb extensions, a community garden and park space. Burch, who works as the Director of Youth Programs at the Franklin Institute, took a few minutes to chat about community activism, and why the Parkside neighborhood is such a special place with the Fairmount Park Conservancy’s SJ Punderson.

How did you get involved in the Viola Street?
Project Reclaim is a group of community members and we all ended up back on Viola Street at the same time. I moved away from the block after college (Burch has a B.S. from Cheyney in Earth & Space and a master’s degree from Temple in Science Education). When I came back in ‘07 my primary goal was to refurbish my home and possibly rent or sell it. I was going to stay for about a year. But I enjoyed it so much, I thought, why leave? Lorraine (Gomez) and I started the Viola Street Resident’s Association and that was the catalyst for everything we started doing around here.

What did the lot look like before the restoration?
Viola Street always looked pretty nice, with the architecture of the homes. But those vacant lots were gaping holes. Things had gotten pretty bad. One of them is diagonally across the street from me. We had some sizeable vacant lots in the area, so that was the first thing we worked on. There were cars, jet skis, boats on vacant lots. People were taking advantage of the land. It looked awful. The police helped us get these vehicles towed, we put soil down and grass grew. The city helped us get fences around the lots. We wanted to reclaim the land.

Can you talk about the process of reclaiming some of these lots?
We’ve learned about making surveys, finding out who owned the properties- most of that information is public record. Some of the lots are owned by city agencies and some are still in the names of people who bought them in 1959, 1960. We are relatively certain those people have passed on by now, but the land is still in their names. That is one of the biggest problems we have. It’s an obstacle to having a developer come and purchase multiple lots, they wouldn’t be able to get the titles for those four properties.

So that parcel of four lots currently has the community garden on it?
Yes, we have access to the garden and can use it as much as we want, but the hope is that at some point, a developer will be able to purchase all four lots.

What does the street look like now?
We’ve gotten trees on different properties. We can infill, we want housing in these areas. Our ultimate goal is to spur new development on our block.

What was your personal interest in this space?
The neighborhood is familiar. I was constantly in the house while my mother was living here.

Was crime an issue?
Not out of the ordinary on Viola Street. The surrounding area was a little bit worse. Viola Street, knock on wood, has always been relatively calm. That has to do with long-time neighbors, it has clearly made a difference.

Where were you living before coming back to your childhood neighborhood?
I was in Drexel Hill. My wife, Yvette, has never lived here before. It’s new for her. We both work in Center City and it’s an easy commute for us.

What have you and Yvette done personally with your own property?
The most significant thing was buying the vacant lot next door. We expanded our yard and made it into a large side yard. Its really very nice.

How has having the park and garden changed the dynamics of your neighborhood?
We’ve been relatively successful in changing the climate on the block. I started the Parkside Journal, a free newsletter to keep residents familiar with what’s going on. We hold regular meetings, and more people are more interested in the community. Not as many people are moving off the block, people are working on their homes. I’m looking across the street right now, there’s a gentleman who has a rundown home. I’m glad to say, he has recently begun rehabbing his home. It will be beautiful once it’s repaired. None of that would have happened without the change that we initiated here on the block.

How has the area changed since you were a child?
When I grew up here, there were no vacant houses, there were all filled with people living in them. There used to be a business district on 42nd street, that’s gone. My contemporaries and I, we grew up in the park. I hear now that it’s hard to get kids into the park. Hopefully the Parkside Edge Project will change all that. This area has long felt forgotten, but now there’s some buzz about Parkside.

What kinds of people do you want to move into the neighborhood?
Our goal is to get new individuals onto the block, homeowners, not renters. Apartment dwellers are transient, and their mindset tends to be transient. That’s not what we want.

Who helped with funding?
We’ve been able to partner with Habitat for Humanity and The Other Carpenter. They came into our neighborhood last summer and rehabbed 21 homes on our block. That was a major effort. Each individual homeowner had to apply for the work to be done on their homes. It took some understanding on our part and working with an intermediary. Some people are suspicious of outside agencies. It took some convincing but once we got through that, people were thrilled.

Does Viola Street remind you of any other parts of Philadelphia?
It borders the park, so its unlike many other areas. It kind of reminds me of Fairmount. I remember what that neighborhood looked like in the late 60’s, early 70’s. It was dangerous to walk those streets. It has turned around and really benefitted from a great deal of development.

Have you been a part of community projects before?
My job at the Franklin Institute involves some community outreach but this (Viola Street) project has definitely been grassroots. At work, my job is to get young people interested in science and get them interested in going to college. This is much more grassroots. Let’s get people in these homes, let’s get rid of vacant cars, let’s see if we can get a store around the corner.

Any tips for people who would like to pull off their own community project in Philly?
Get out of your house and go to community meetings and talk to people. Talk to your committee person. Form a block association.

Who is involved?
There’s a core group of 7-8 people who have been working on this project consistently.

What’s an ideal day like for you in the Philadelphia park system?
On my bike, I would ride through the park in spring, summer or fall, onto the drive and head to the Wissahickon bike path on Forbidden Drive. I hate the winter! I’ve done it a lot, Yvette hasn’t joined me yet, but I hope she will!

What has your greatest joy been from this project?
Finding that people are just as interested as I am in working in their community in this neighborhood. I was surprised by that. 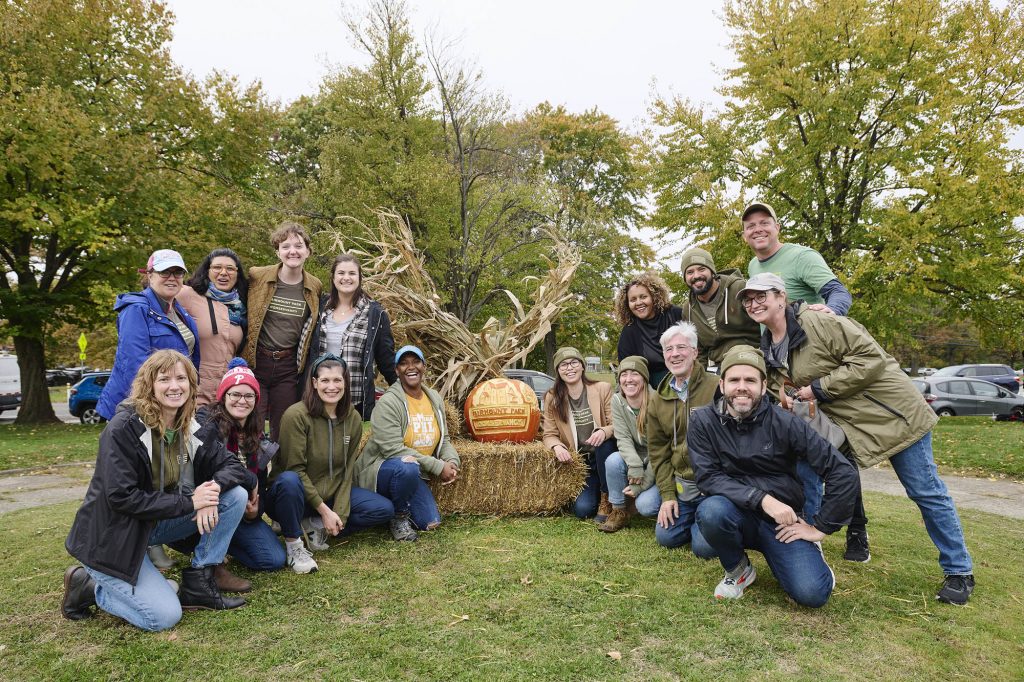 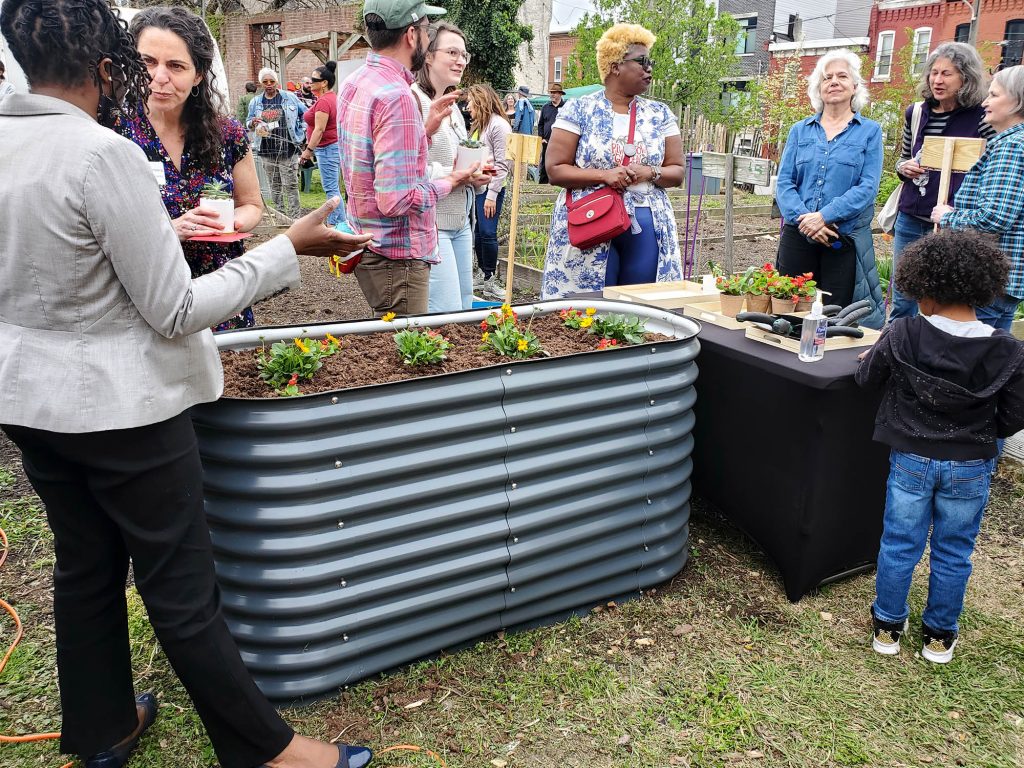