The act of enjoying a conversation with friends and family over a good meal is an experience that many of us have had before. But could food offer the same connection between different communities or strangers? That was the impetus behind the launch of Breaking Bread, Breaking Barriers, a program that began in 2016 as a Knight Foundation, Knight Cities Challenge winner for Reading Terminal Market.

Reading Terminal Market hosted a number of community and food pairing events in the Market, bringing new Syrian refugees and the longstanding Northwest Philadelphia community to the table. Anuj Gupta, General Manager of Reading Terminal shared his learning from the year of programming, which in turn spurred conversation with groups like Fairmount Park Conservancy, University of Penn Graduate School of Education’s Catalyst Conversations, Philadelphia Commission on Human Relations, and Vetri Community Partnership.

Through a series of conversations and under the umbrella of Civic Commons, the group of collaborators was able to take the concept of food, conversation and community into our public parks for Breaking Bread, Breaking Barriers 2.0 this past spring. In this iteration of the program, community members were invited to engage in conversations in the comfort of their own neighborhoods: South Philly, Germantown, Kensington, and Southwest Philadelphia. 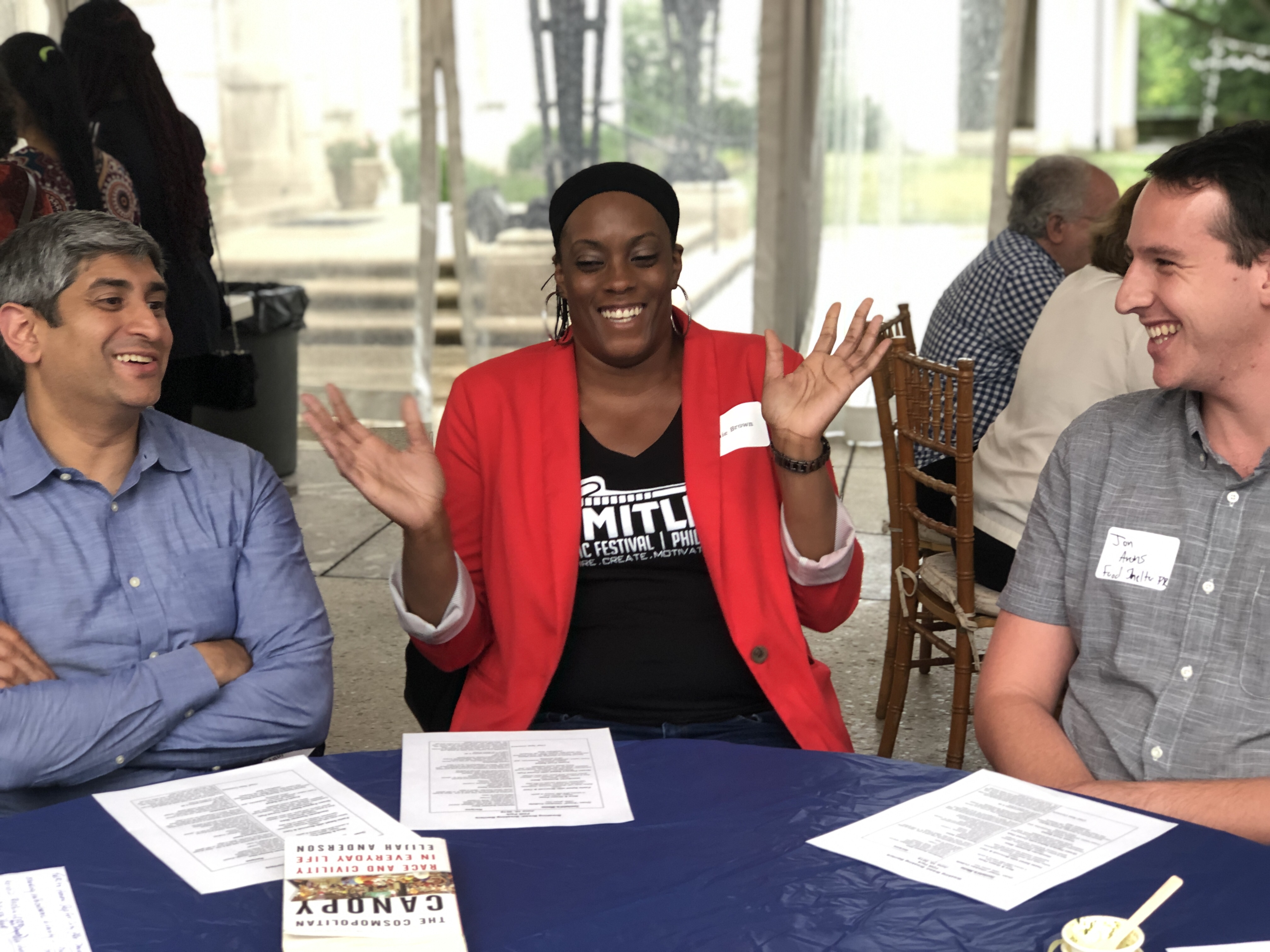 Each event was spearheaded by a park friends group or community organization identified by Fairmount Park Conservancy. Groups were encouraged to work collaboratively to develop a list of invitees to attend the dinner in their neighborhood public park. In South Philly, for example, invitees gathered in FDR Park for a meal to discuss the changing landscape of their park after the announcement of the park’s master plan.

With support from Vertri Kitchen and Chef Tess Connors, communities shared their stories over culturally influenced dishes in these shared spaces. Dinners ranged from catfish and German-style kugel to Chinese mango pudding and pescado a la veracruzana. The fusion of dishes from communities is a Breaking Bread staple acting as the connection point from attendees to engage beyond their cultural borders via flavors and food. 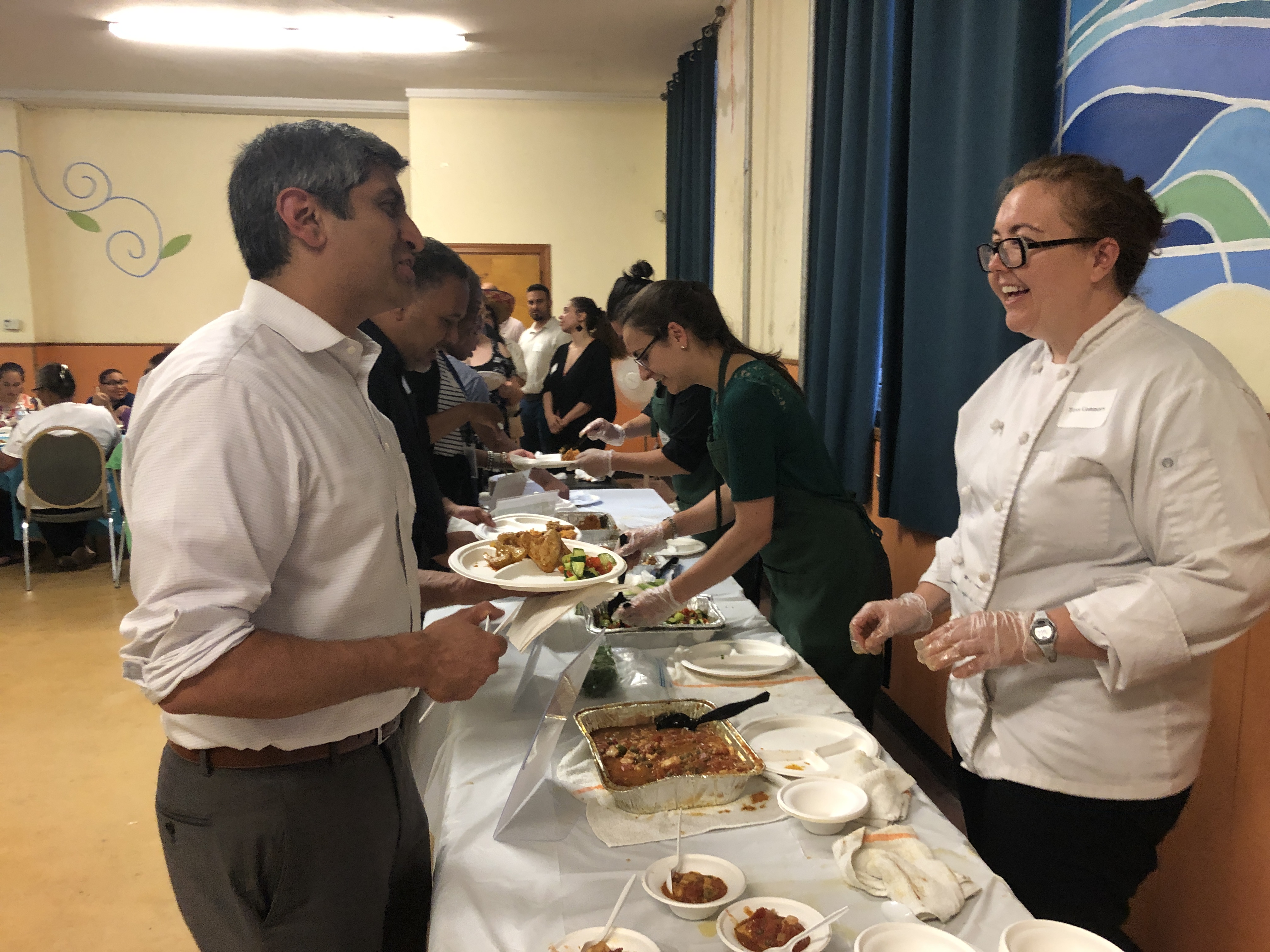 The hosting the second round of Breaking Bread, Bread Breaking Barriers in public parks, is in an effort to encourage those in the community to become more civically engaged. Having conversations about your neighborhood, in your neighborhood park, with your neighbors can support the breaking down silos in regards to programming, communication and potential conflict. The use of the community groups as dinner liaisons and organizers will hopefully continue to empower them to use their gathering spaces, specifically public parks and lots as gateways to community gathering and hubs for cultural exchange.

Breaking Bread, Breaking Barriers 2.0 does not end here. Penn’s Catalyst Conversations team will be hosting meeting facilitation and conflict resolution trainings so that communities can host their own Breaking Bread dinners.  Along with another round of dinners, participants will be resourced to host a potluck-style dinner, allowing for more attendees, a larger variety of dishes and the hopes of continued cultural celebration, differences and similarities alike. 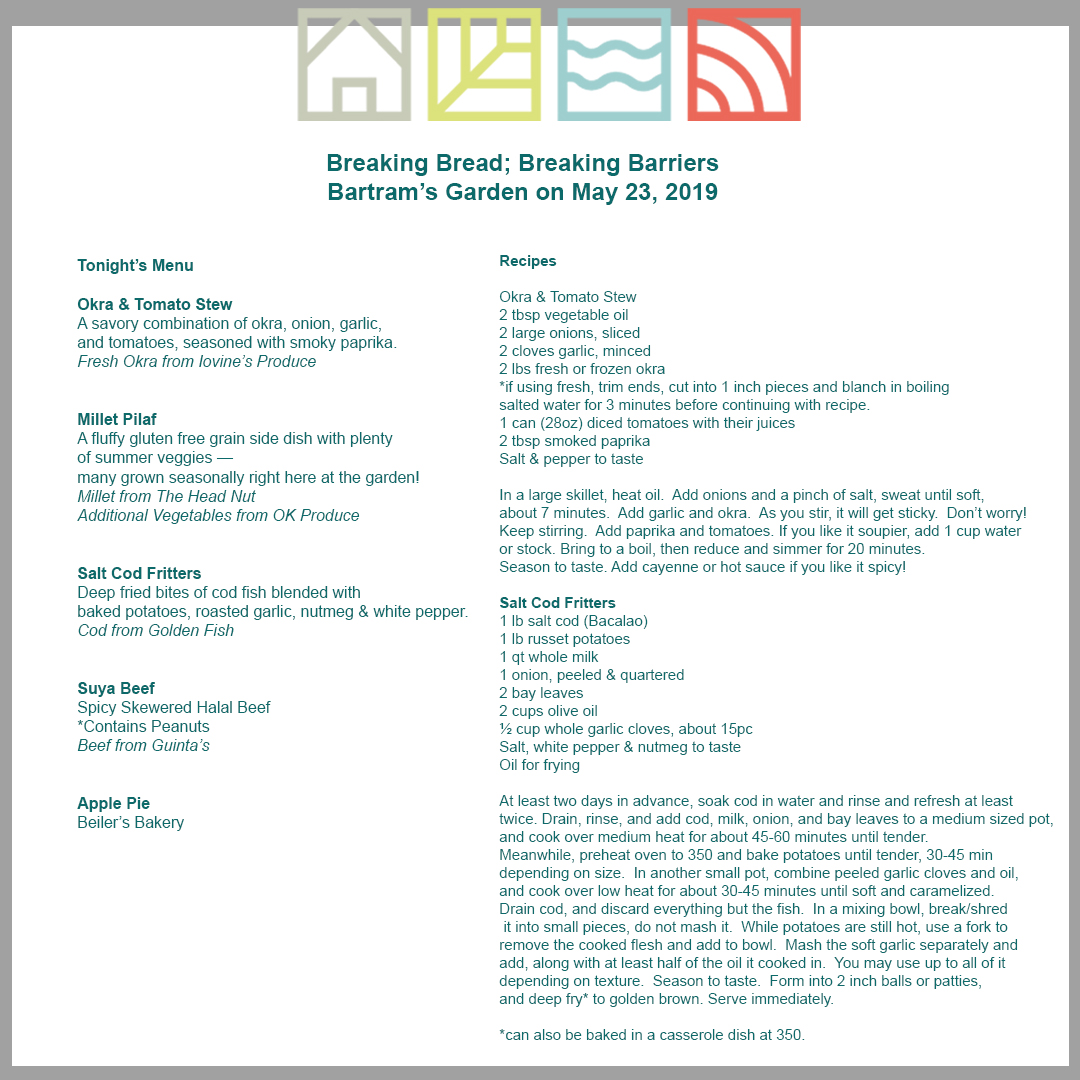 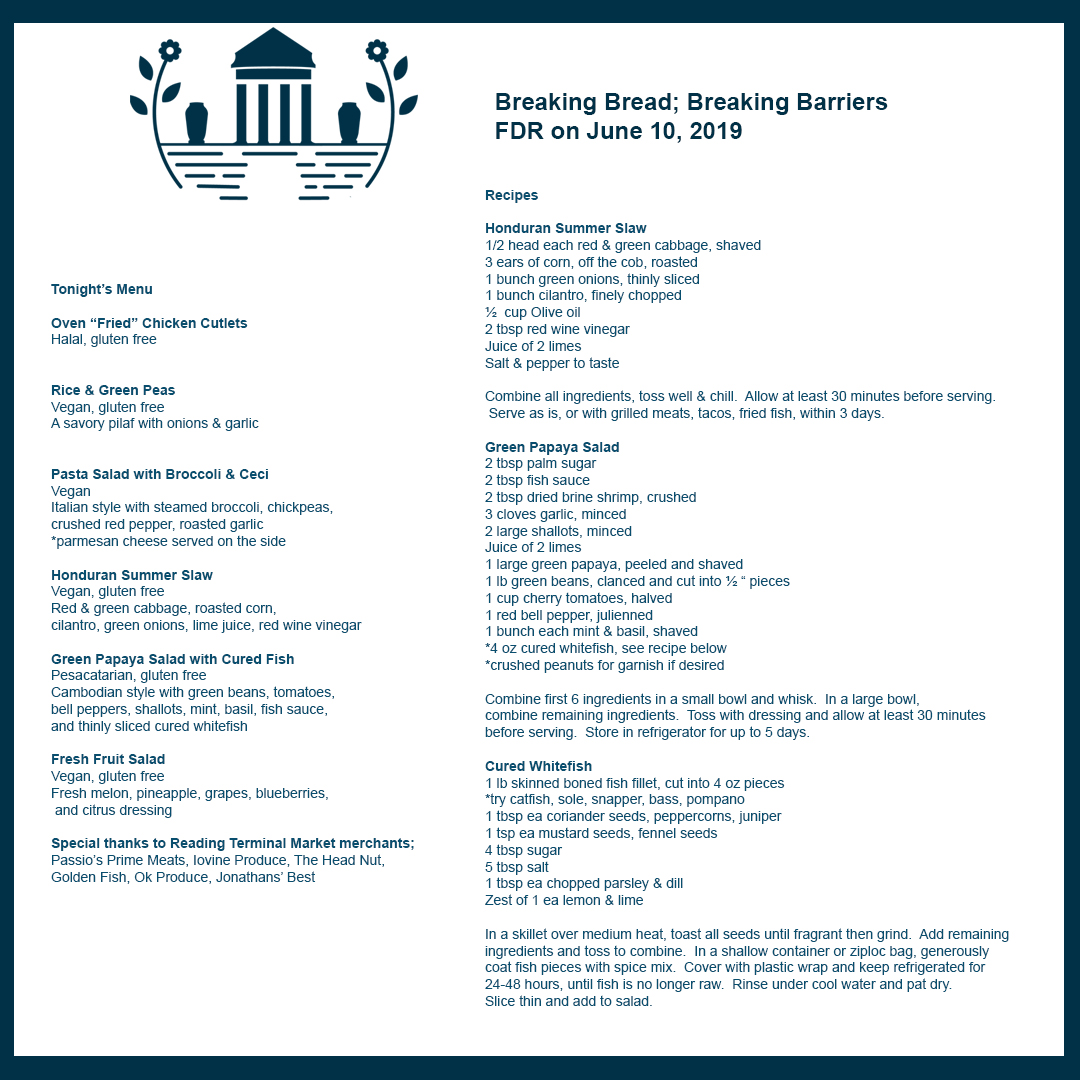 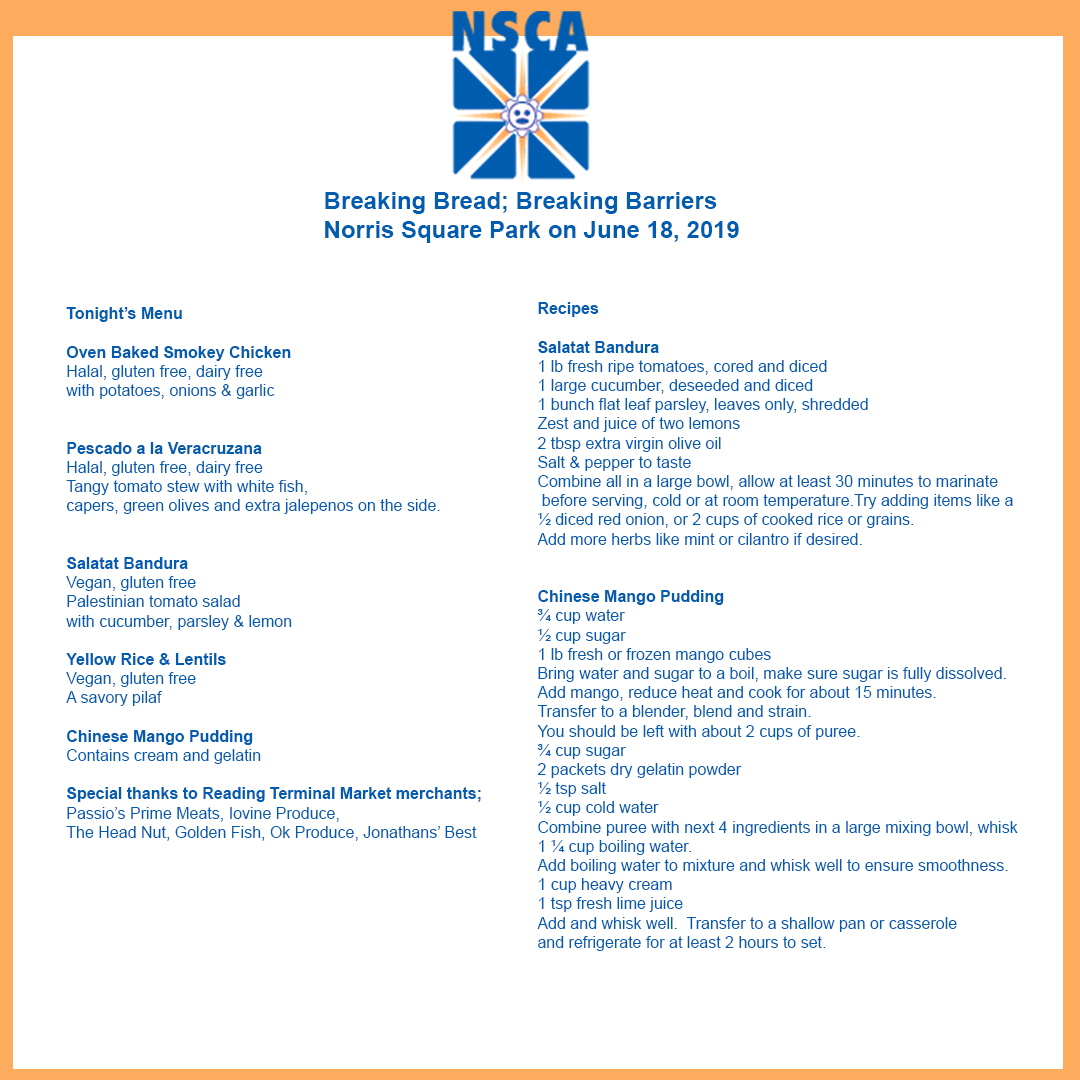 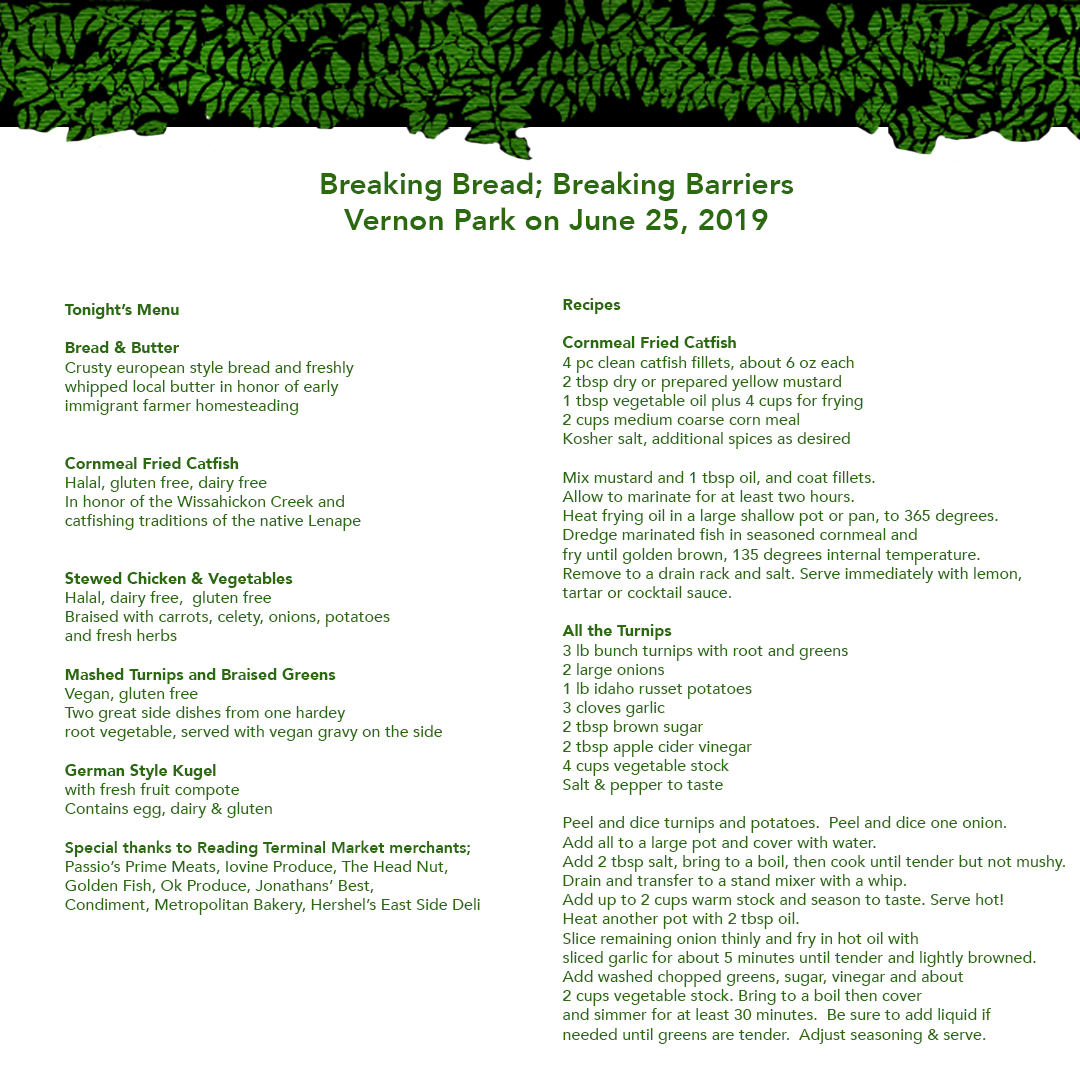 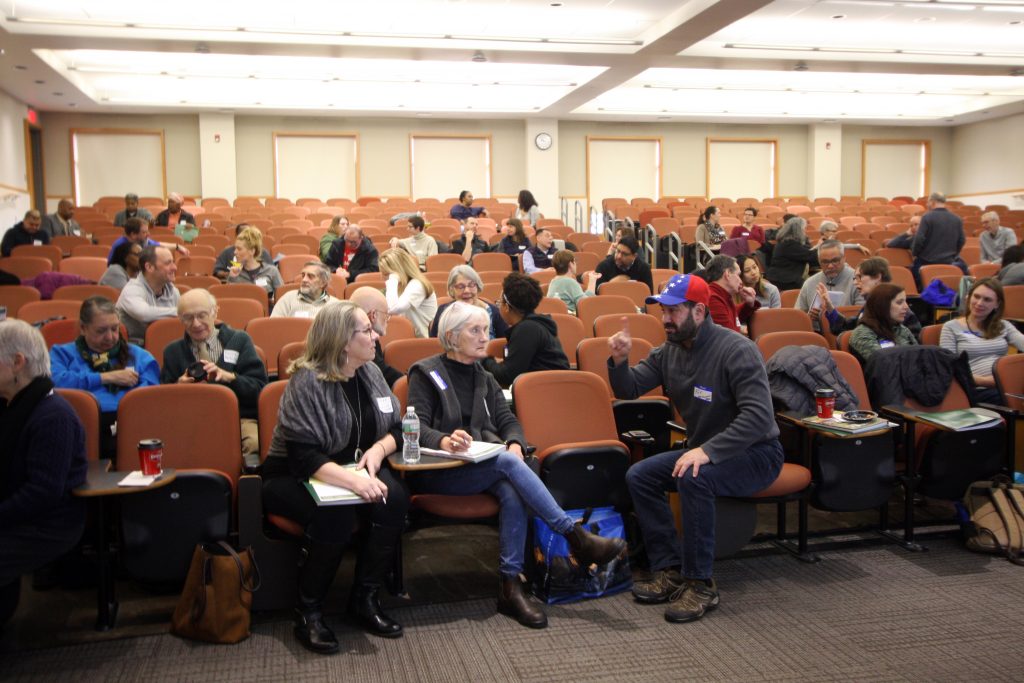 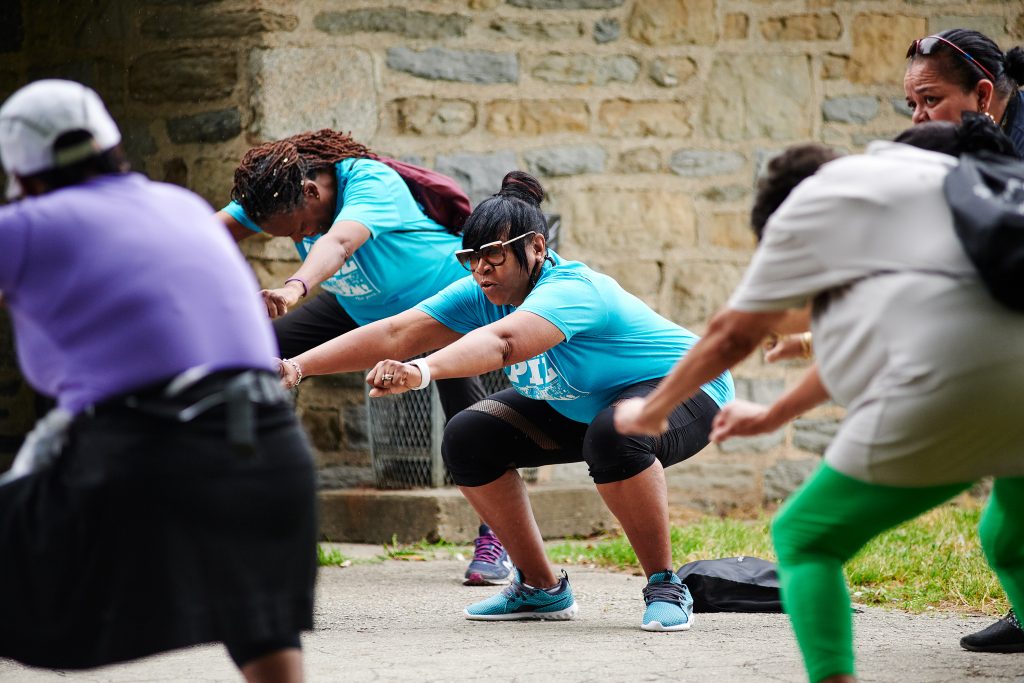