Earlier this month, dozens of Park Friends Groups gathered for a day of learning at the annual Park Friends Network Conference at the University of the Sciences, this year’s conference sponsor. Each year, Fairmount Park Conservancy and Philadelphia Parks & Recreation’s Stewardship Team organize this special event to bring together Park Friends Groups from across Philadelphia to network and learn more about how they can be great stewards of their neighborhood parks.

Suzanne Nienaber of the Center for Active Design kicked off the day with a keynote speech on why civic life matters. She featured key findings from the center’s recent publication “Assembly: Civic Design Guidelines,” including a number of successful examples from Philadelphia, from Love Your Park to The Oval+.

The Park Friends then broke out into four moderated discussions, where they learned about conflict resolution and consensus building, storytelling tactics, the behind-the-scenes world of Philadelphia Parks & Recreation, civic engagement strategies, and what it means to be a Park Friends Group. Here are 5 helpful tips that our Park Friends learned from the conference!

Want to make sure people show up to your monthly meetings? Host them in the park! People are 21 percent more likely to attend these meetings if the event is held outdoors, according to the Center for Active Design. For more helpful findings, download a copy of the guidelines here.

2. Tell your story on the ground and digitally

Digital engagement through social media can be a powerful booster to on-the-ground work to raise more awareness about your park, says Brittnie Knight, Program Associate of the Knight Foundation. Think of Twitter, Instagram, or Facebook as a way of reaching different audiences and creating new relationships. And you don’t need to be on all three–you can choose one or two depending on what kind of story you want to tell.

Conflict resolution and consensus building can be tricky to navigate, but they’re important skills to know and practice in the Park Friends world. When having a conversation with someone about a difficult situation or topic, it’s important to actively listen. Active listening means you are processing and learning from what the other person is saying, explains Randy Duque from the Philadelphia Commission on Human Relations. Try to understand where they are coming from and what they are trying to tell to you.

4. Have a conversation over a good meal

When Melissa Rivera of Friends of Hagert Playground was trying to connect with youths of the neighborhood, the first question she asked them was, “You guys hungry?” They were, so she ordered a pizza and invited them over for dinner. Their impromptu conversation over a meal forged a connection between Rivera and the children about the playground, and to this day they still help out and volunteer at events in the park. 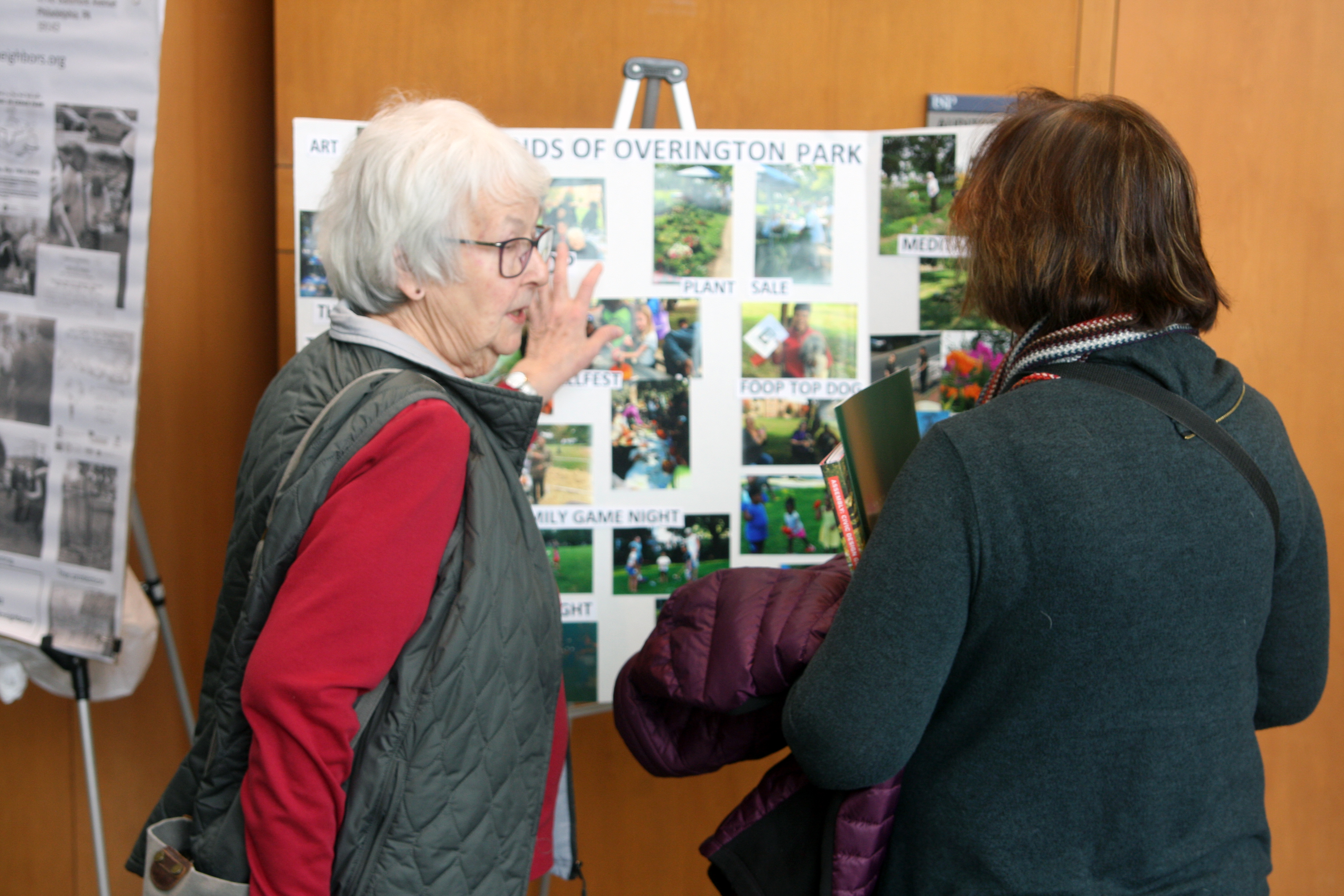 5. Team up and collaborate to advocate

There is power in numbers, says Friends of the Free Library, who launched a large campaign in 2018 to increase funding for the city’s libraries. In order to communicate their message to the general community and those who make decisions that affect these public spaces, the various Library Friend Groups formed coalitions in each of their council districts to advocate for their libraries. It was just one effective way of bringing the network together and tell their story in as many places as possible.

Interested in joining or starting a Park Friends Group? Check out the list of active groups here. 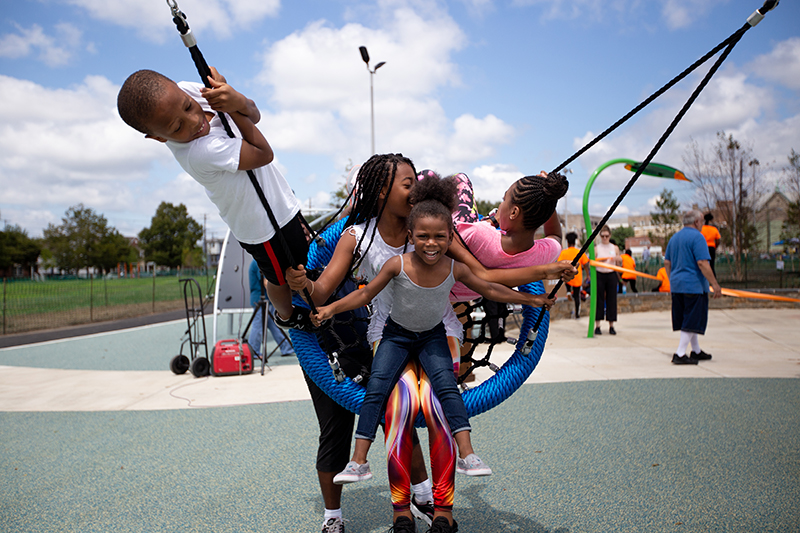 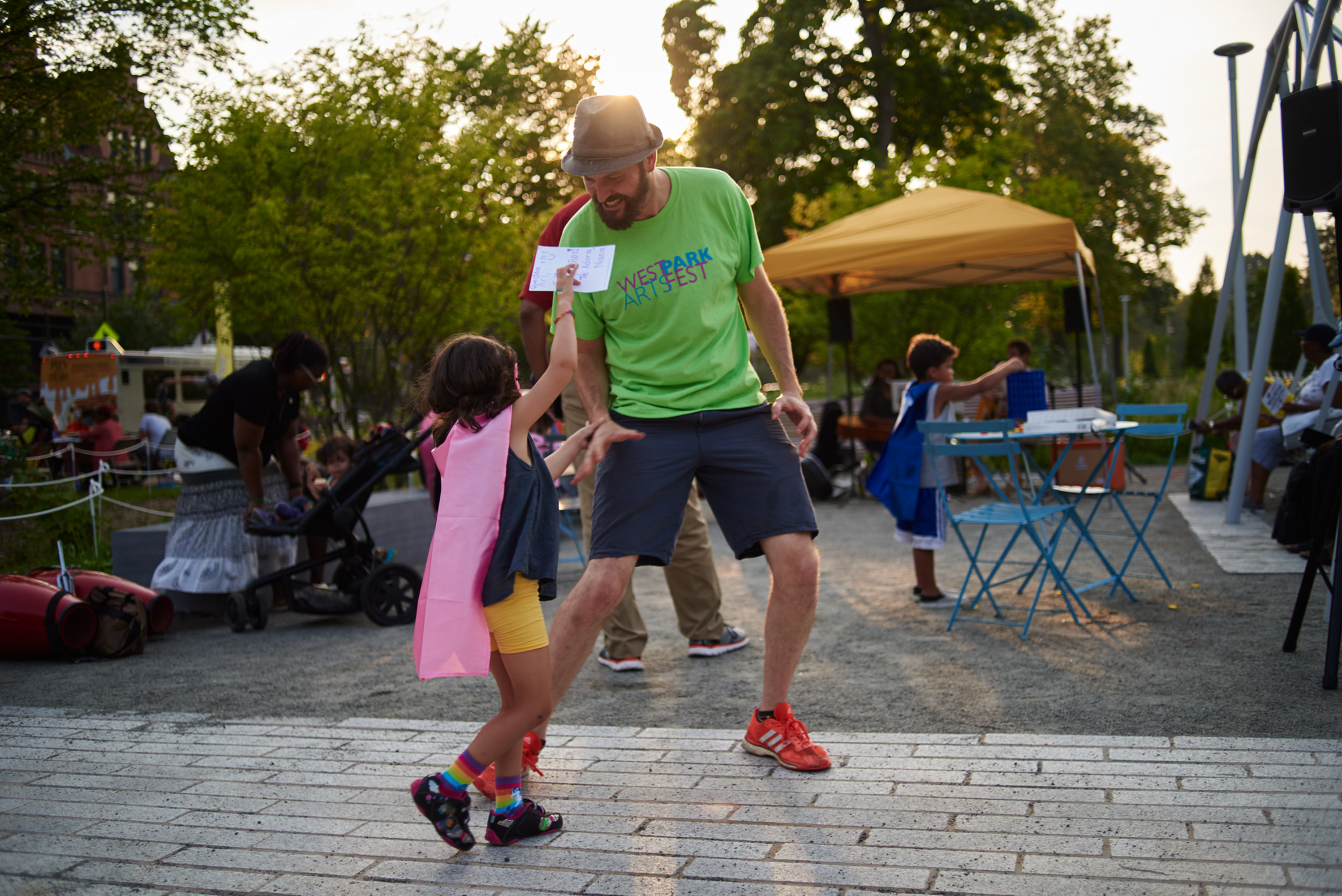