The rehabilitation of the historic Letitia Street House in West Fairmount Park has received a 2018 Preservation Achievement Award from the Preservation Alliance of Greater Philadelphia.

The award, which will be presented to the Conservancy on June 6, 2018 at the Preservation Achievement Awards, comes months after the completion of the multi-phase project, which first kicked off in 2013. The Conservancy served as the project manager during the project’s second phase and worked closely with Philadelphia Parks & Recreation and Centennial Parkside CDC to bring the historic home back to life.

“The Letitia Street House project is a great example of  how public-private partnerships work to bring all the pieces of an adaptive reuse project to completion,” says Lucy Strackhouse, the Conservancy’s Senior Director of Preservation and Property Management. 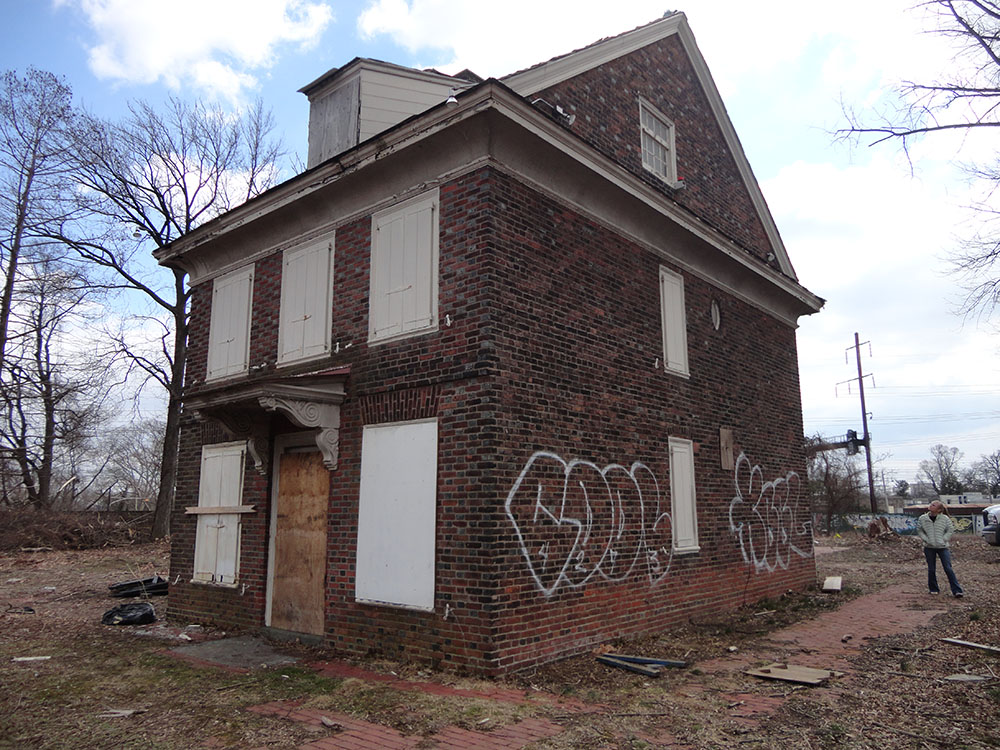 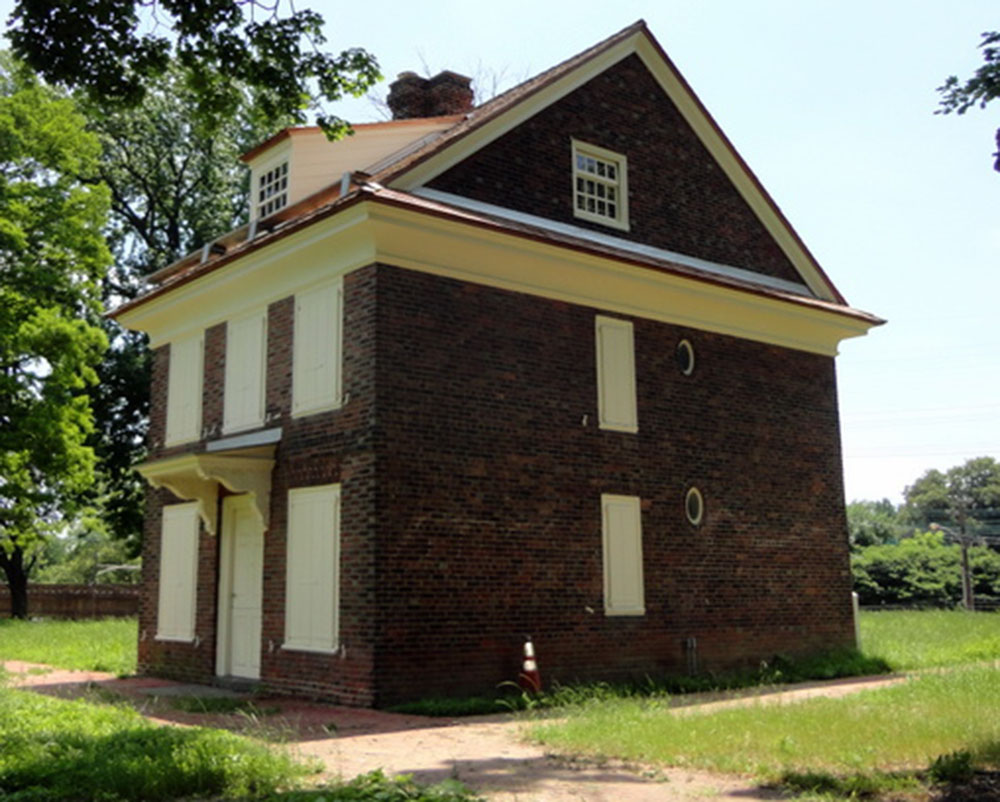 The Letitia House in 2011 versus 2014, after the completion of the first phase of the rehabilitation.

It’s been a long and winding road for the Letitia House, was originally located in the Old City neighborhood of Philadelphia. It was once thought to have been the home of Letitia Penn, the daughter of Philadelphia’s founder William Penn. However, it was most likely built between 1713-1715 by a merchant and Quaker preacher named Thomas Chalkley.

In the late 1800s, the city saved the Letitia House from demolition and carefully moved it to 3401 West Girard Avenue in West Fairmount Park in 1883. It enjoyed years as a house museum and later as an office for the Wildlife Preservation Trust International and the Philadelphia Zoo. But after the Zoo declined to renew its lease in 2008, the Letitia House sat vacant for years, unable to attract new tenants due to its poor street visibility, inaccessibility, and small size—it is only 1,200 square feet. 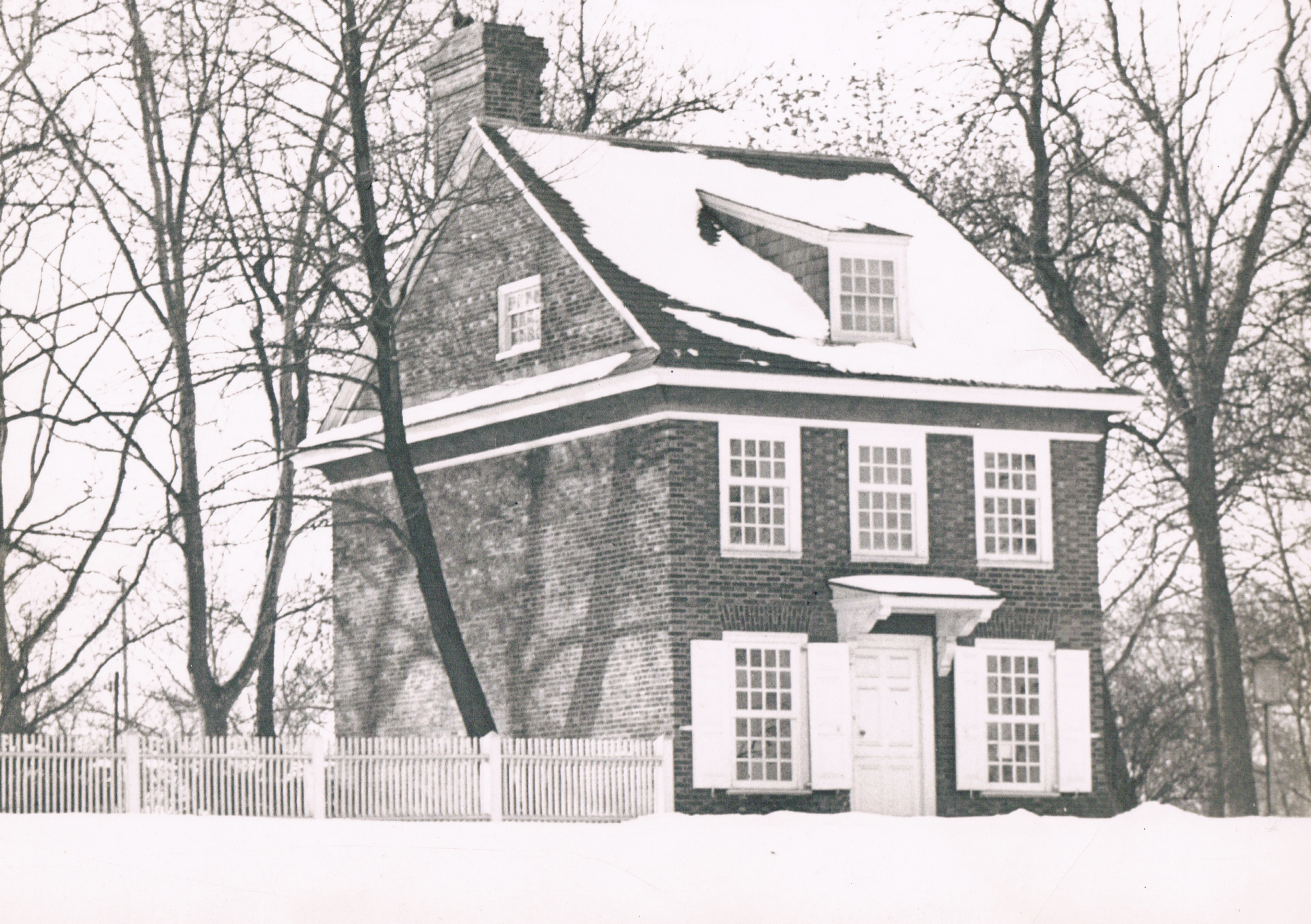 In 2013, using $600,000 in city capital funds, Parks & Recreation embarked on the first phase of the Letitia House rehabilitation project. A team of conservators and an architect restored the building’s exterior, updated the home with a geothermal heating system, and made some select interior repairs to bring the historic building up to code and make it handicap accessible. Graduate students from University of Pennsylvania Masters in Preservation program also helped out, completing a paint analysis to choose appropriate colors and finishes.

“We felt that activating an underutilized building in Fairmount Park was a good way to take advantage  of a great community resource and also bridge the divide between East Parkside and the Park,” says Chris Spahr, Executive Director of Centennial Parkside CDC. “For the same reason that it is somewhat difficult to access if you are unfamiliar with its location, it is a bit of an oasis where residents can gather for meetings, to enjoy the park, or to appreciate the view of the Philadelphia skyline.” 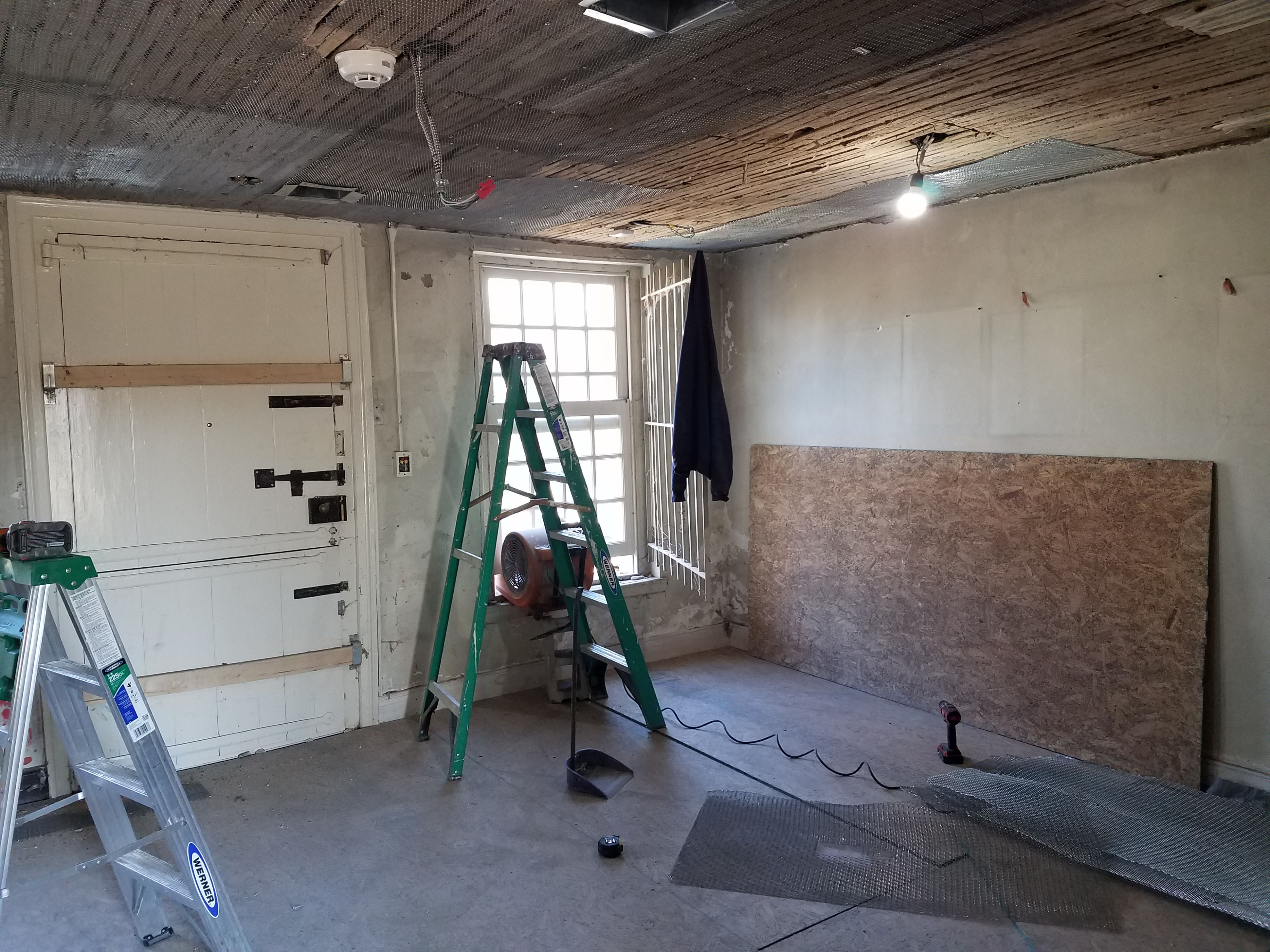 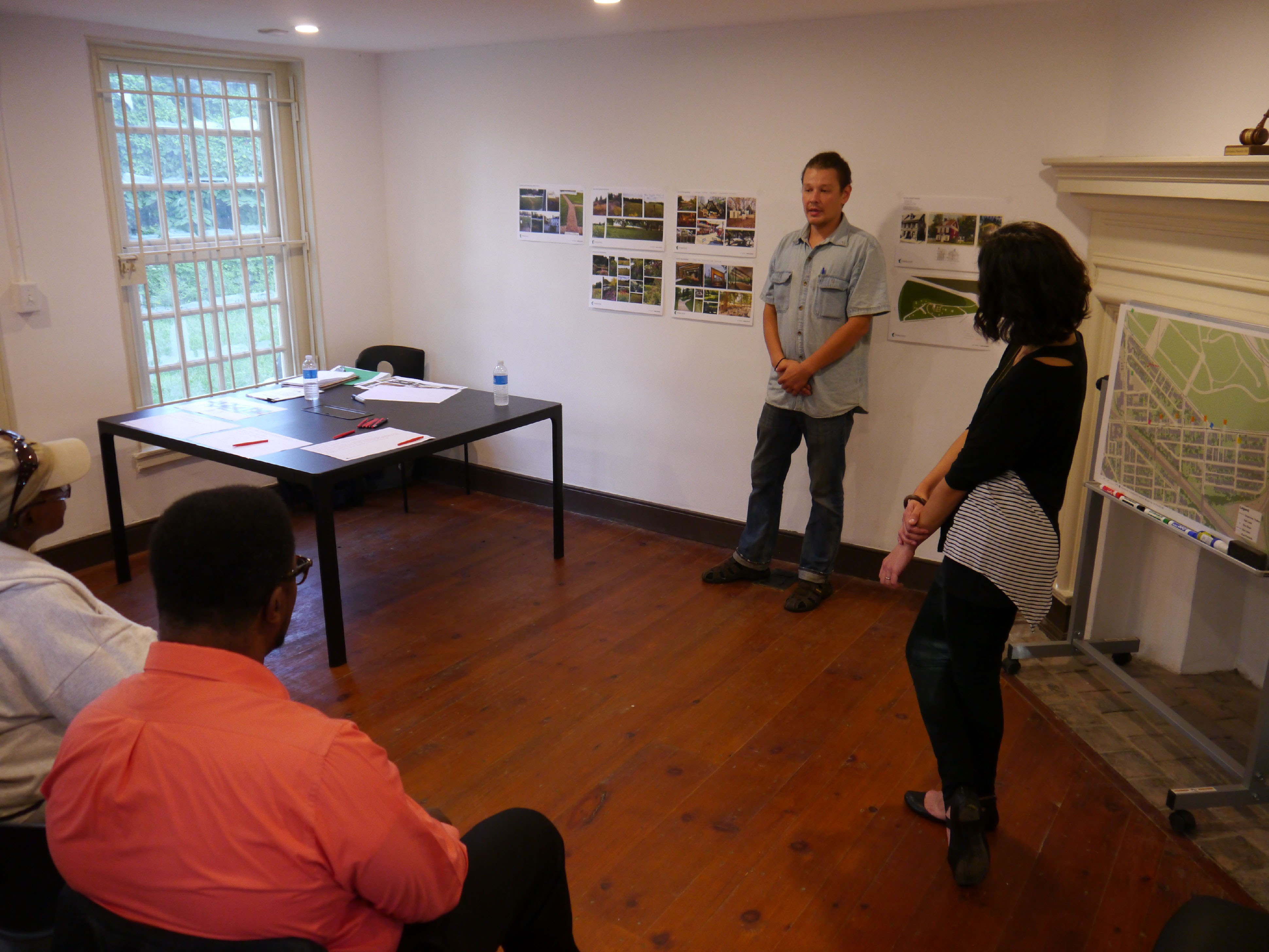 In 2015, Centennial Parkside CDC became the first tenant of the Letitia House since 2008. 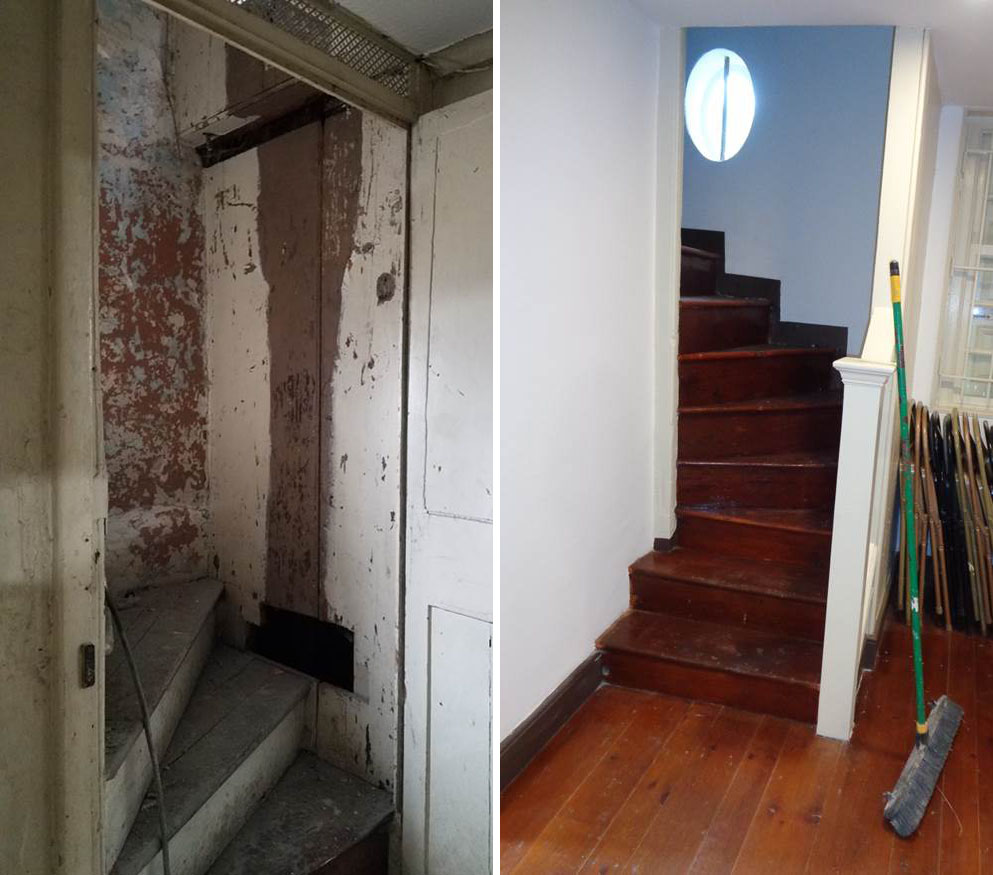 With help from an $80,000 grant from the William Penn Foundation, the Conservancy and the CDC oversaw phase two of the project, which began in January 2017. This phase allowed the CDC to put finishing touches on the Letitia House, including plaster restoration, electrical work, flooring repairs, and a new kitchenette.

Although the Letitia House’s physical transformation is complete, it’s just the beginning for the Parkside community. Says Spahr, “We look forward to activating an acre of land around Letitia House this spring and summer as a community gathering space for gardening and other outdoor events.”

To view Fairmount Park Conservancy’s complete list of awards, click here. To learn more about our comprehensive preservation, conservation and project management services for historic buildings and sculpture in and around Philadelphia, click here. 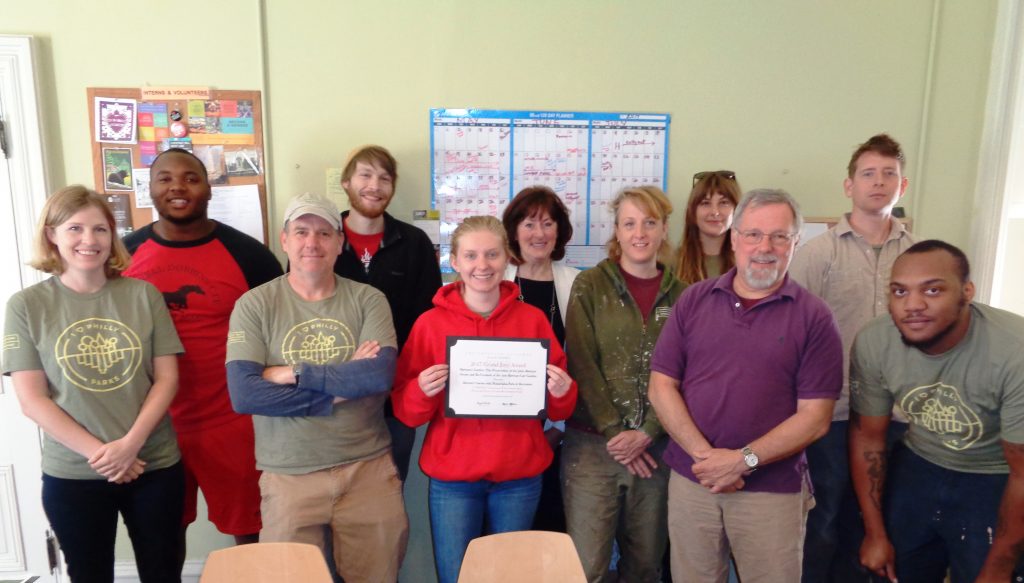