Gina Bernitt is a guest contributor who completed the Historic Fairmount Park Scavenger Hunt on June 4th and volunteered to write a blog post for us about her experience.

On Sunday, June 4, I discovered Fairmount Park.  Of course, I had heard of the park my whole life, being born and raised within 20 miles of Philadelphia.  But this was the first time I actually realized what Fairmount Park really was.

The week before, I had seen a Facebook post from PhillyVoice.com, with the headline “Compete in first-ever Historic Fairmount Park Scavenger Hunt,” and I decided I wanted to do it.  My husband and I are recent empty-nesters and I have been determined to start getting us involved in fun events and new activities.  Otherwise, I feared, we might stagnate and grow old with a lazy, sedentary lifestyle, rarely bothering to leave our comfortable suburban neighborhood.   So, my new mantras had become carpe diem; YOLO; Why wait?! The scavenger hunt sounded like the perfect activity to fill the empty square on our calendar that weekend.   Not only did I love the idea of playing the game, but I also loved the historic aspect of it (which I knew would especially appeal to my husband) as well as the fact that the hunt would be done on our bikes.

So, as it turned out, the scavenger hunt event more than lived up to our expectations.  The game itself was great, thanks to the 60 or so great hunt clues prepared by the staff, and also the handy-dandy cell phone app, “Scavify”, that made the game logistics effortless.  And the biking was great: a manageable distance, covering about 10 miles, and terrain that was safe, scenic, and not too challenging.  But the big, unexpected bonus was Fairmount Park itself!

As I said, I have lived in the suburbs all my life.  But I was one of those suburbanites who rarely ventured into the big city.  It had no appeal to me.  I always thought of the city as noisy, dirty, confusing, expensive, even scary.  I was afraid to drive there. I had no confidence that I could navigate the one-way streets or parallel park.  So, the closest I got to the city was riding down the Schuylkill Expressway a couple of times a year, to get to New Jersey, and that was scary enough!   I generally opted for sticking to my local vicinity for restaurants, shopping, and recreation.

So, what did I know about Fairmount Park?  Not much.  I just thought that it must be a big chunk of green space somewhere near the Schuylkill Expressway. (I didn’t even know exactly where it was!)  Maybe it had some picnic tables and bike paths.  Maybe it had a fountain or two, for all I knew.  So, imagine my surprise when I took a grand tour of the park during the scavenger hunt!  For one thing, the park is HUGE!   And the guide map that we were given at the hunt showed that we only explored a small portion of the park.   We saw quiet bike paths, streets with car traffic, many historic monuments and statues, fountains and water features, scenic hills and river views, ball fields, and beautiful bridges over the Schuylkill River.   Even though we were fully occupied with our mission of completing the scavenger hunt, I couldn’t help taking time to snap pictures of the captivating scenery.  But what I was most impressed with was the historic mansions!   I never knew that these beautiful, historic properties existed in Fairmount Park.  And to be able to walk around inside and explore them was such a rare treat!    We determined that we would have to come back and visit again when we had more time to linger.  And we have many out-of-town family and friends that we would love to bring there with us.

I am feeling more adventurous regarding the city now than during my earlier days.  I have recently started working in Center City, and I am finally starting to appreciate what the city has to offer.  But until the scavenger hunt last week, I had still not been exposed to Fairmount Park, and I am somewhat embarrassed that I had such a wrong impression of it!  There is so much more to it than I imagined.   We are now the proud owners of a decorative souvenir map of Fairmount Park, which was our prize from the scavenger hunt, and which we have since gotten laminated.  It reminds us of all the other parts of the park that we are looking forward to exploring. 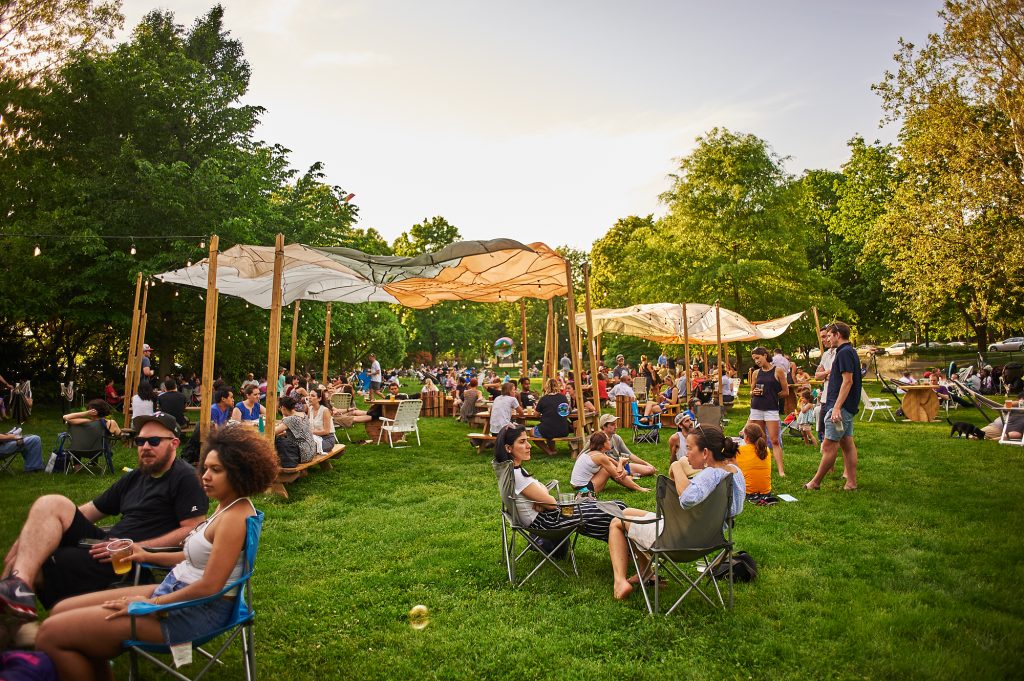