Today, the Cecil B. Moore Library branch of the Free Library of Philadelphia is a gathering place to both learn and play. Its walls are lined with books upon books, as one would expect with any library. Then, there’s the rock-climbing wall.

The rock-climbing wall is the newest addition to the library, made possible by a learn and play initiative funded by the William Penn and Knight foundations. The space has drawn more children and teenagers and encouraged more programming and events to take place at the library. It’s also also among the first cohort of 64 qualifying sites for Rebuild, the city’s initiative to invest hundreds of millions of dollars to revitalize more than 100 neighborhood parks, recreation centers, playgrounds, and libraries across Philadelphia

Now, long-time library supporter Jerrold Siler wants to make sure the community is in the know about all that Cecil B. Moore Library has to offer.

“I’ve been a fan of libraries for a long time, even when going to a library meant just sitting down and reading a book,” Siler says. “And I’m still a fan of the library and its potential.”

Since then, Friends of Cecil B. Moore Library have been working hard to cross off a list of 10 initial goals they wanted to tackle.

“One of those goals was to create a vehicle to share with folks what’s going on in the neighborhood,” says Siler. The group recently launched www.cecilbmoorelibrary.org, where visitors can find out what’s happening both at Cecil B. Moore Library and in the community. They’ve also set up a Youtube channel and each year host a popular Back to School Ice Cream Social.

But Siler is eager to do more to support the library and the communities that use it. “One of the challenges we have to address is how to get more folks engaged with the information that’s on the shelves. These days, we get so much information that comes to us in bits and pieces that we don’t really interact with it,” he said. “It becomes a challenge to get folks to want to pick up a book, read it, think about it, and incorporate it into their lives so they can truly benefit from it.” 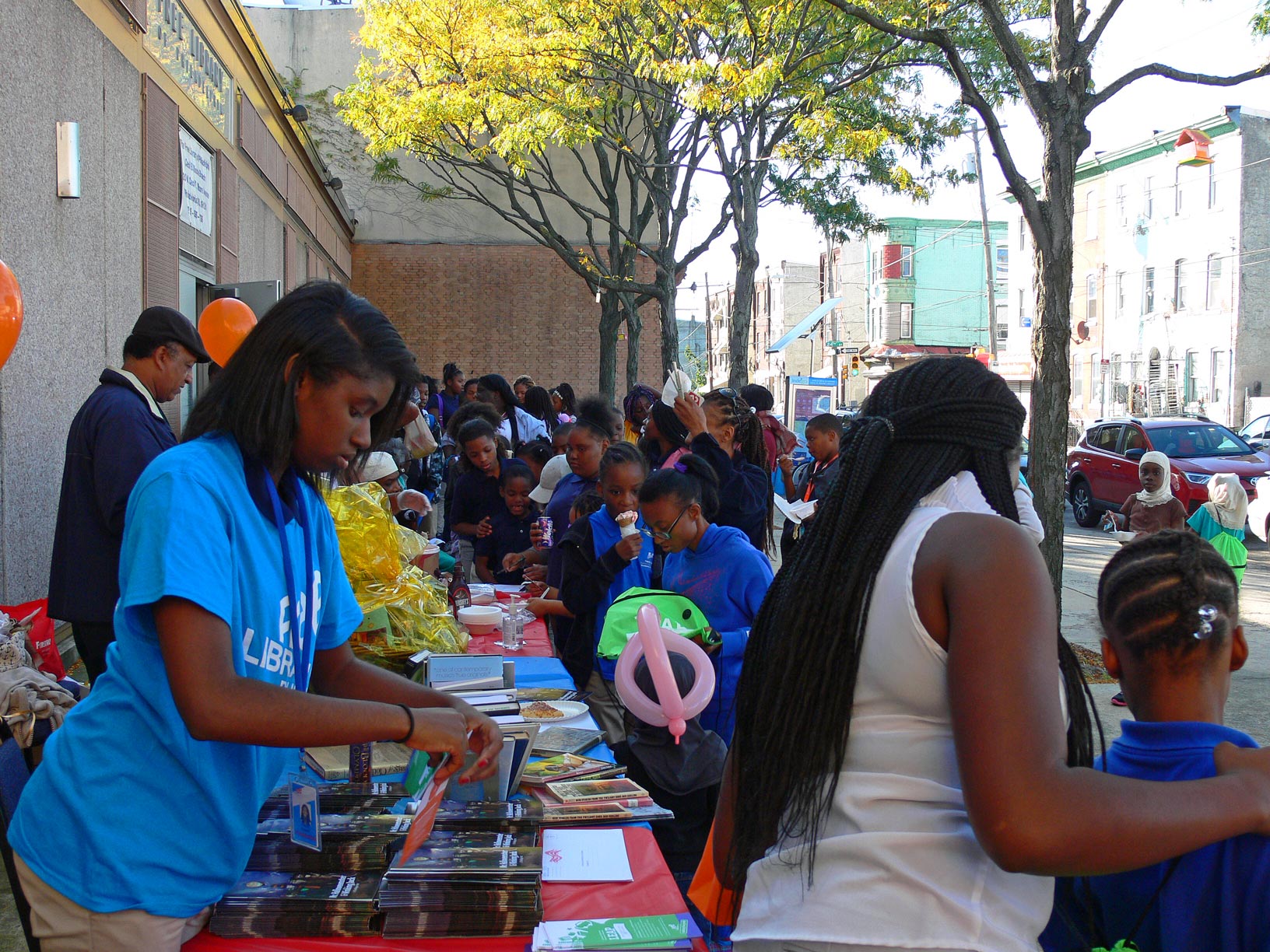 Friends of Cecil B. Moore Library host a Back to School Ice Cream Social every year at the library. Photos courtesy of Jerrold Siler.

In the future, group hopes to put on a series of literacy workshops at the library, provide more adult programming, and raise more funds so that the library can stay open on Saturdays – which Siler says is the only day many people can come and take advantage of all that the library has to offer.

But as a group of six, Siler acknowledges that it’ll take more members and collaboration with other Library Friends groups to be able to accomplish their list of goals. That’s why he’s looking forward to the Public Space Summit on October 27th, where nearly 300 public space stewards like himself will gather to learn and swap ideas from each other.

“I’m interested in ways to market the organization, attract new members, and ways to advocate on behalf of the library,” he said. “Perhaps if we were to partner with other Friends groups, we’ll be able to find a way to tackle particular issues together.”

Rest assured, Siler says he’ll be armed and ready with pencil and paper once again to advocate for Cecil B. Moore Library and make it a place for everyone to enjoy and learn together.

“I personally believe that the library can be a change agent,” Siler said. “It can change your life and make it better.”

To learn more about the Friends of Cecil B. Moore Library and to get involved, please visit cecilbmoorelibrary.org.