Soon after artists Stephane Rowley and Lisa Volta had installed their collaborative work, Weaving Water, outside East Fairmount Park’s Hatfield House, two teenage boys on bicycles stopped to ask them about the project.

“They said they thought it was cool, but they didn’t know what was happening,” Rowley said. “They commented that that’s one thing they enjoy about Philadelphia: You never know what you’re going to find.”

The artists shared apple cider with the teens and talked about the work, which aims to “draw attention to conservation efforts and growth in our city concerning historical structures, urban development, and the preservation of our natural environment,” as Volta’s website describes.

Volta hoped the exchange furthered the Conservancy’s goal of turning Hatfield House into a gathering place for Strawberry Mansion residents.

“For a long time, the general feeling was that (Hatfield House) wasn’t for the community. It was an island in the neighborhood,” Volta said. “It felt good to creatively contribute to drawing people in.”

The installation features two 5 x 18 foot-long panels hanging from the house’s roof line. Both contain printed images, including collaged photos of water and drawings of native plants. Woven fabric in the panels’ upper half adds an interesting design element and weighs down the panels.

The original panels were single pieces of printed cotton broadcloth that were cut and resewn. “My thinking was that in every act of nature, there is deconstruction to create new growth,” Rowley said. The panels were machine-sewn, the accents were hand-sewn.

The panels seem to be part of the house from a distance, mimicking the windows.

“People have told me that when the wind blows, it looks like the building is breathing,” Volta said. 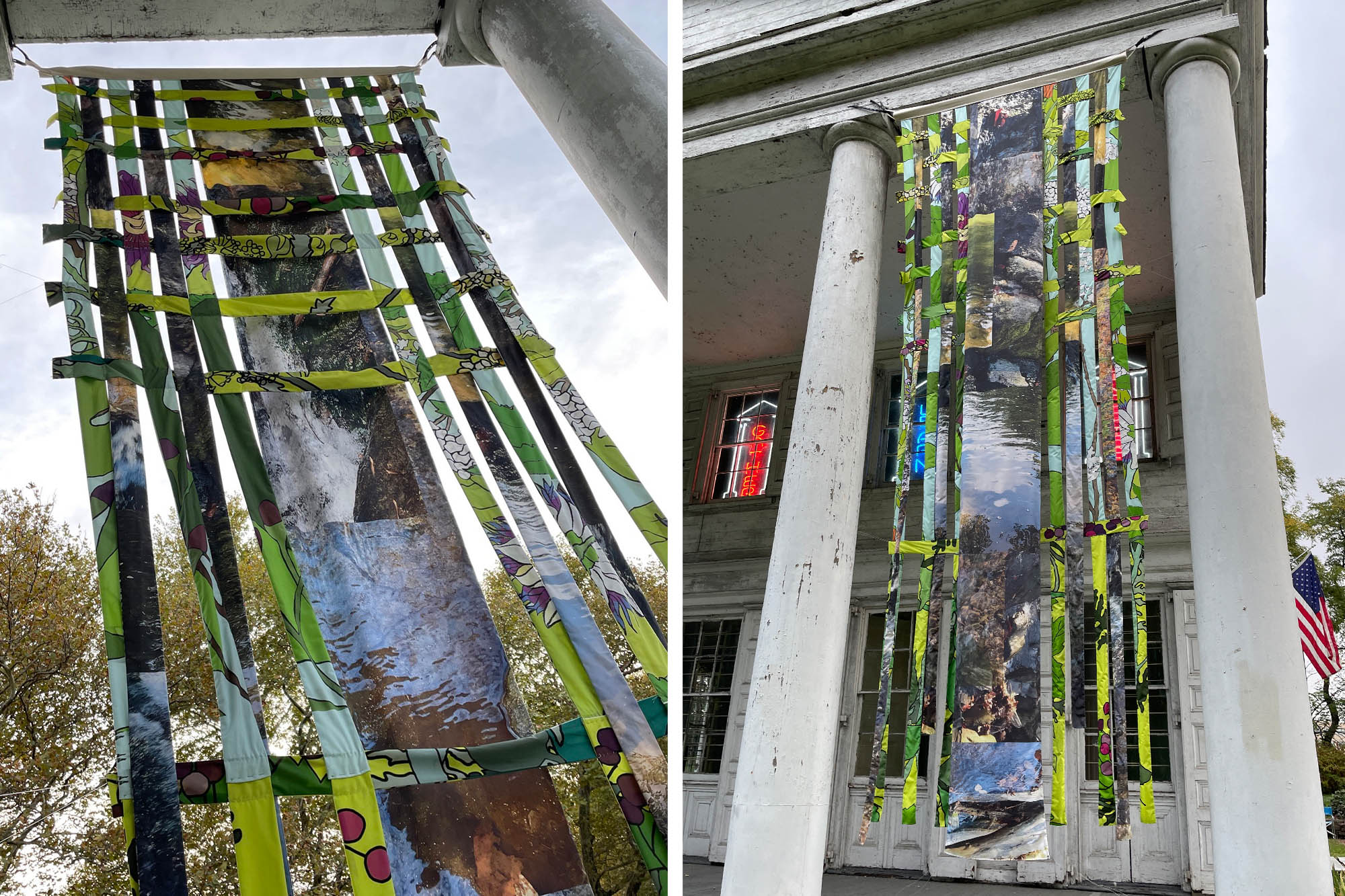 The title Weaving Water has multiple meanings. One is that the project served as an opportunity for the artists, long-time friends – to weave their mediums together, “creating an artwork that plays on how our actions inform our content and vice versa,” Volta said.

Volta is primarily a painter who also works in photography. Rowley works with fabrics and thread, and her woven and sewn works reuse discarded materials to send a message about sustainability.

Second, the panels contain images of water that are literally hand-woven together. And water, when naturally flowing in streams or rivers, weaves through a landscape.

Finally, no one can actually weave with water, which symbolizes the challenges we face as a society as we seek to work with, not against, nature.

“Everyone wants to move forward in a positive way, but it’s tricky,” Rowley said. “But we must keep trying, even though it might seem impossible.”

The photo collages are compilations of images Volta shot in Wissahickon Park. She took photos in different areas from different angles and collaged drawings of native plants, adding texture to the artwork. 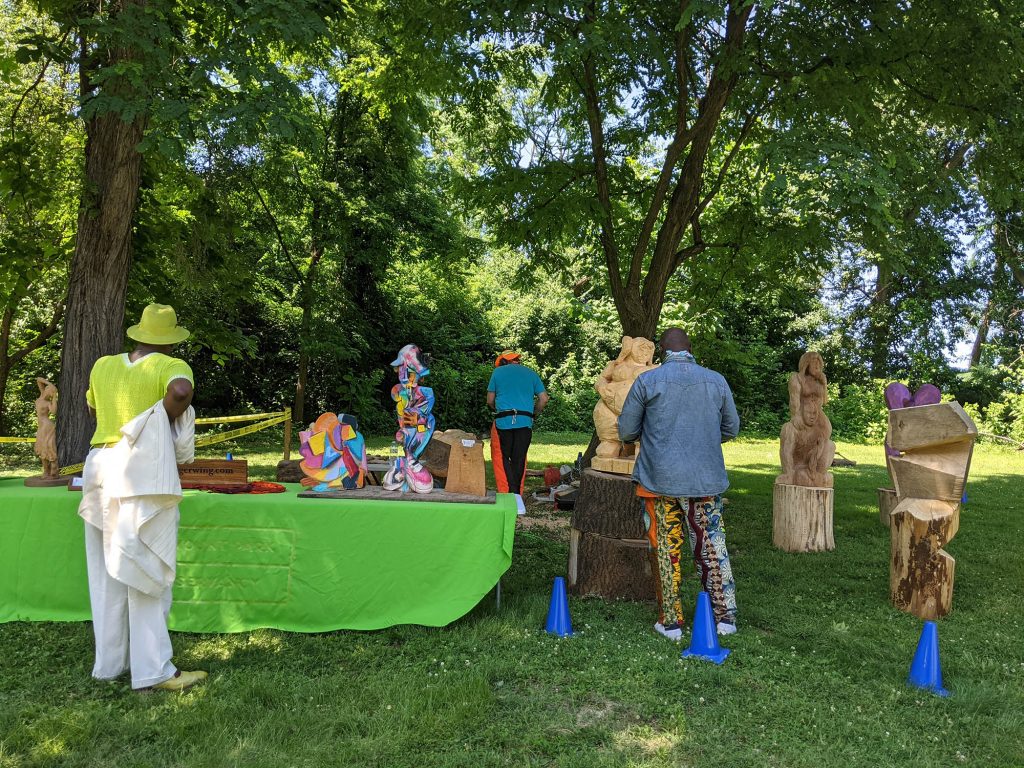 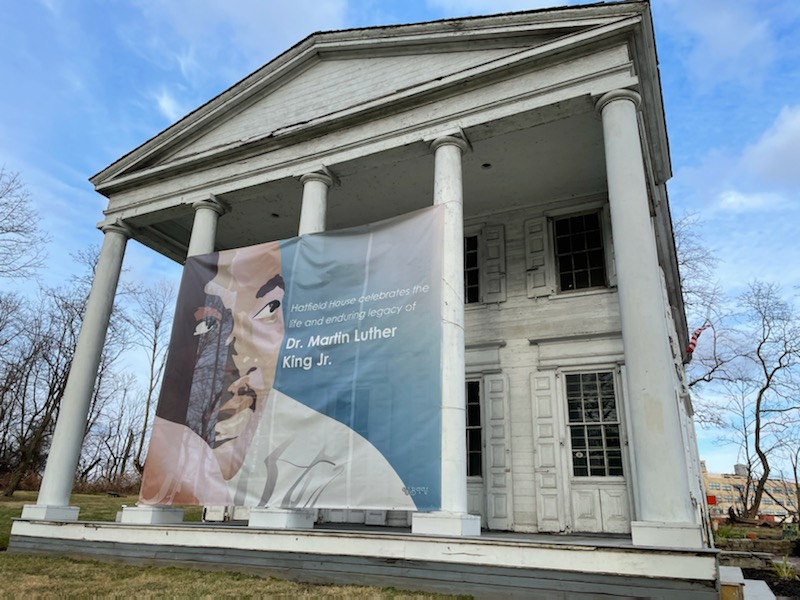 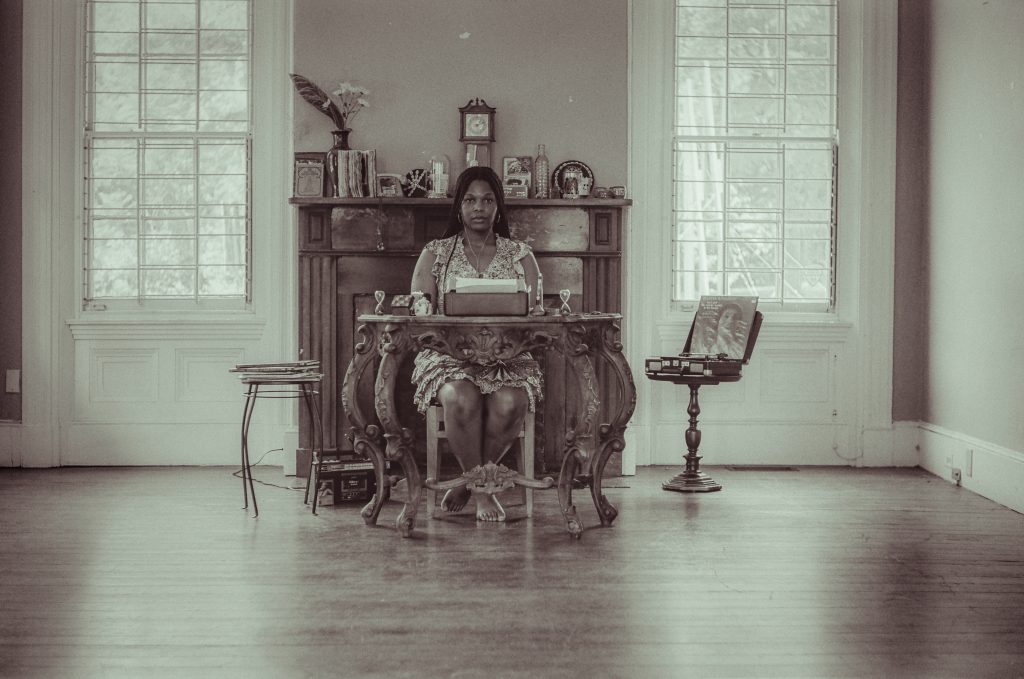