Since 2020, Philadelphia’s parks have experienced record usage, as more and more people have sought the outdoors to seek solace, and community. But with record usage came a record amount of litter, too. To help curb the accumulation of trash, this summer Fairmount Park Conservancy hosted weekly volunteer cleanups in Fairmount Park – the largest park in Philadelphia!

Led by Lindsey Walker, the Conservancy’s Volunteer and Environment Program Manager, the weekly volunteer events had a big impact:

The weekly volunteer events included Trash Grab Tuesdays, where volunteers collected and removed a total of 356 bags of trash from sites like Concourse Lake, Mander Playground, and Parkside Tunnel, and Parkside Edge.

Sharon Jackson was a regular volunteer at Trash Grab Tuesdays. She said:

“I am so thankful for the opportunity to serve the community in this way! The work was plentiful today but everyone worked so hard and boy did we make a difference. Fairmount Park is a treasure chest. There are gems all over the city!” 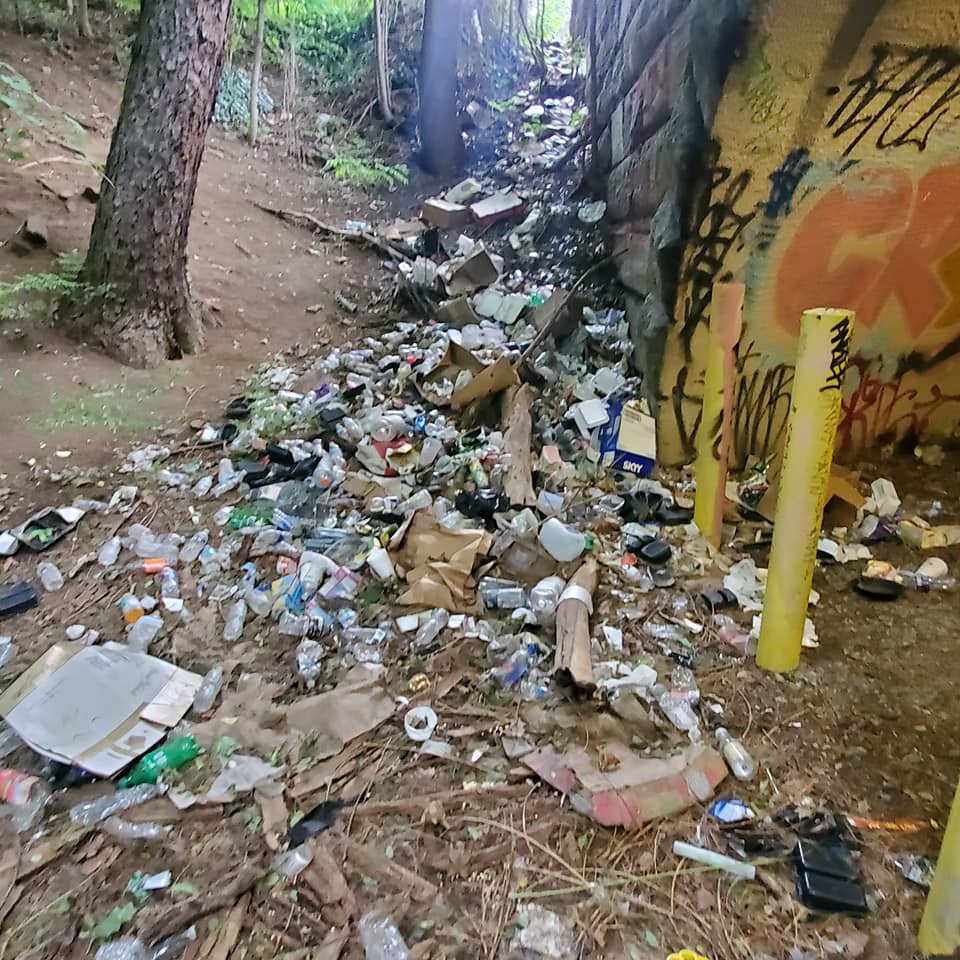 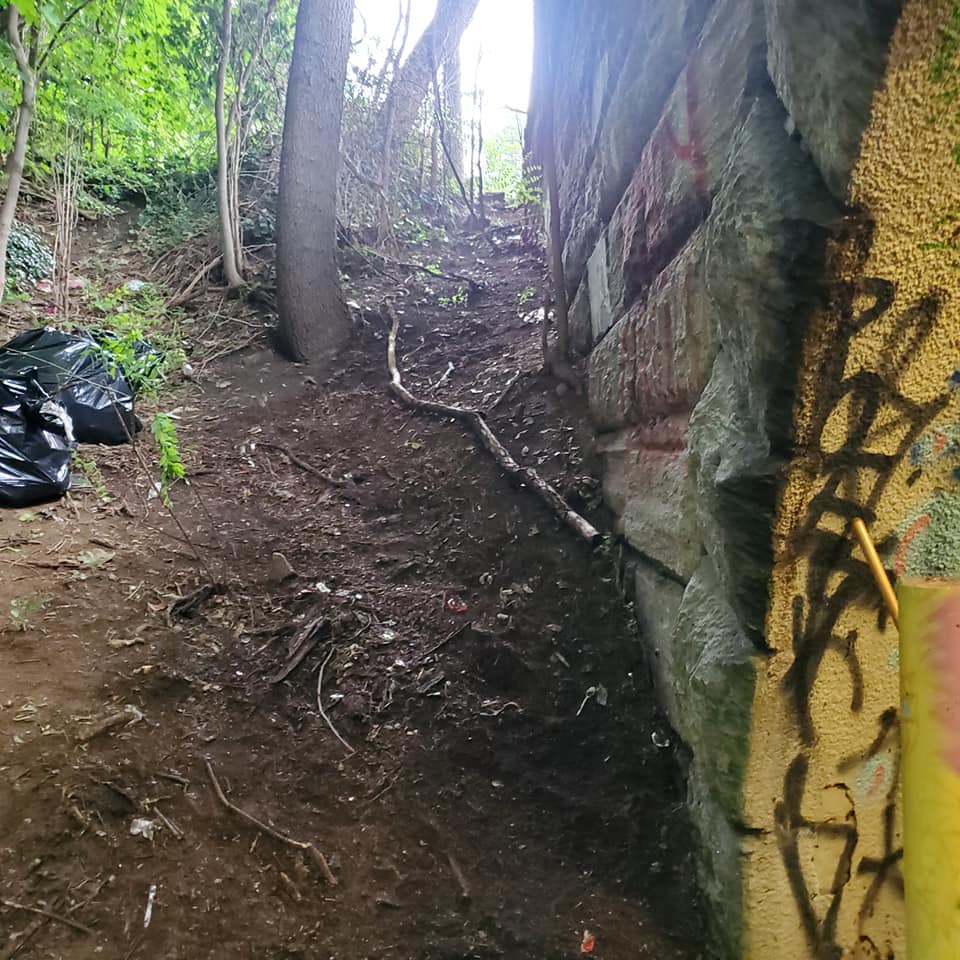 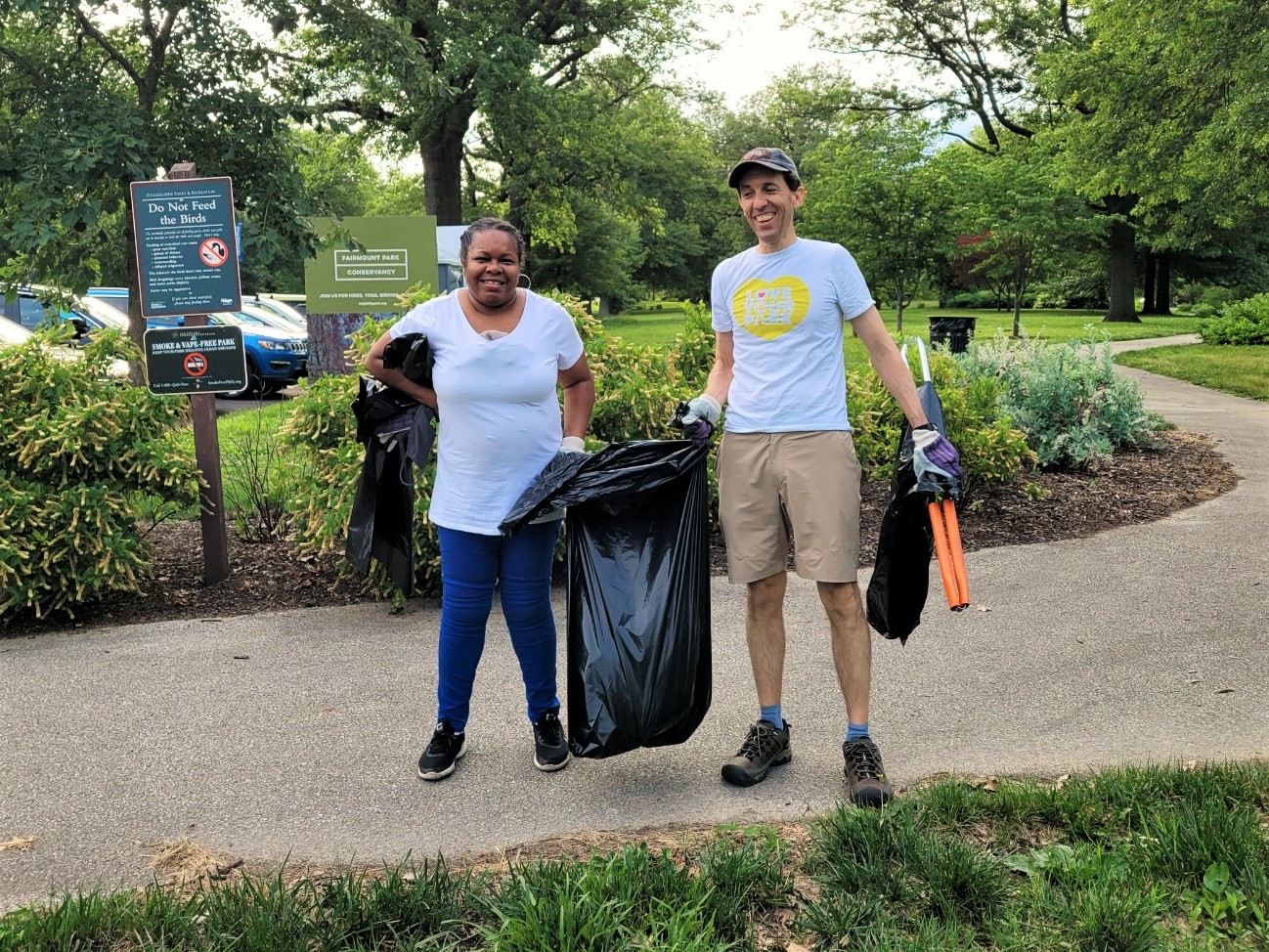 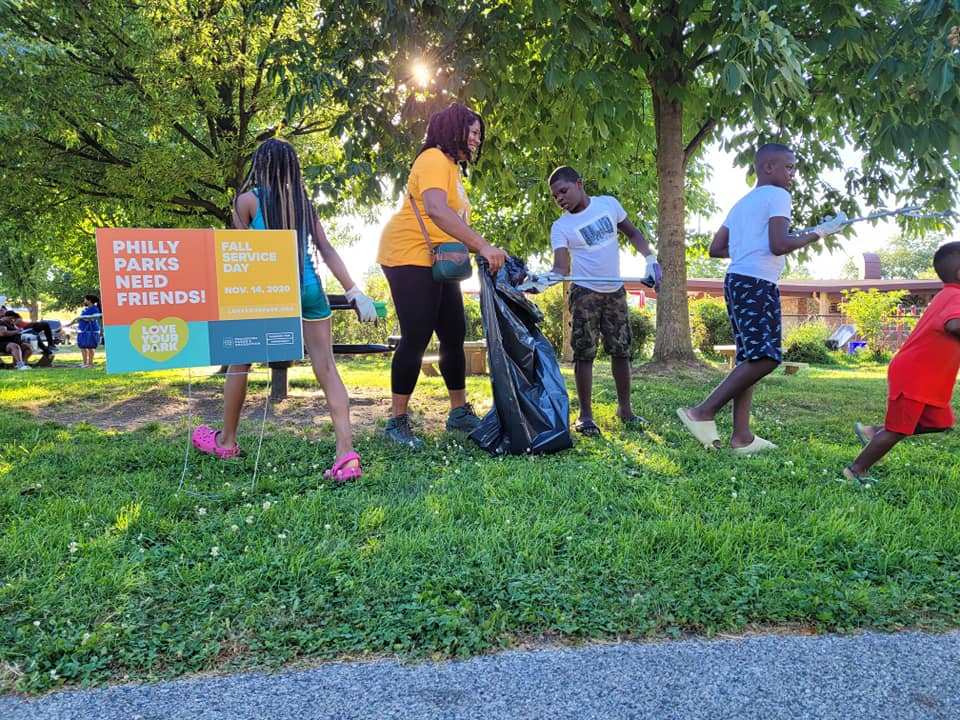 There were also weekly Wednesday Weeding sessions, where volunteers came out bright and early each Wednesday morning to help trees survive and thrive at the Trolley Trail and on George’s Hill. Volunteers manually weeded, pulled, and trimmed invasive vines such as mile-a-minute from trees that were recently planted at these sites. They tended to 675 trees total and removed more than 195 bags of weeds and vines!

Wes Mah, a Wednesday Weeding volunteer, had this to say:

“I had a great time helping to protect recently planted trees from invasive vines. The work area was well-equipped with tools, snacks and water (very welcome on a hot, humid day). A nice sense of accomplishment when seeing the number of bags we filled. Overall a very gratifying experience!” 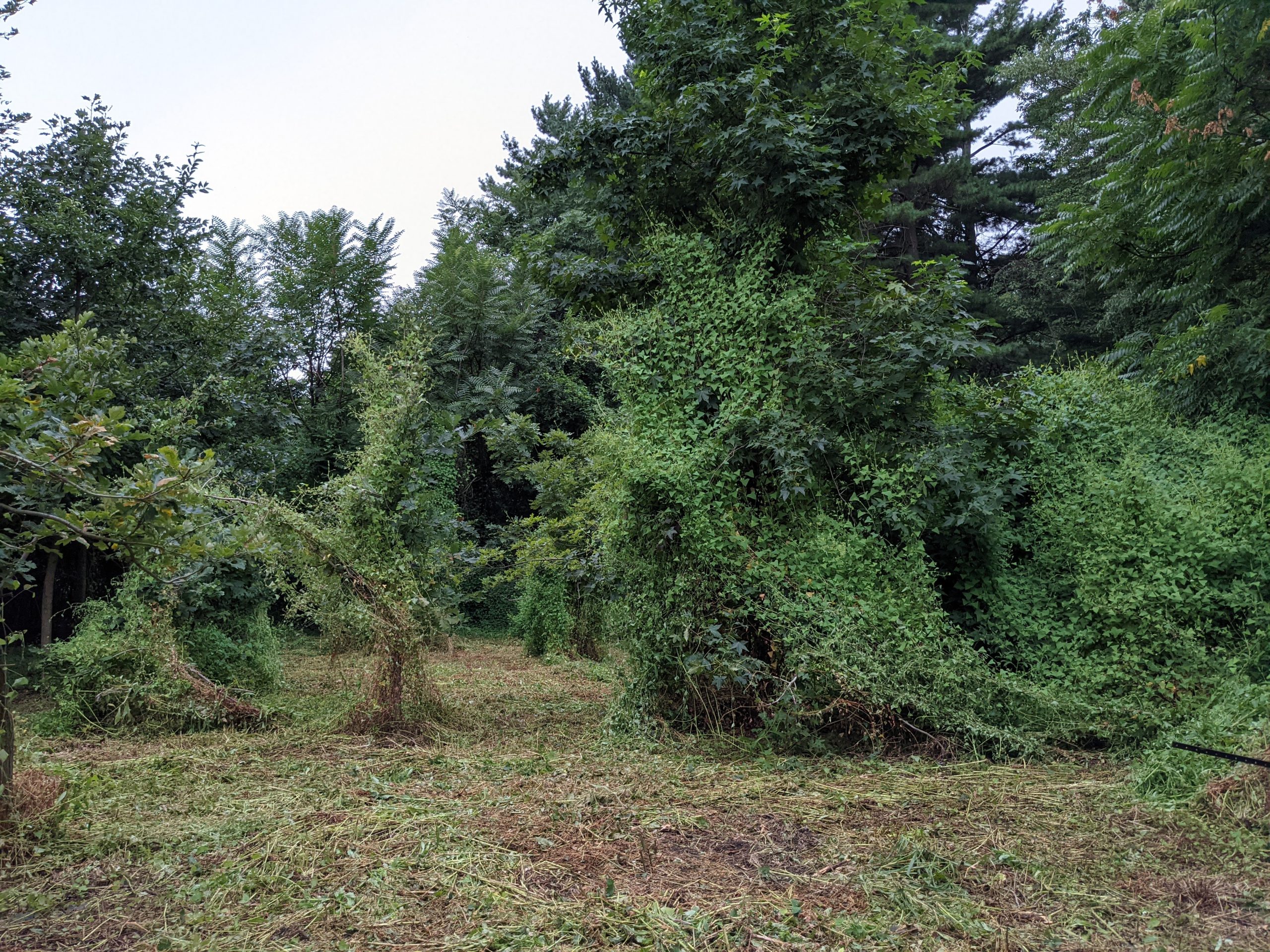 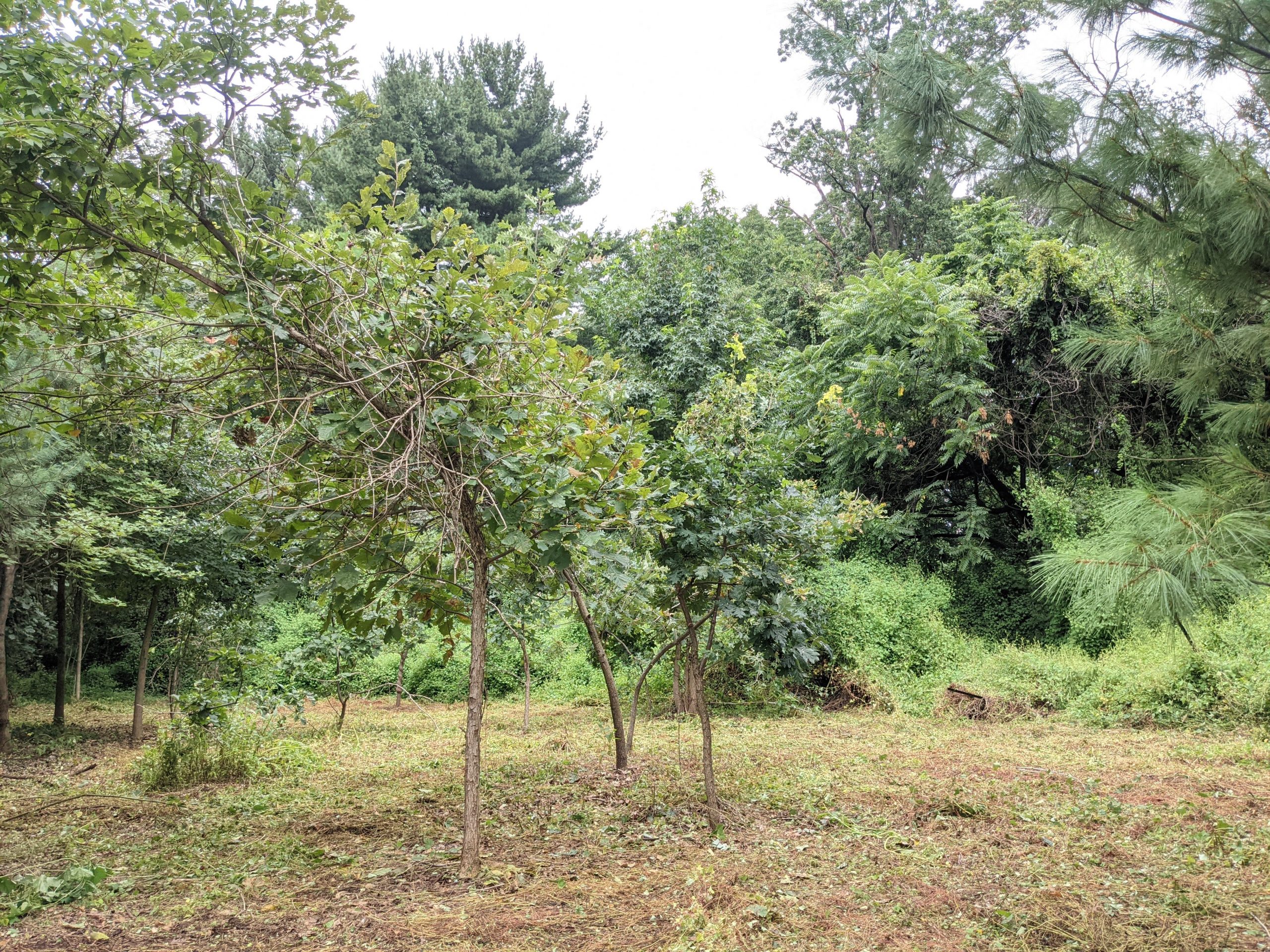 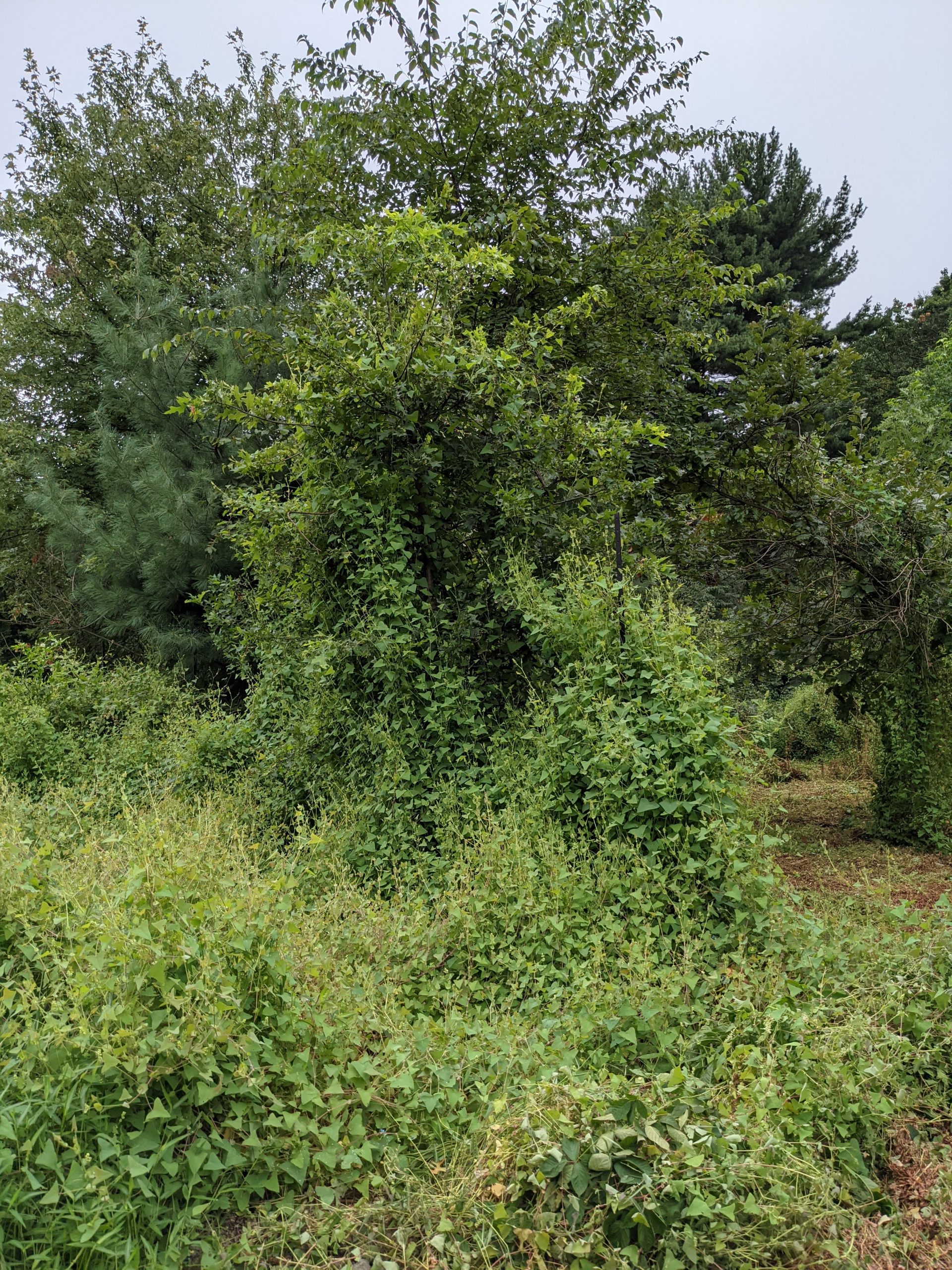 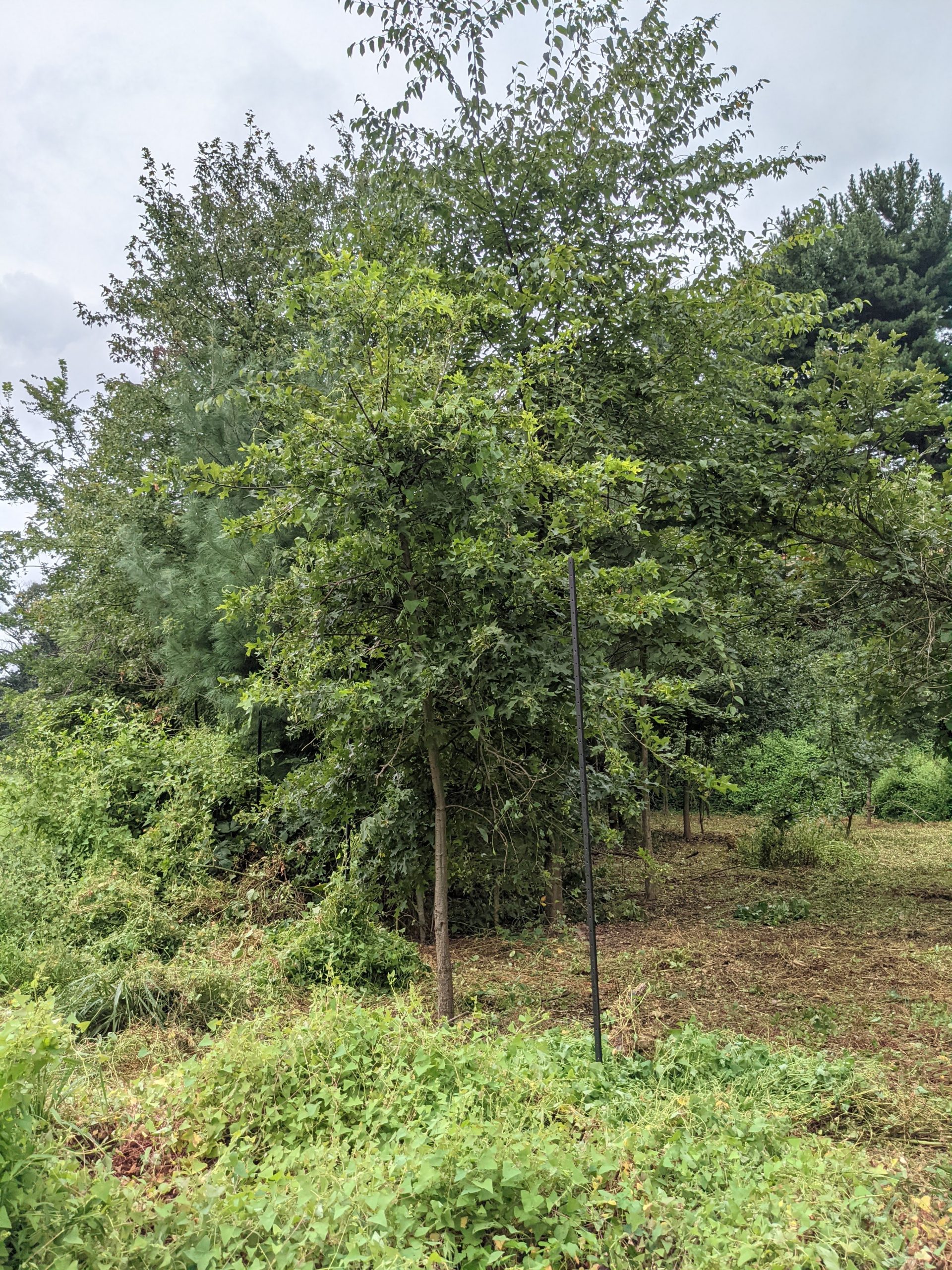 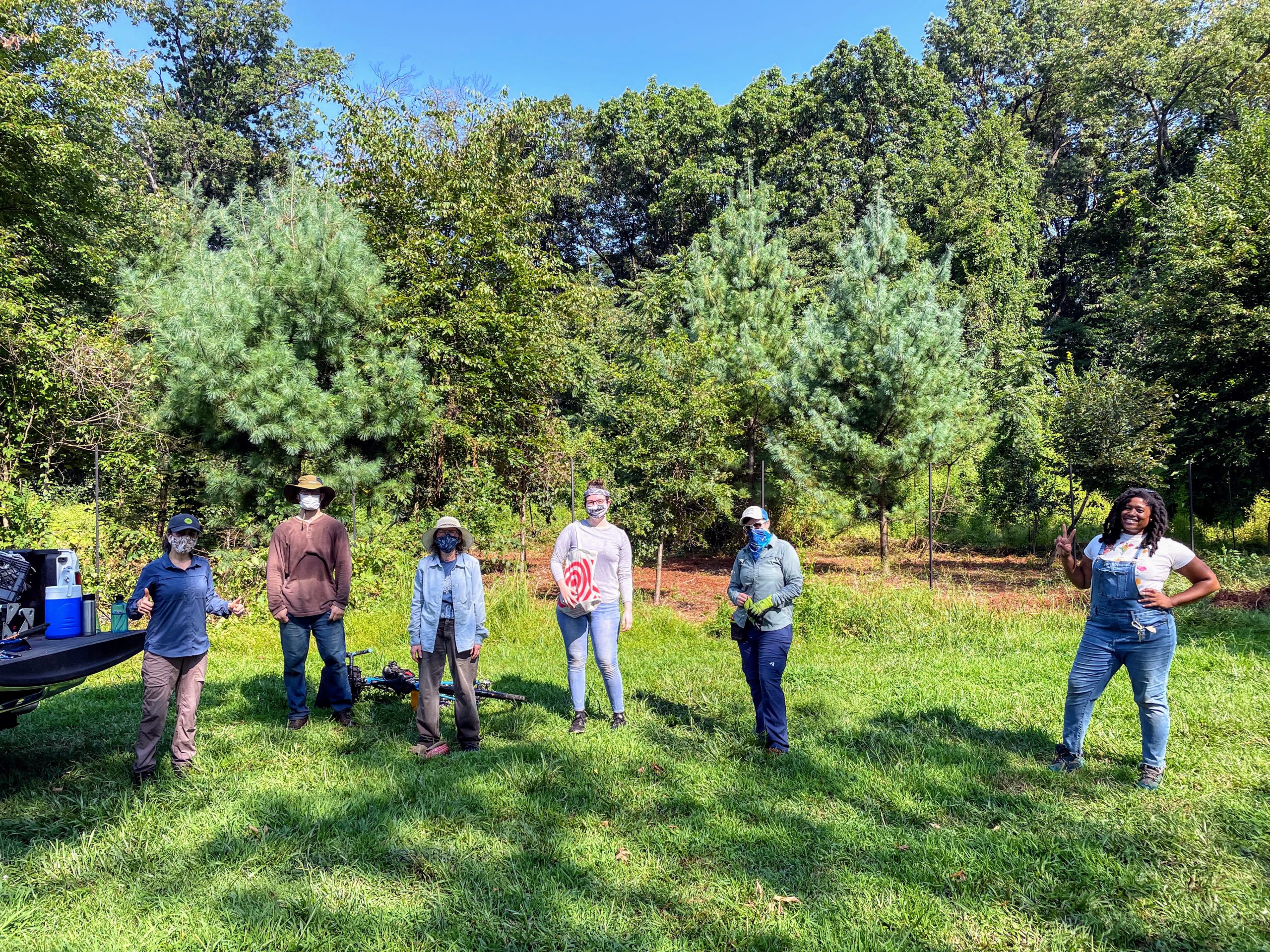 Volunteers also helped revive the little-known Wynnefield Trail in West Fairmount Park. The Wynnefield Trail starts at the intersection of Wynnefield & Belmont, and runs through the patch of woods known as the Montgomery Wetland to Belmont Mansion Drive, at the base of Belmont Plateau.

Restoring this trail provides easy and safe access to Belmont Plateau and Fairmount Park for Wynnefield residents, who currently have to cross dangerous intersections to access to the park on foot or bike. 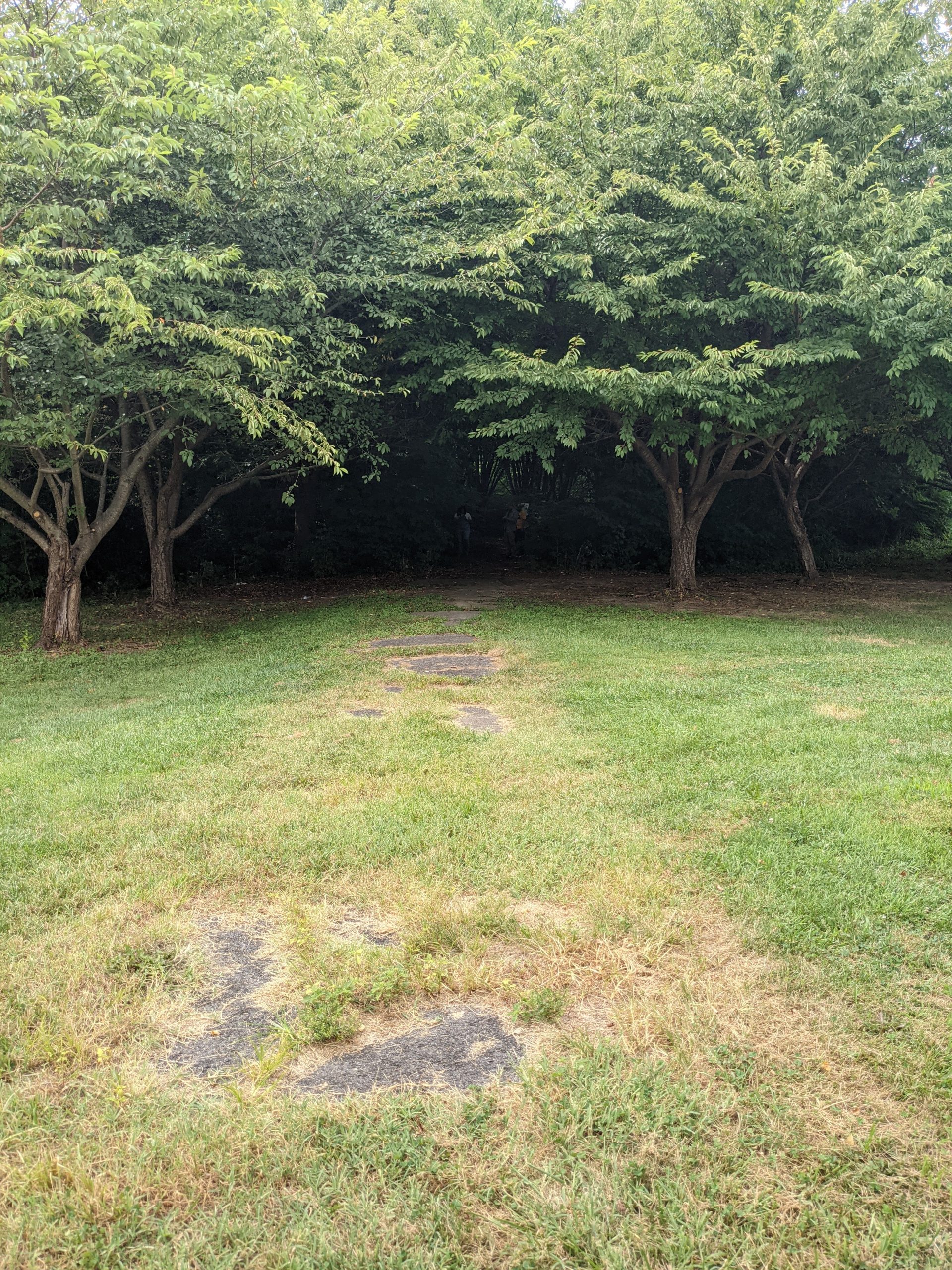 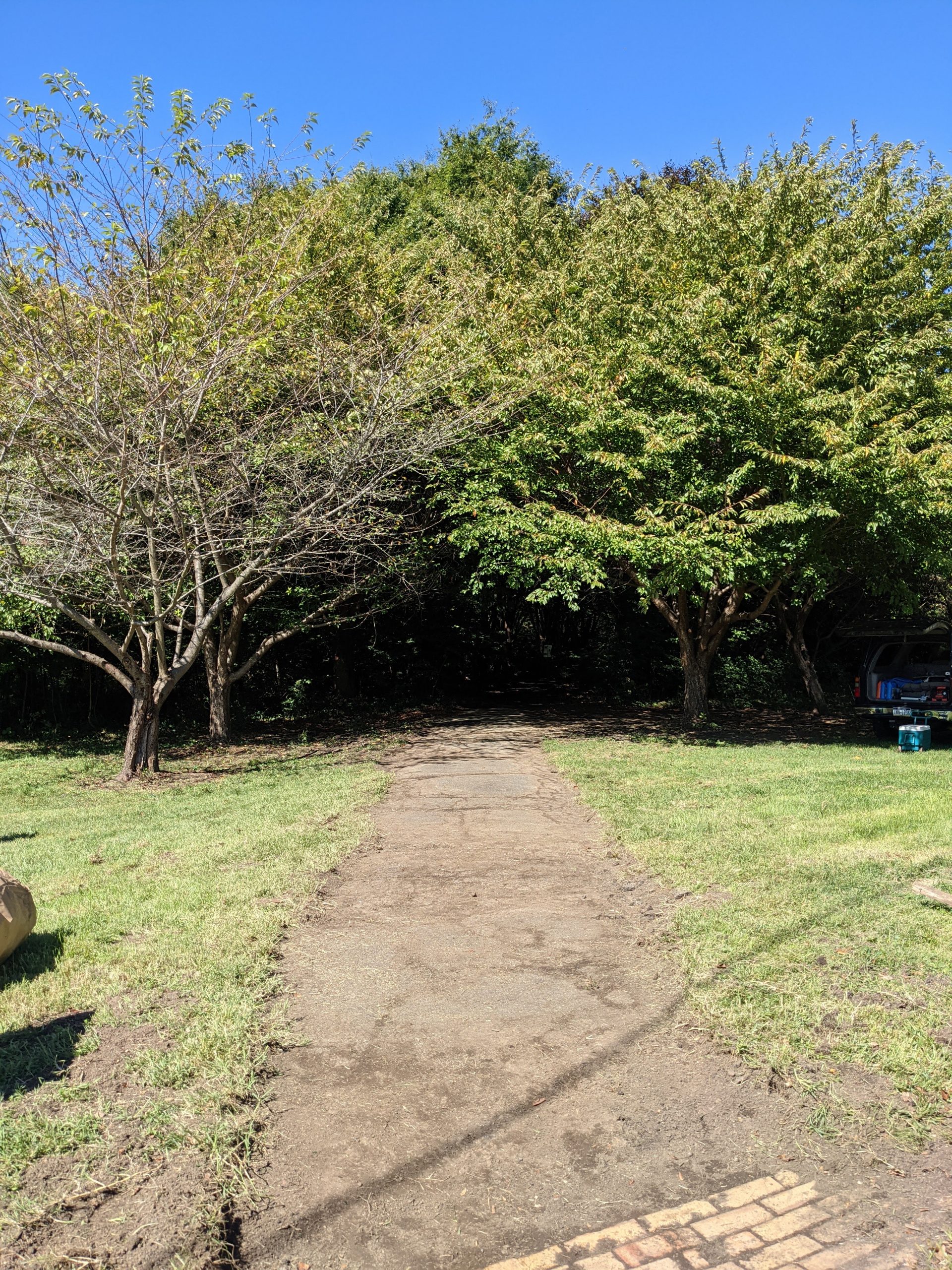 Thank you volunteers! We could not do this work to steward Philadelphia’s parks without you.

Feeling inspired? Join thousands of volunteers on Saturday, Nov. 13th for Love Your Park Fall Service Day! More than 80 parks across Philadelphia need volunteers to help clean and green their neighborhood parks. Sign up at loveyourpark.org. You can also support Fairmount Park Conservancy’s work all year long by becoming a member. 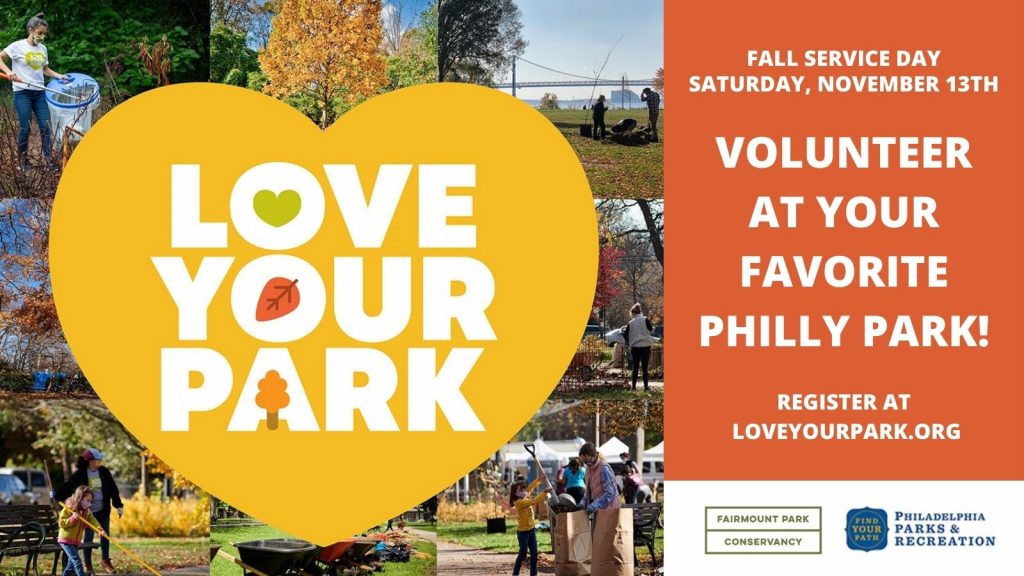 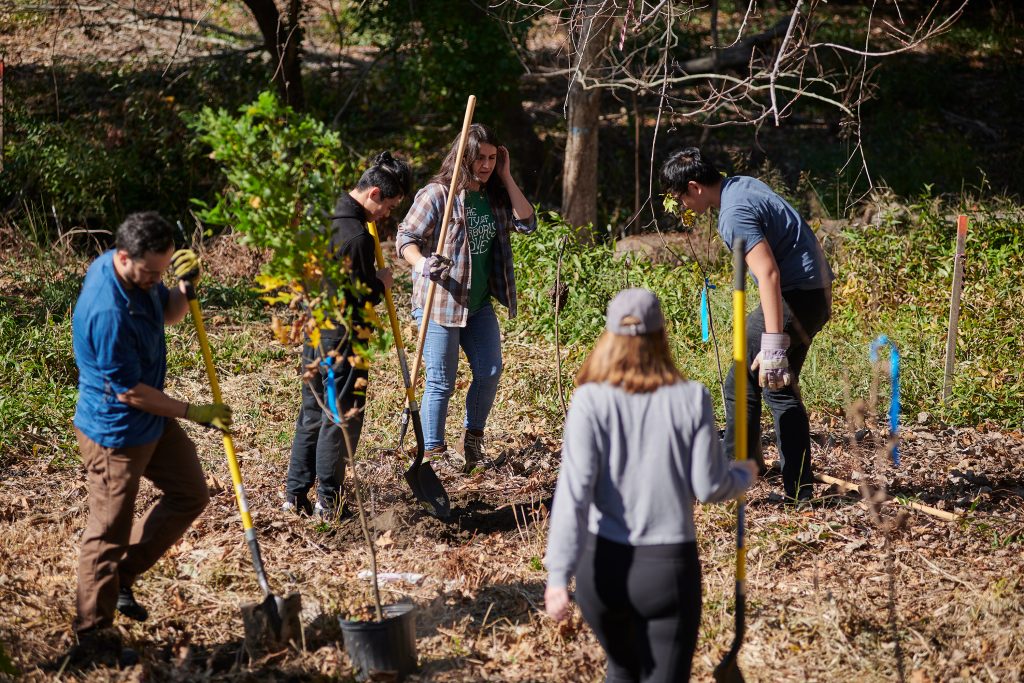 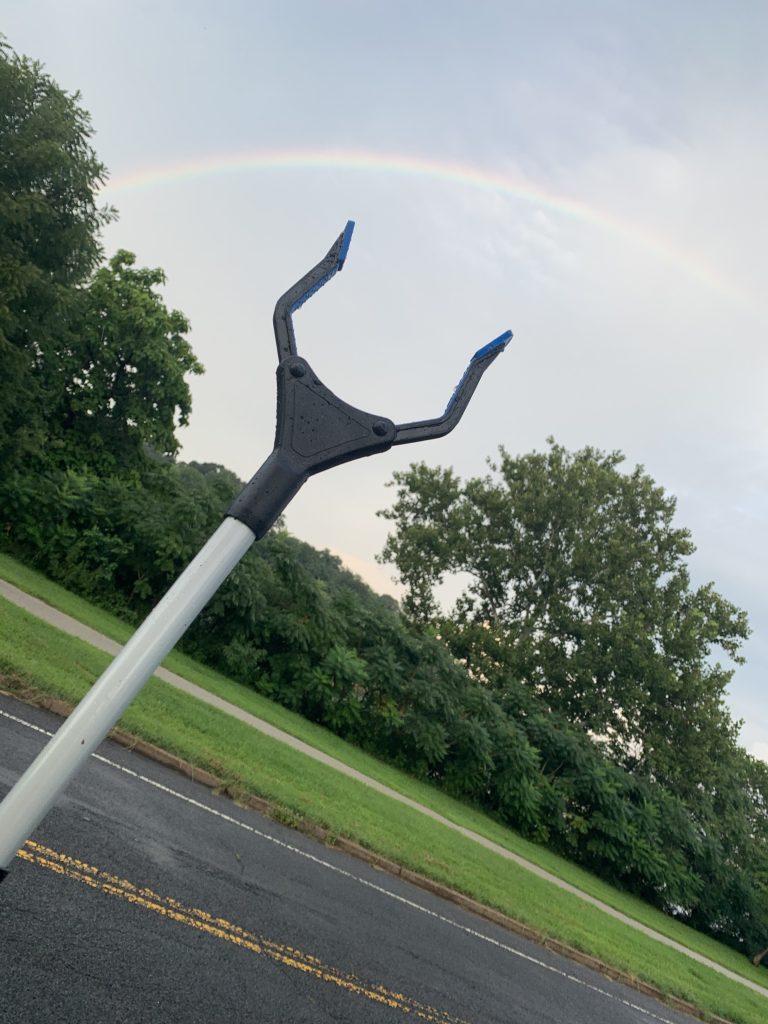