Fairmount Park Conservancy, in partnership with the City of Philadelphia Office of Transportation, Infrastructure and Sustainability (OTIS), Philadelphia Streets Department, and Philadelphia Parks & Recreation, has completed the final of two phases of the Parkside Edge project, creating better access from the Parkside neighborhood into West Fairmount Park. These pedestrian-driven improvements include walkways and bike paths, ADA access, a pedestrian-activated signal crosswalk, a plaza with seating, landscaping, and traffic roundabouts. 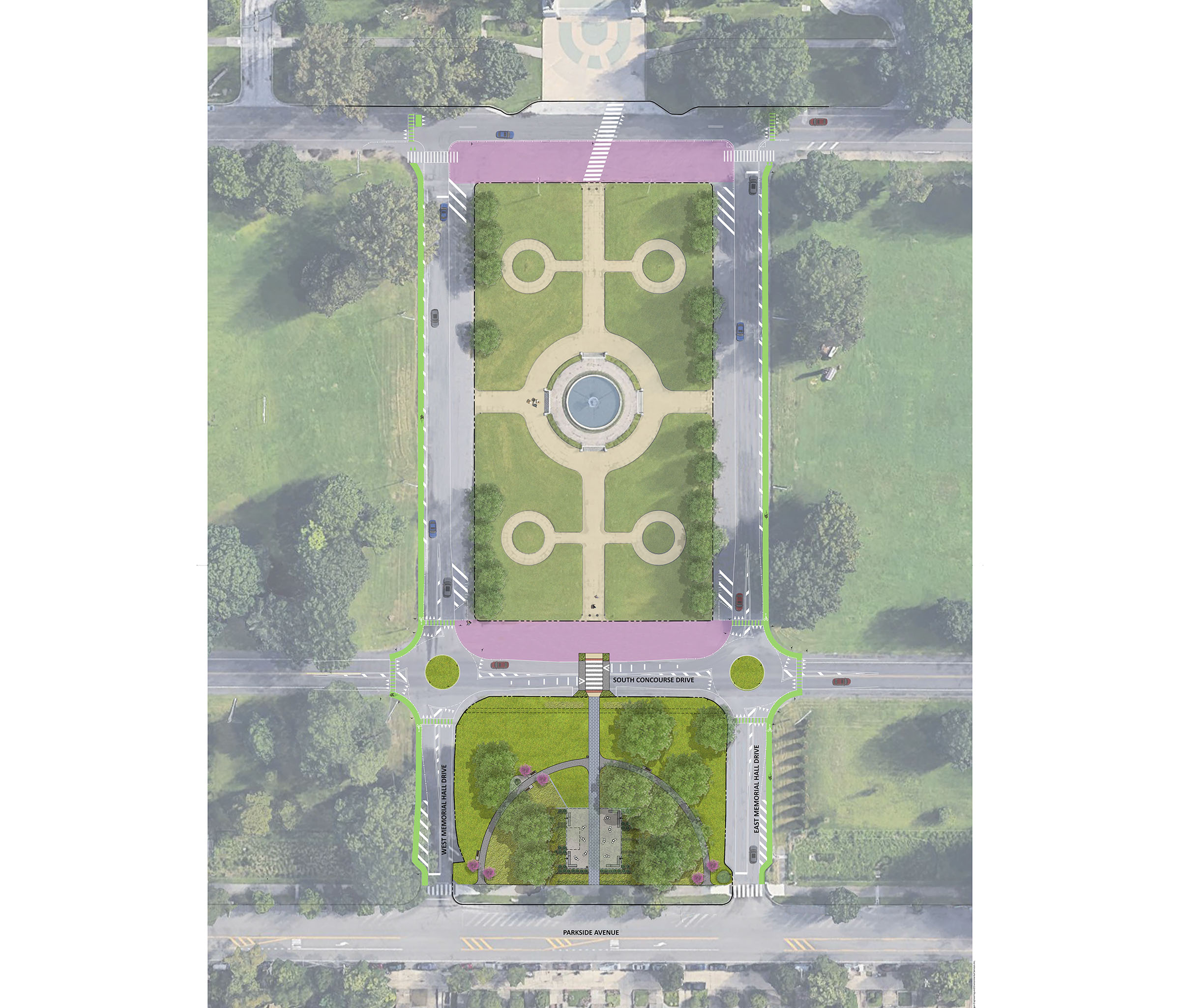 The project’s second phase was originally intended to be a state-of-the-art youth playground. But community members said pedestrian safety was more critical. Cars routinely speed along the park’s surrounding streets, making a routine road crossing difficult and dangerous. South Concourse Drive is on the City’s High Injury Network (the 12% of roads where 50% of Philadelphia’s traffic injuries and deaths occur), and the Conservancy moved to improve an increasingly hazardous situation. 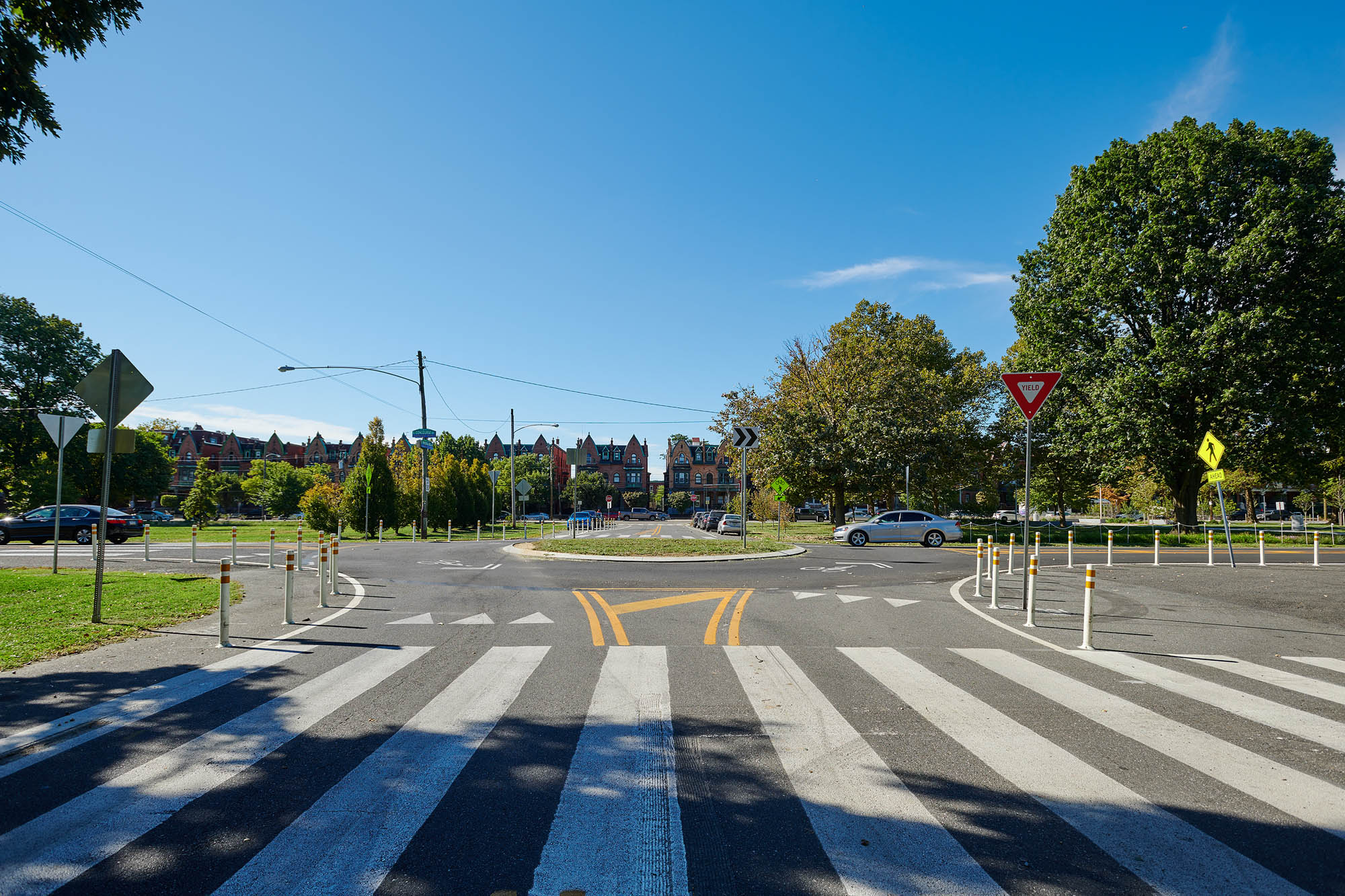 To address this, the Conservancy worked with the Philadelphia Streets Department to slow traffic by adding two roundabouts, clearly defined crosswalks and bike lanes, and a pedestrian-controlled crossing signal. 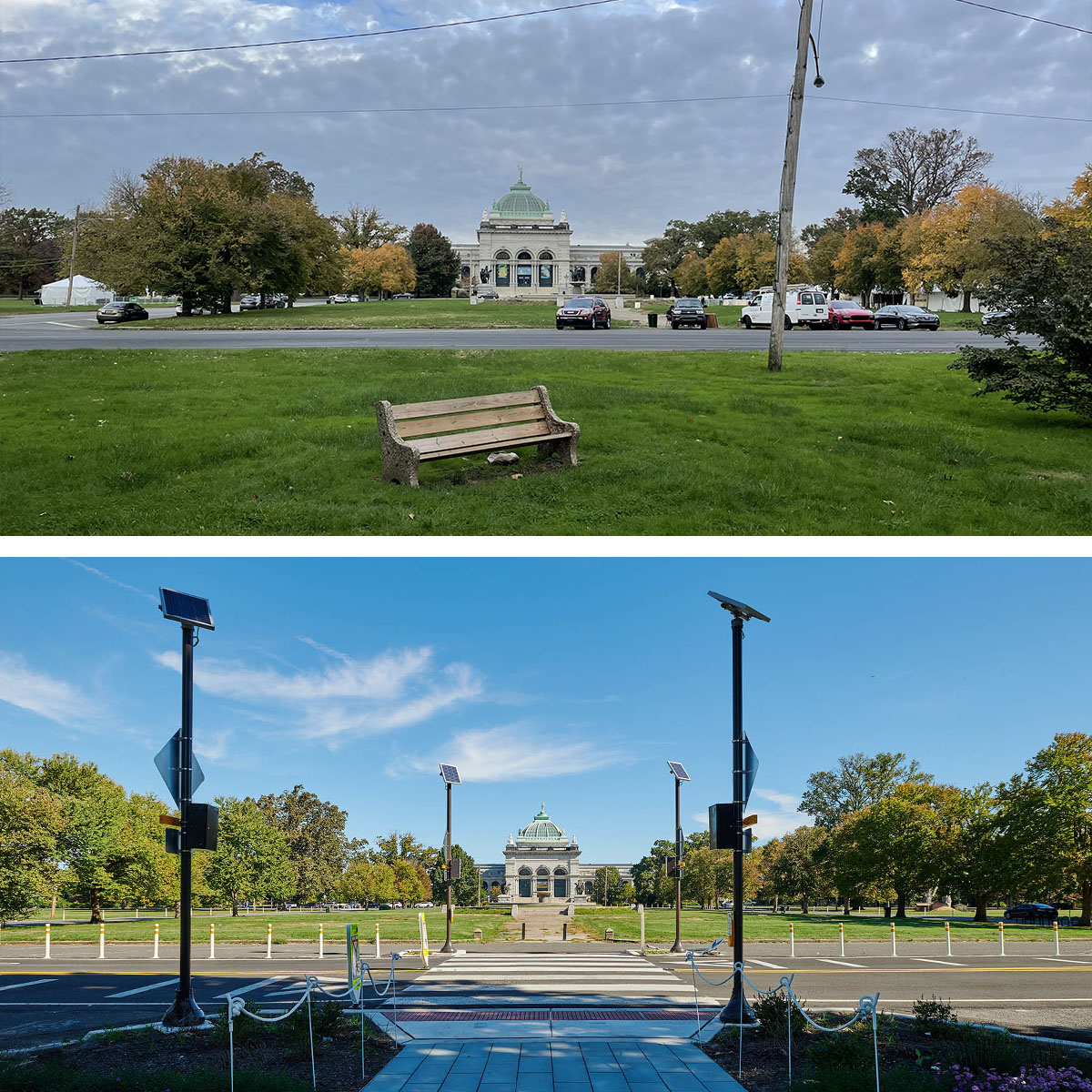 “Our goals in West Fairmount Park are to invest in the often-overlooked basics of park infrastructure, and build trust with the local neighbors for whom the park should feel like home.” McCarthy said 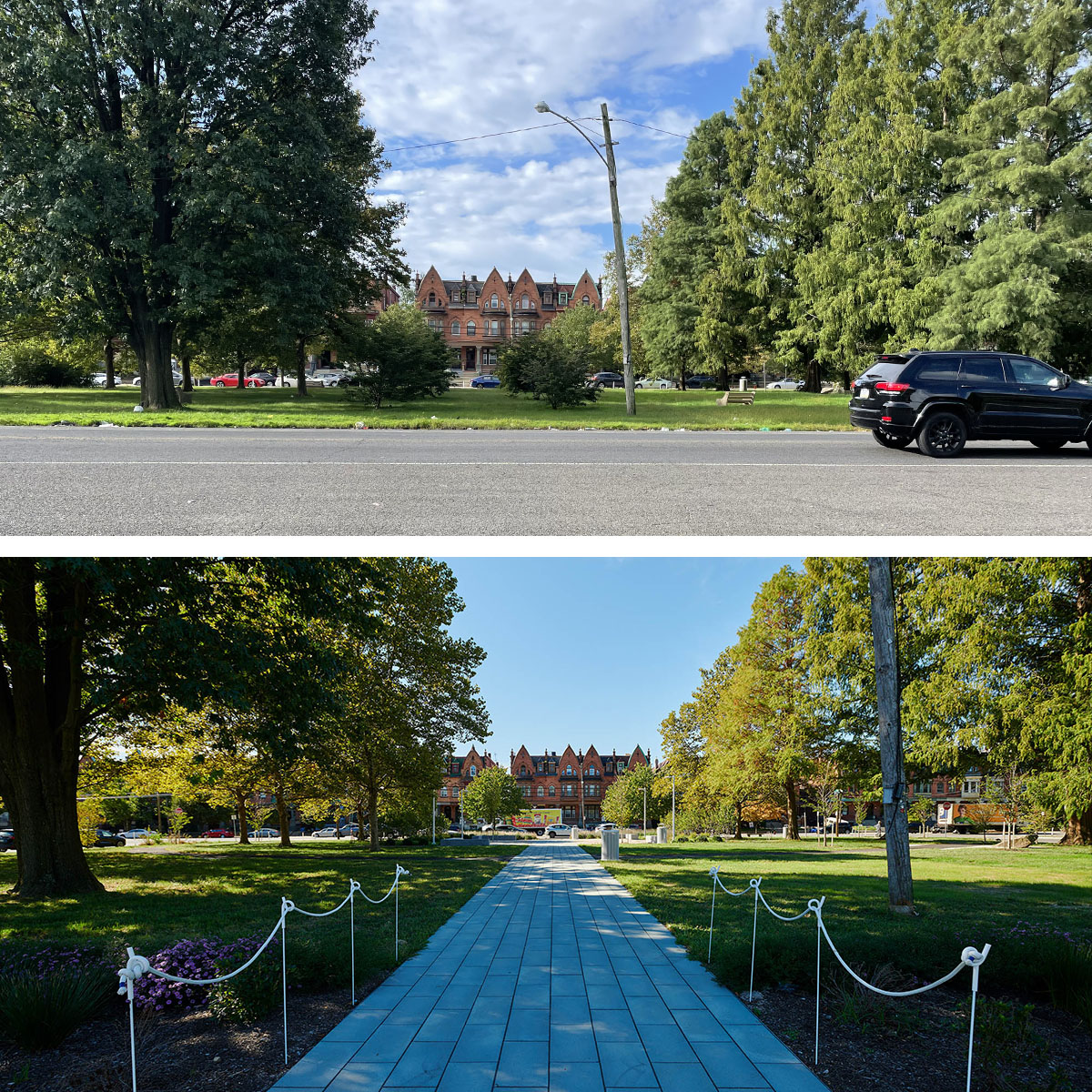 “I’m thrilled to see how much traffic has slowed thanks to the new circles, reflectors, and raised pedestrian walkway,” stated neighborhood resident Alexandra McFadden. “With this addition, long-time community members like myself will be able to safely walk into the park to have fun with our friends and families. Shrouded by trees, this public square is a fantastic complement to the porch swings also along Parkside Avenue. I’m so happy that we now have Parkside Edge to gather, celebrate, and safely enjoy Fairmount Park.”

Up next in the Conservancy’s list of planned West Fairmount Park improvements? Following this project, the Conservancy will begin work on the restoration of the historic Welsh Fountain landscape.

Parkside Edge Phase 2 was funded by the William Penn Foundation and the Commonwealth of Pennsylvania’s Department of Conservation and Natural Resources. Additional support was provided by The McLean Contributionship and Horace W. Goldsmith Foundation. 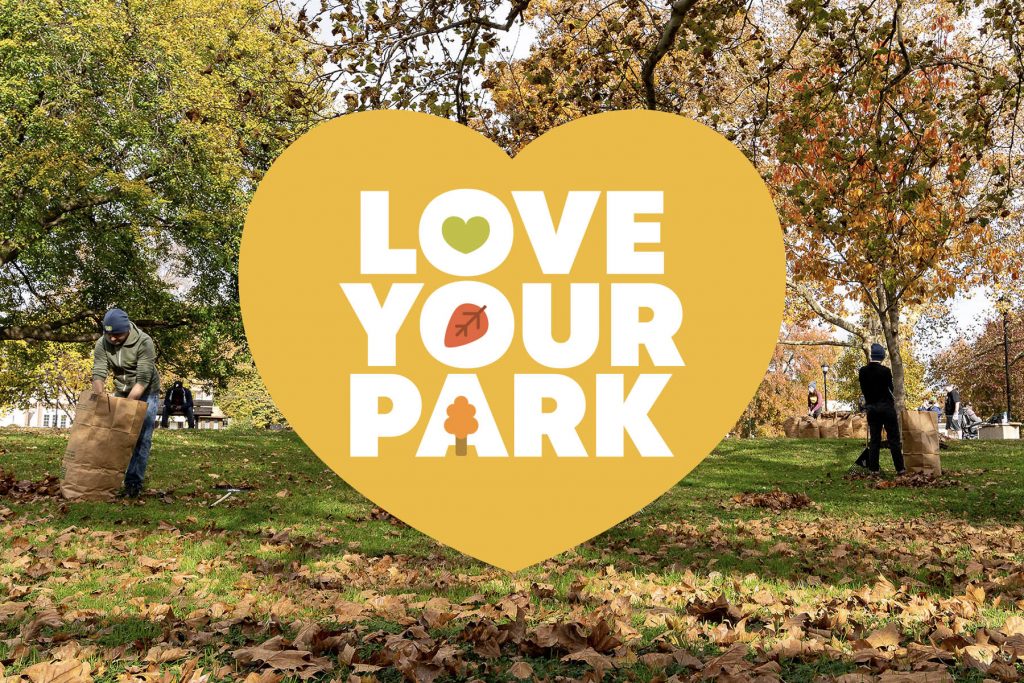 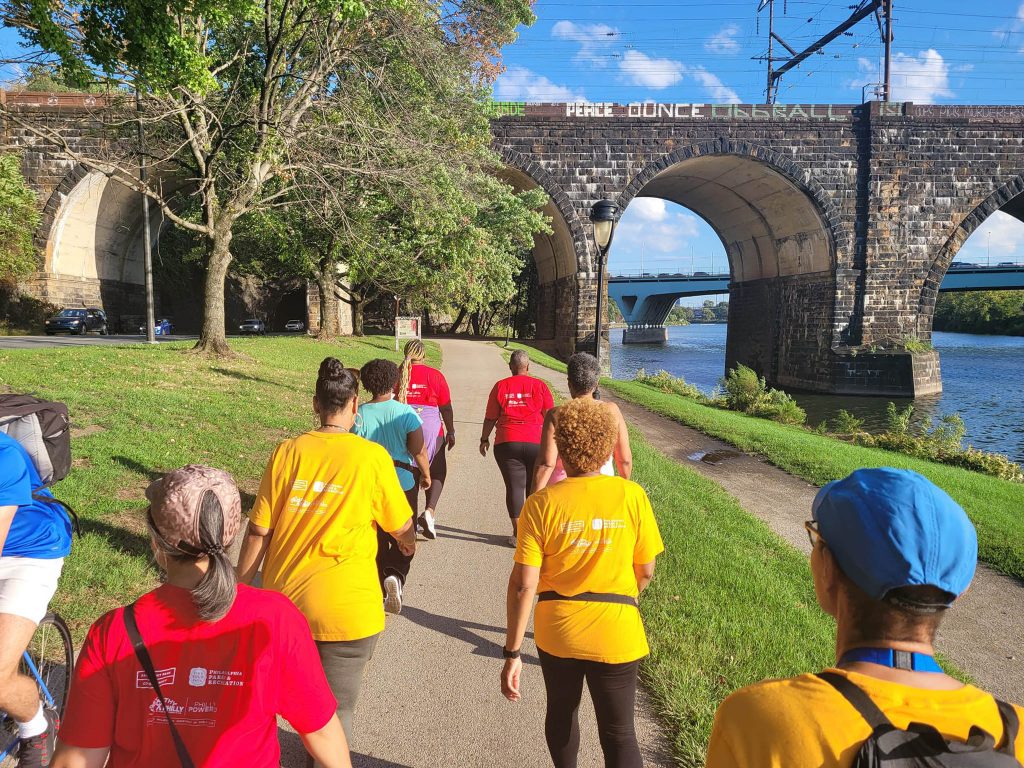 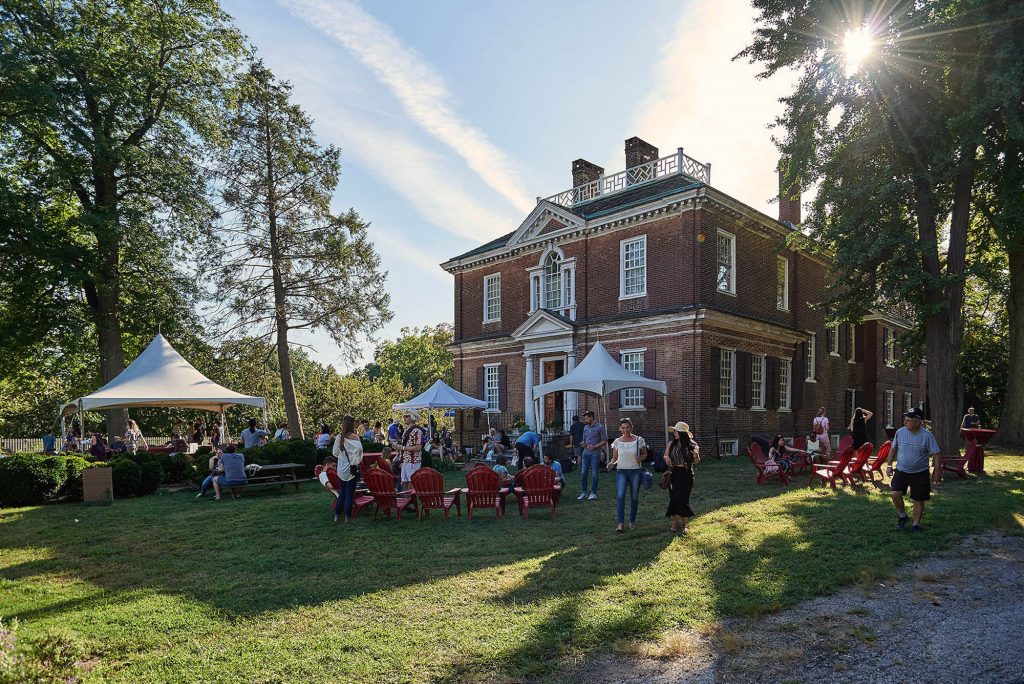