June 19th is Juneteenth, which commemorates and honors the end of slavery in the U.S. On June 19th, 1865 (two and a half years after President Abraham Lincoln issued the Emancipation Proclamation), Union soldiers landed at Galveston, Texas with news that the Civil War had ended and that the enslaved were free.

Today, Juneteenth is recognized in Pennsylvania as an official holiday, and each year Philadelphia hosts the largest annual celebration in the nation, the Philadelphia Juneteenth Parade and Festival. While this year’s in-person celebration is canceled due to COVID-19, you can still celebrate virtually here. We also want to honor and amplify this important moment in history by sharing ways to observe Juneteenth in Philly parks, from organized events to telling the unknown stories of the enslaved and abolitionists in Fairmount Park.

Is your Philly park hosting a Juneteenth event? Email mromero@myphillypark.org with more information and we’ll add it to the list.

Find healing during Spirits Up! Week in Philly parks

Spirits Up is a week of meditation to heal the Black community and the protestors through yoga, meditation, the arts, and speakers. Each day, Spirits Up seeks to offer a safe space in a different public space, including the Thomas Paine Plaza at the Municipal Services Building (June 14), Washington Square (June 15), Rittenhouse Square (June 16), Logan Circle (June 17), Vernon Park (June 18), and Malcolm X Park (June 19).

On Friday, June 19, Hike+Heal will host a Silent Hike Protest to support the Black Lives Matter initiative and celebrate Juneteenth. The hike loop will take place on Forbidden Drive from Valley Green Inn to the Ten Box. This is a flat, multi-use gravel path that parallels the Wissahickon Creek spanning the entire length of the park. Registration is required, as is purchase of a mask; a portion of proceeds go to support a woman-owned, non-profit for young women, Make the Distinction. Sales also benefits hospitals, nursing homes and shelters. Register here.

#HikeHiveHunnies Loading ? ?This community is the essence of SUPPORT. This hive and new hive members showed up and showed out yesterday selling out our Juneteenth Silent Hike Protest in under 2 hours ???? ? Due to the slow progression to roll into a new phase, only 50 spots were available. For all those that did not get a spot you can still hike and walk with us in solidarity with your #HikeHiveProtest mask. Head over to the link in the bio “Purchase Your Mask” also check out all the information on our site about what this initiative is all about and what organizations we are supporting along the way. ?Appreciate you all so much and I promise we will all get to hike as a complete #hikehive very soon ? • • • #hikeprotest #juneteenth #hikeandheal #hikehivehunny #hiking #heal #healhun #hike #hikeandhealwellness #hikePA #phillyhiking #discoverphl #phillyhikes #hikephiladelphia #instaphilly #instagood #photooftheday #lifeisgood #picoftheday #community #blacklivesmatter #philadelphiahikes #wellnessoutdoors #diversityoutdoors #diversity #doingthings #outdoors

Did you know: The historic Belmont Mansion that sits atop Belmont Plateau in West Fairmount Park is home to The Underground Railroad Museum. While the mansion and museum are currently closed, you can still learn about the history of the mansion and how it became home to The Underground Railroad Museum in this fascinating inside look courtesy of WHYY. [link]

In fact, there is a connection between Belmont Mansion and the Underground Railroad, via the Columbia Railroad Bridge. This bridge in the heart of Fairmount Park was once the final destination on of long and treacherous journey to freedom in Philadelphia. Although most of us know ”The Underground Railroad” as a figurative description for the network of secret routes and safe houses, many scholars believe the term has its origins with a literal railroad line in Pennsylvania. The first iteration of the “Main Line” began in 1834 with the 80 mile-long Philadelphia & Columbia Railroad, which traversed the steep Belmont hill on a cable-pulled inclined plane, crossed the Schuylkill by wood covered bridge, and terminated in the city at Broad & Vine Streets.

The current structure (built in 1920) is still called Columbia Bridge because of this connection. Fugitives from slavery from Maryland and Virgiania crossed the Mason-Dixon line and headed to the town of Columbia, PA, where there was a supportive Quaker and free Black population. Chief among them was William Whipper, a free Black businessman who became a “stationmaster” aiding hundreds of fugitives from slavery. Whipper stowed fugitives from slavery in a false end of a box car, hidden among his regular shipments of lumber to Philadelphia.

Although most “passengers” strategically disembarked at designated “station” houses along the Main Line, some remained on train until the Belmont Plateau stop and hid in nearby locations such as Belmont Mansion until they could find refuge in the city.

Mount Pleasant Mansion in East Fairmount Park was once called “the most elegant seat in Pennsylvania” by founding father John Adams. But this site contains some ugly history: The estate originally included more than 100 acres of land and was a working plantation from 1762 to 1765 that enslaved at least four people of African descent. While the names of the people enslaved by John MacPherson are unknown, “the docents of Mount Pleasant Mansion continue to honor the memory of those in bondage by educating the public about the history of slavery in Pennsylvania and the influential free black communities in Philadelphia during the colonial period” (via parkcharms.org).

Get to know a local abolitionist lawyer

While one of the owners of Mount Pleasant Mansion enslaved at least four people, the owner of Historic Strawberry Mansion just down the road made it his mission to abolish slavery. William Lewis was a renowned abolitionist lawyer, judge and state legislator who built the mansion in 1789. He is credited for drafting the first law in the U.S. to abolish slavery, the Gradual Abolition Act of 1780. Learn more. 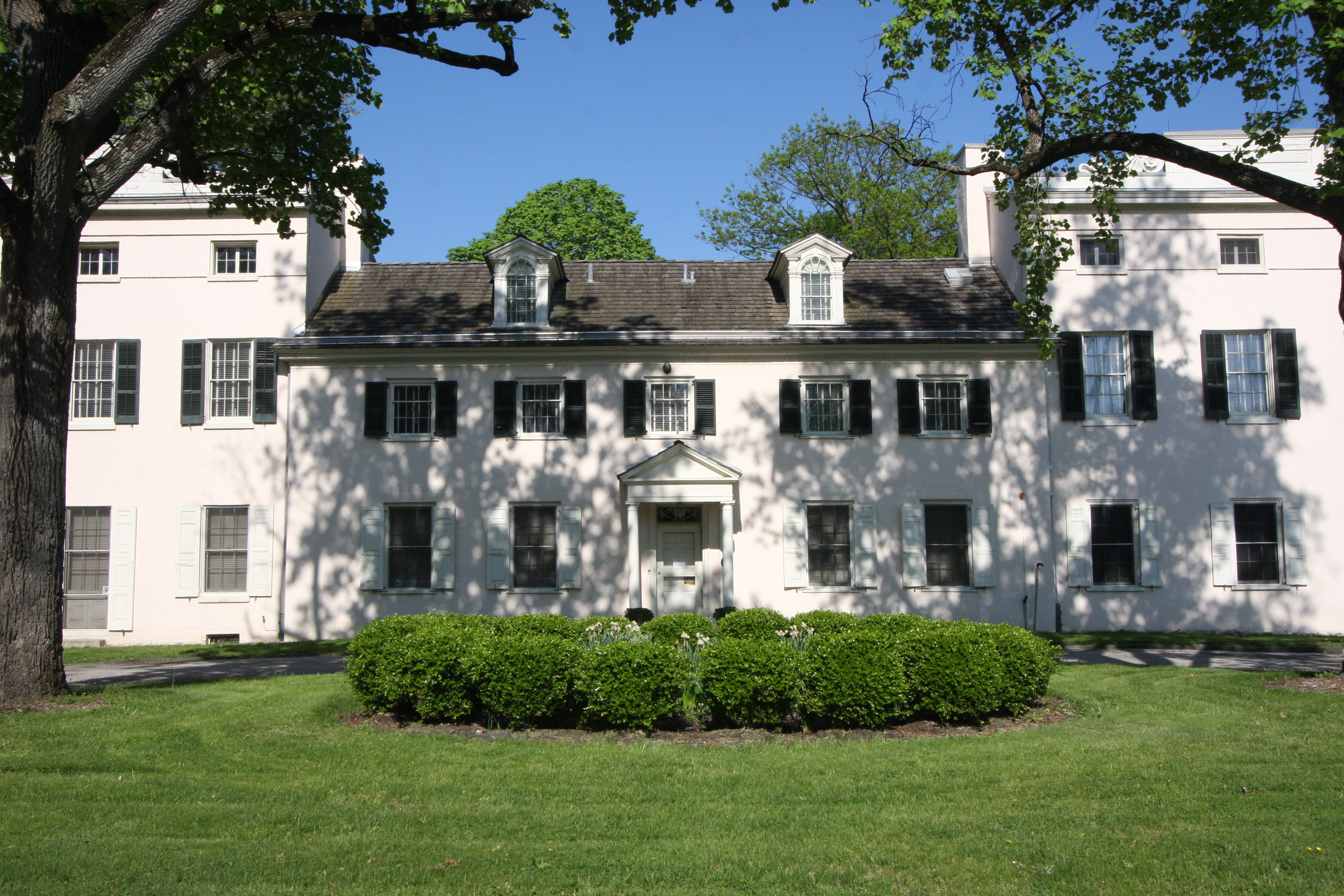 The North Philly Peace Park was founded in 2012 on several vacant parcels of land directly across the street from the Blumberg Housing Project in North Philly. Today, the park has grown into a popular charitable eco campus and passive park that provides free programs to the greater Philadelphia community. To support the future of this park and bring a solar-powered classroom and kitchen to the park this fall, North Philly Peace Park is launching a $50,000 fundraising campaign from Juneteenth to July 4th. Learn more about the project and donate here.

The Black Joy Campaign is LIve! LINK IN BIO Juneteenth is 5 days away, can you help us get 25% of the way by June 19th? Your donation supports a solar-powered two classroom facility with kitchen and bathroom being completed this year at the North Philly Peace Park 50 people donate $50 and we will reach our goal of $50,000 by July 4th. Website to learn more: www.phillypeacepark.org DONATE AND SHARE! Thanks to everyone who has already shared and donated!

Take in the Smith Memorial Arch from the whispering bench

The towering Smith Memorial Arch in West Fairmount Park is a powerful monument to Pennsylvania’s Civil War veterans. Commissioned by the Association for Public Art, the arch features nine busts, three figures, while the Whispering Bench that carries softly spoken messages along its curved wall. 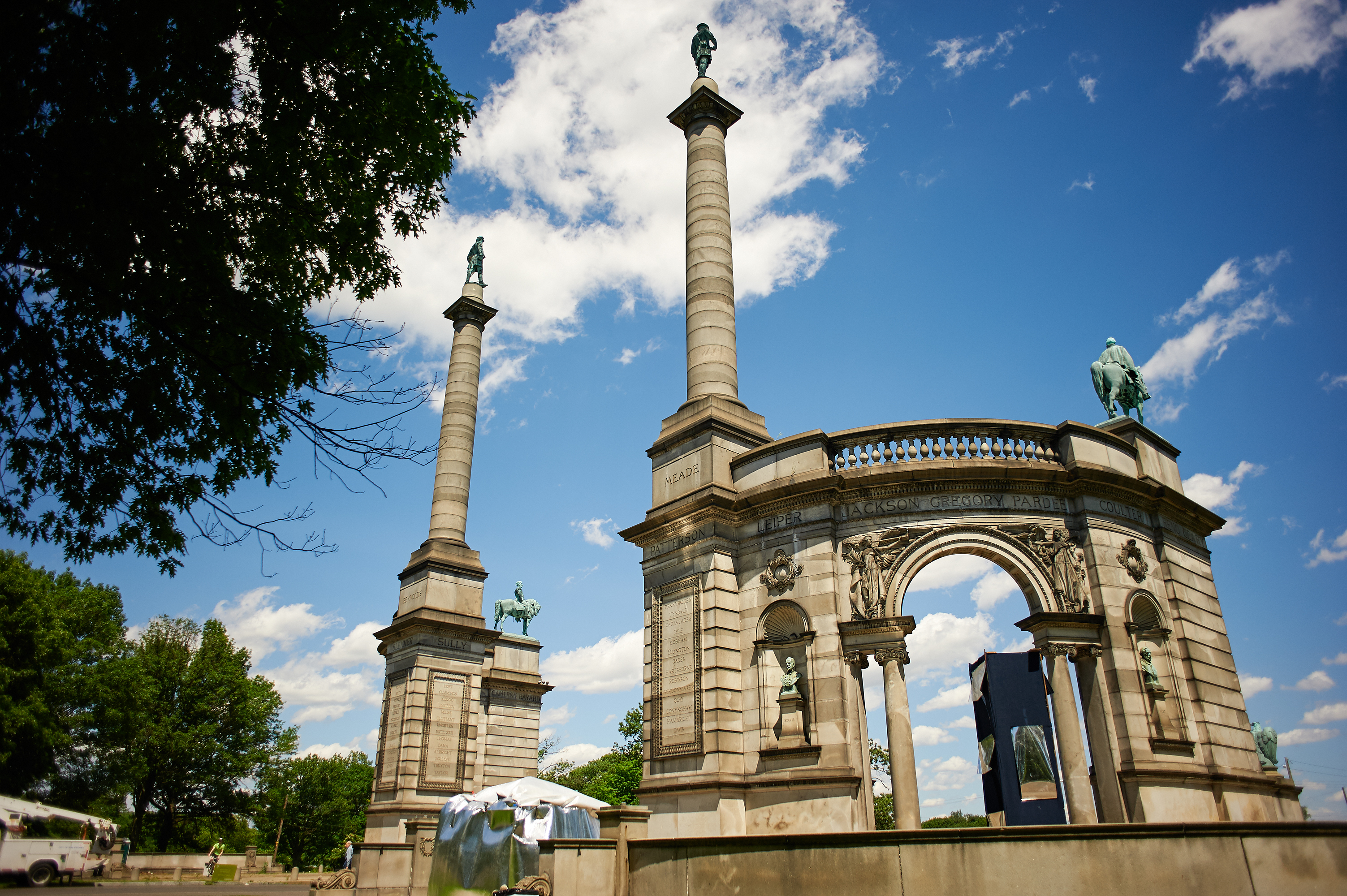 Among the many achievements featured at Fairmount Park’s 1876 Centennial Exhibition was the exhibition of the book The Underground Railroad (1872), written by Philadelphian William Still. The book is the only account written and self-published by an African American, sharing the stories of formerly enslaved Africans who gained their freedom by escaping bondage. In the late 1840s, Still formed the Pennsylvania Abolition Society’s Vigilance Committee, raising funds to assist fugitives from slavery and arrange their passage to the North, including financing several of Harriet Tubman’s liberation trips to the South.  Because of his written words and lived deeds, Still is known as the “Father of the Underground Railroad.” 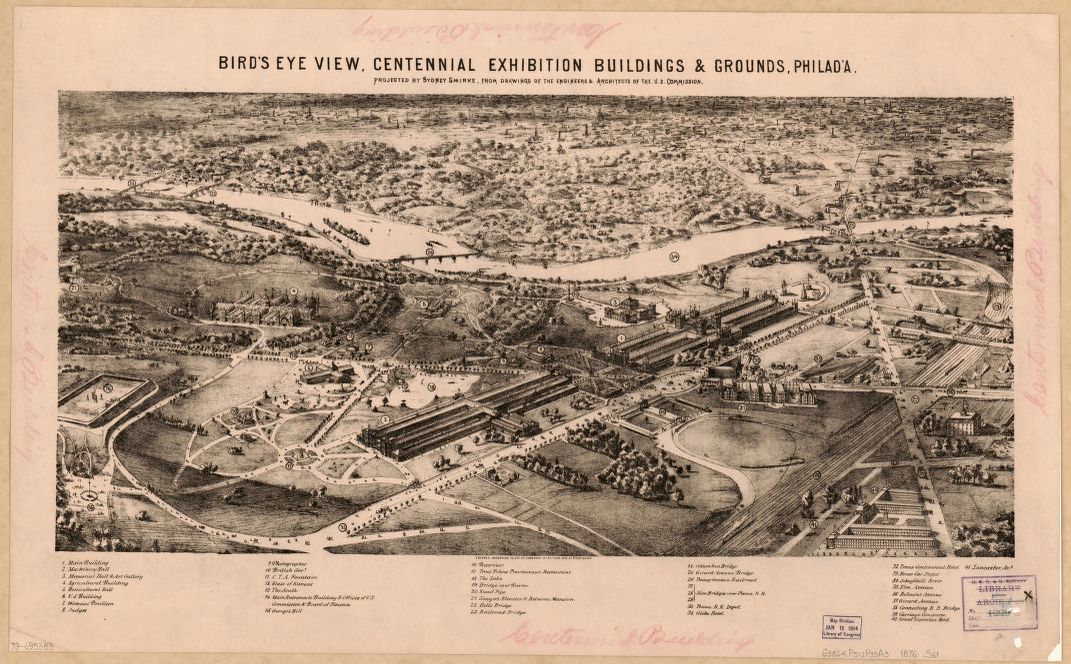 Aerial view of the Centennial Exhibition 1876 in Fairmount Park. via the Library of Congress.

Is your Philly park hosting a Juneteenth event? Email mromero@myphillypark.org with more information and we’ll add it to the list. 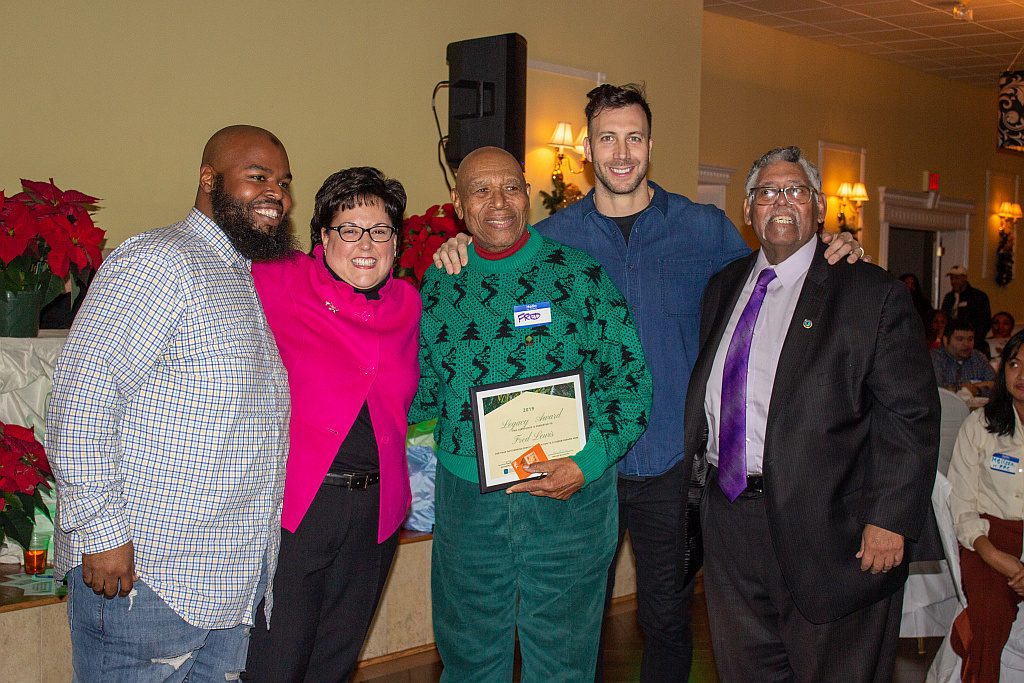 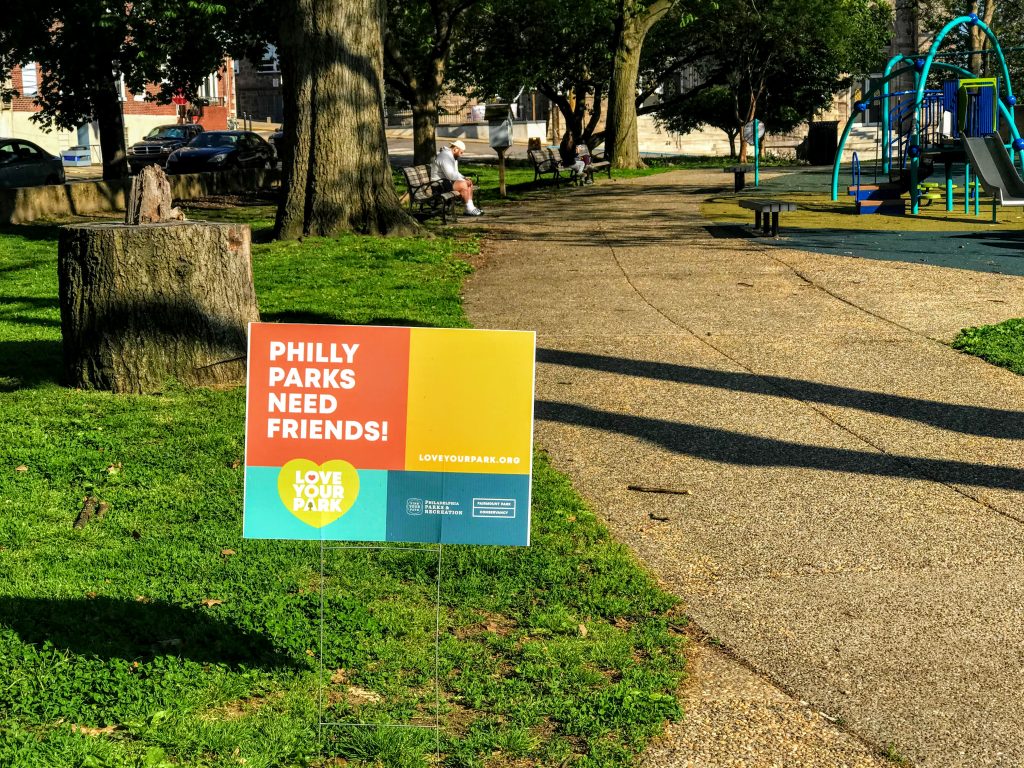 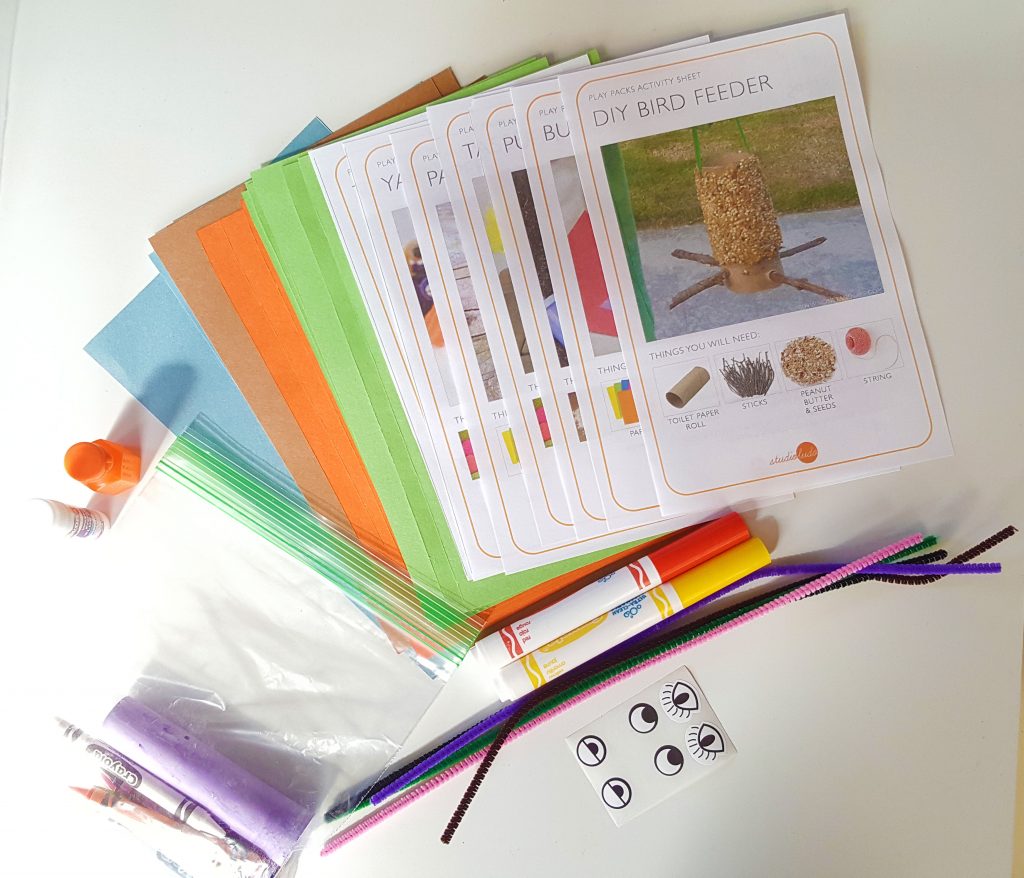