Felix Agosto is founder of the MVP360 (Motives, Values and Personality. The number refers to a well-rounded person.) Leadership Development Program. The bulk of his program uses sports – including softball, baseball and basketball — to reach underserved youth. About 2,000 young people go through MVP360 programs each year. Felix believes involvement in sports is fun, healthy and character-building while also providing a safe space. He also helps youth use their sports talents to pursue other opportunities, like playing in college. Preparing for college academically is another element of his program. Felix, a married father of four, retired from the Air Force as a Master Sergeant in 2012.

Felix is also involved with the Salute to Service Softball Invitational, which celebrates service members and first responders. The tournament will take place at FDR Park this Saturday, 7/23.

Hear more from Felix through his Q&A below. 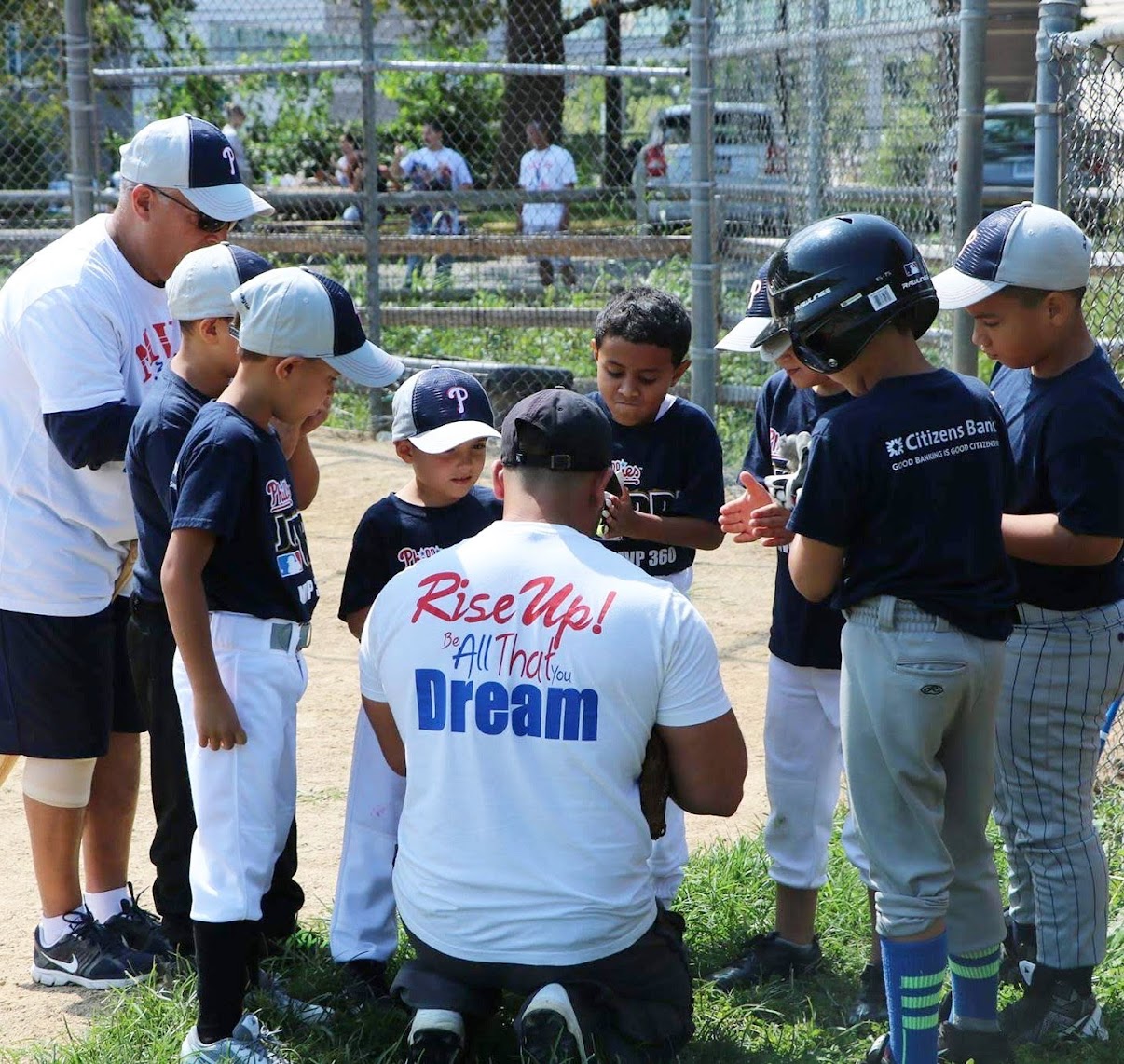 What inspired you to found MVP360?

My son Felix Jr weighed 1 pound, 7 ounces when he was born in 2001 at 24 weeks. Early on I got him involved in sports but something just didn’t work for him. He was athletic and seemed like a natural, but sports just wasn’t his thing. When we were still living on base, there was always something for him to do, but that changed when I retired. I found that there wasn’t a lot of things for kids to do off-base. No recreational centers or clubs where kids could just have fun. I wanted to change that. My son is an active part of the program, serving as our official photographer.

What is your connection to FDR Park?

Our softball program for inner city girls is based at FDR Park. These are young women who may or may not have the opportunities others have. It’s college-prep based. I’ve had eight players who’ve gone through the program and off to college. The program exposes them to colleges in the area that they may not know about. Even if they don’t go to college to play softball, they’re learning about different opportunities. Our programs are a great way to introduce kids to sports without pressure. 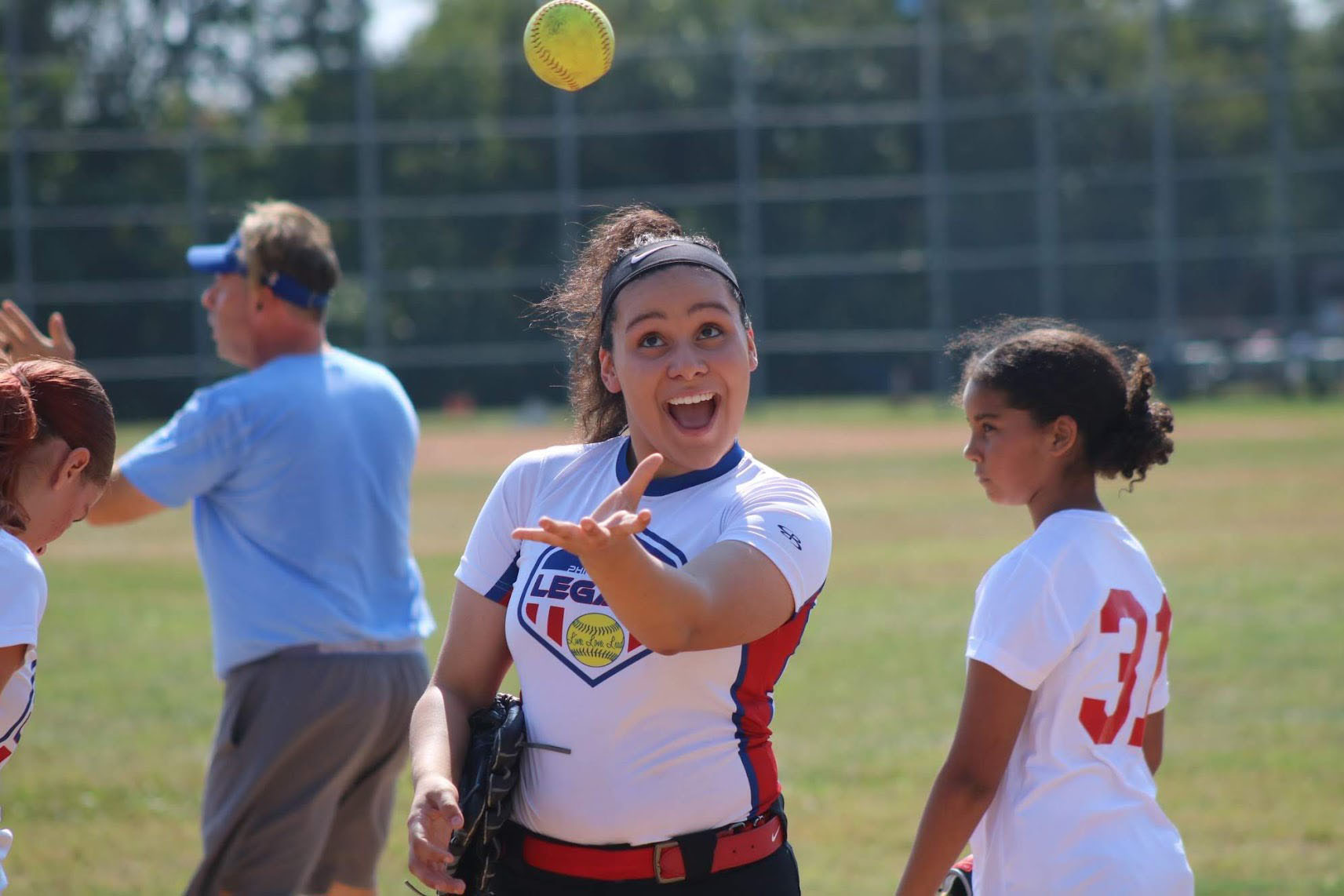 We had a student join our softball program early on in 2014. She didn’t know how to pitch or play. By 2017, she became a really good pitcher and tried out for some bigger teams, but she felt like she didn’t fit in because of the color of her skin. In our community, we talk about “access to sports” a lot. We have access to sports, but urban kids don’t get the same opportunities that suburban kids get — access to trainers, coaches, and facilities that allow them to play all year long and continue to get better in the off season.

This student’s experience signified that gap and was the catalyst for our Legacy Softball Program. Our motto is LIVE, LOVE, LEAD because legacy is how they will be remembered so they should love who they are and what they stand for while serving as examples for others.

I met another young lady when she was 12. She played in our flag football program and in other sports like basketball and softball. When she was 16, she became one of our volunteers. Now she goes to Eastern University and runs a non-profit that helps children in foster homes.

What excites you about the FDR Park Plan?

I know the impact my program has had on families and how sports can change lives. The new sports fields will give kids more opportunities, especially with the turf fields. This past season, we lost out on a lot of days due to rain or flooded conditions. Turf has longevity and it’s one less thing to maintain. But it’s not just about that. The current state of the park is not in the best interest for everyone. This plan is about investing in the people who live in this city. It allows for a balance of access to nature, something that Covid really highlighted the importance of, while modernizing the park to accommodate more people.

FDR Park is amazing. I had been to the park before, but it wasn’t until we started using the fields that I began viewing it with a new potential. The Clubhouse would be a great space for art initiatives and performances. I’ve been talking to a friend about helping to rebuild the fishing program at the park. My son is a kayak instructor at FDR. MVP360 is always expanding but I never thought of water sports [in a park lagoon] before. But I will. It’s amazing to think that I can build a program there. 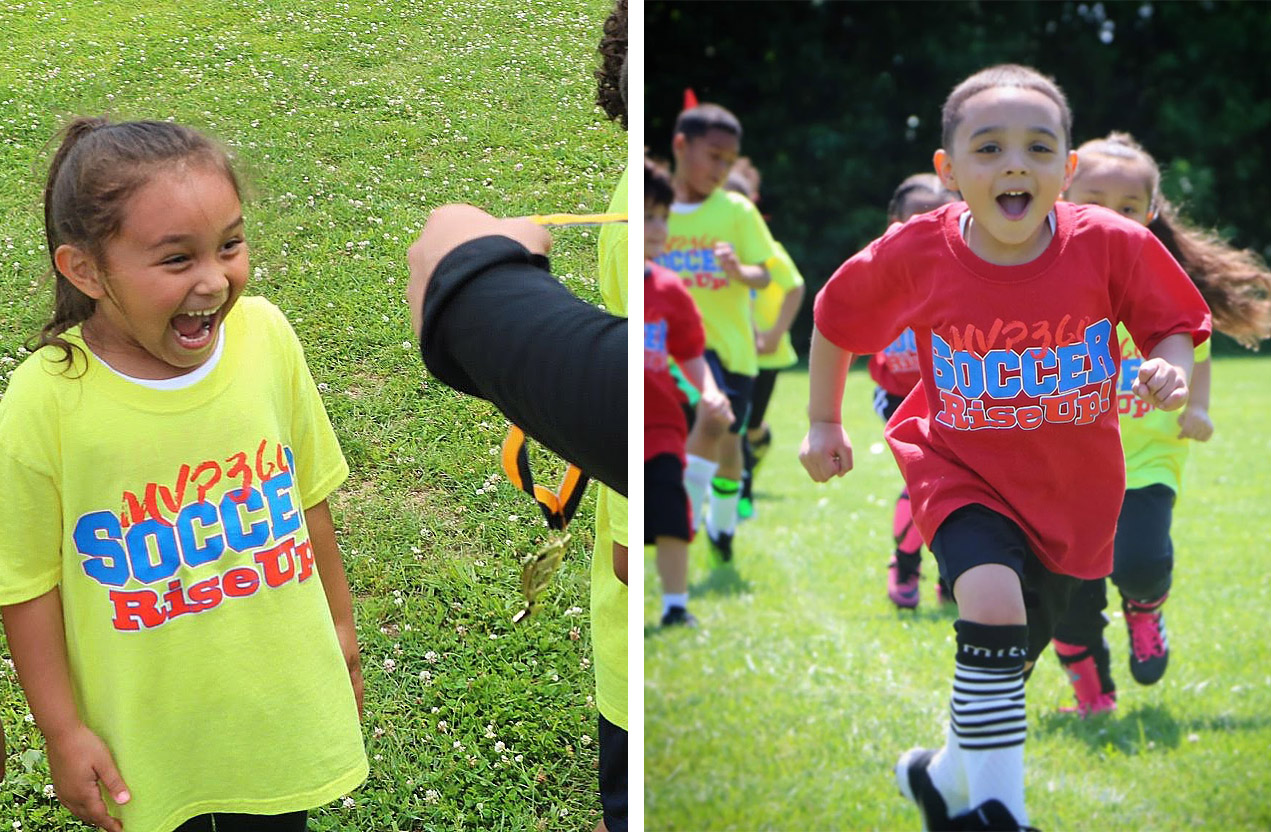 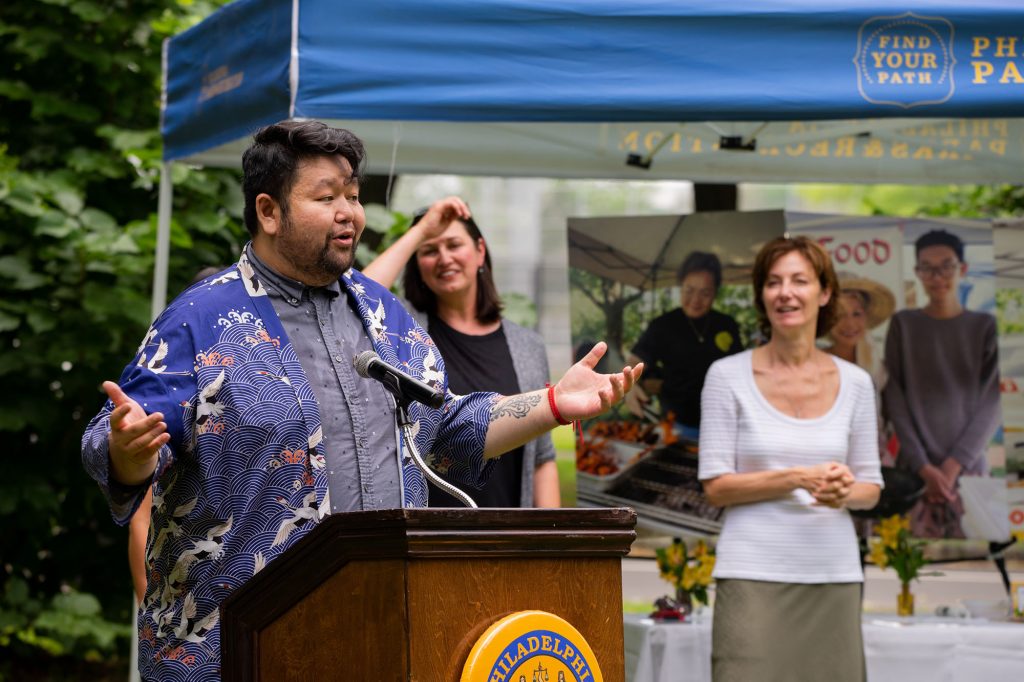 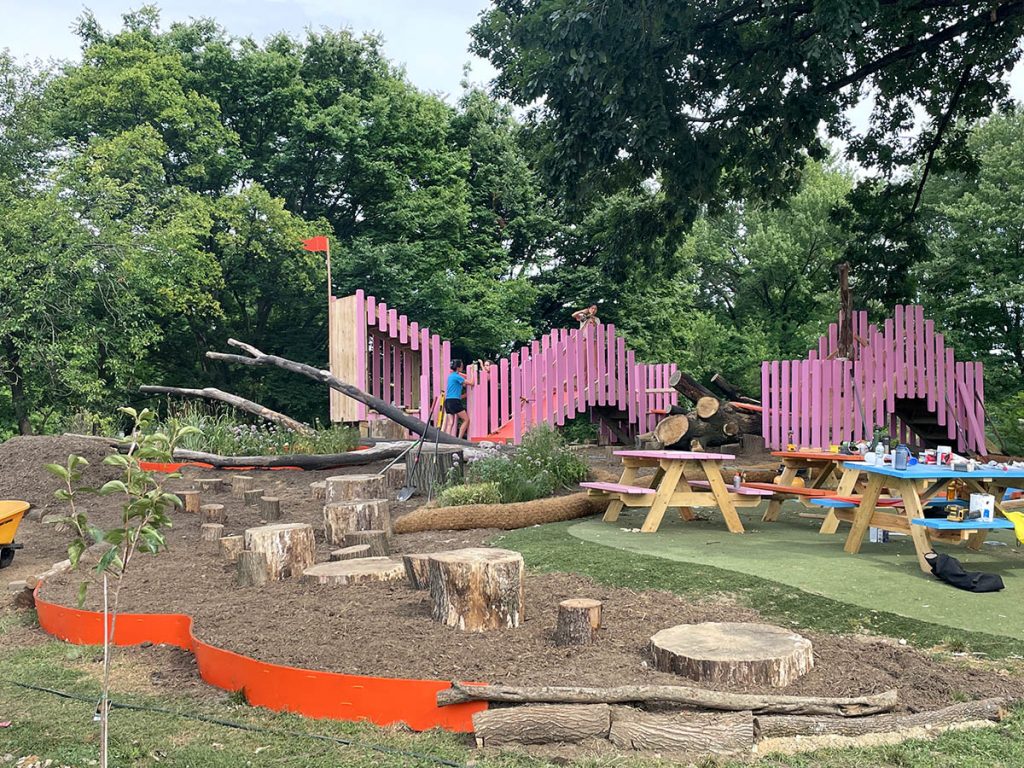 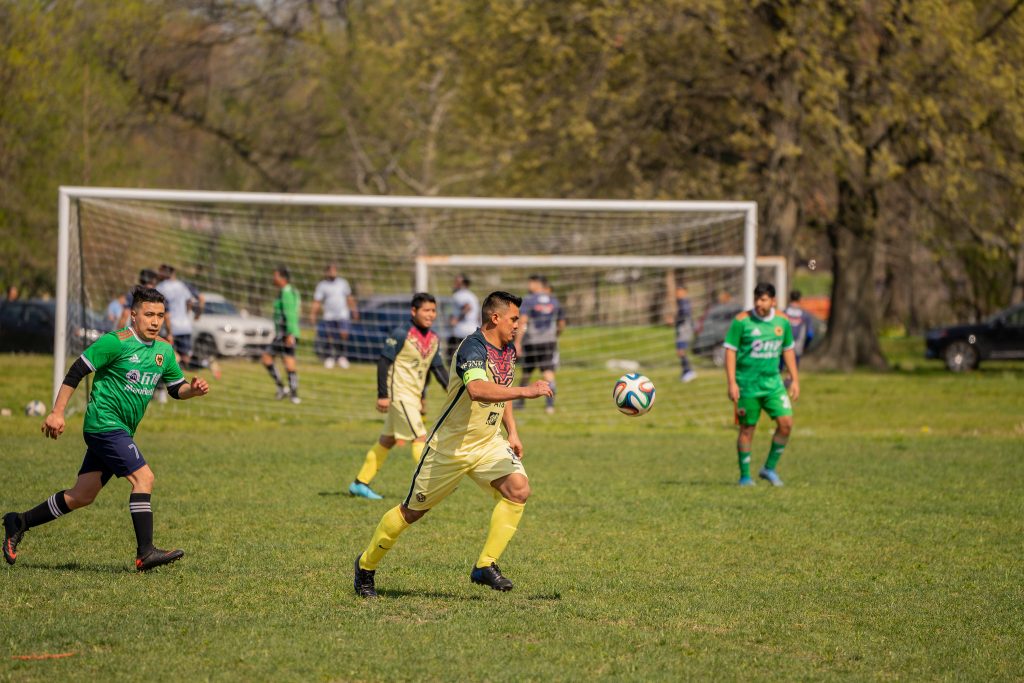