The park’s new Welcome Center, perched on the east side of the Pattison Lagoon near the Broad St. and Pattison Ave. entrance, will repurpose the park’s former Guard House and Stables, structures originally built in 1919. Conservation work is already underway, as the Fairmount Park Conservancy Conservation Team has begun restoration of more than 50 original window sashes and 15 original doors. 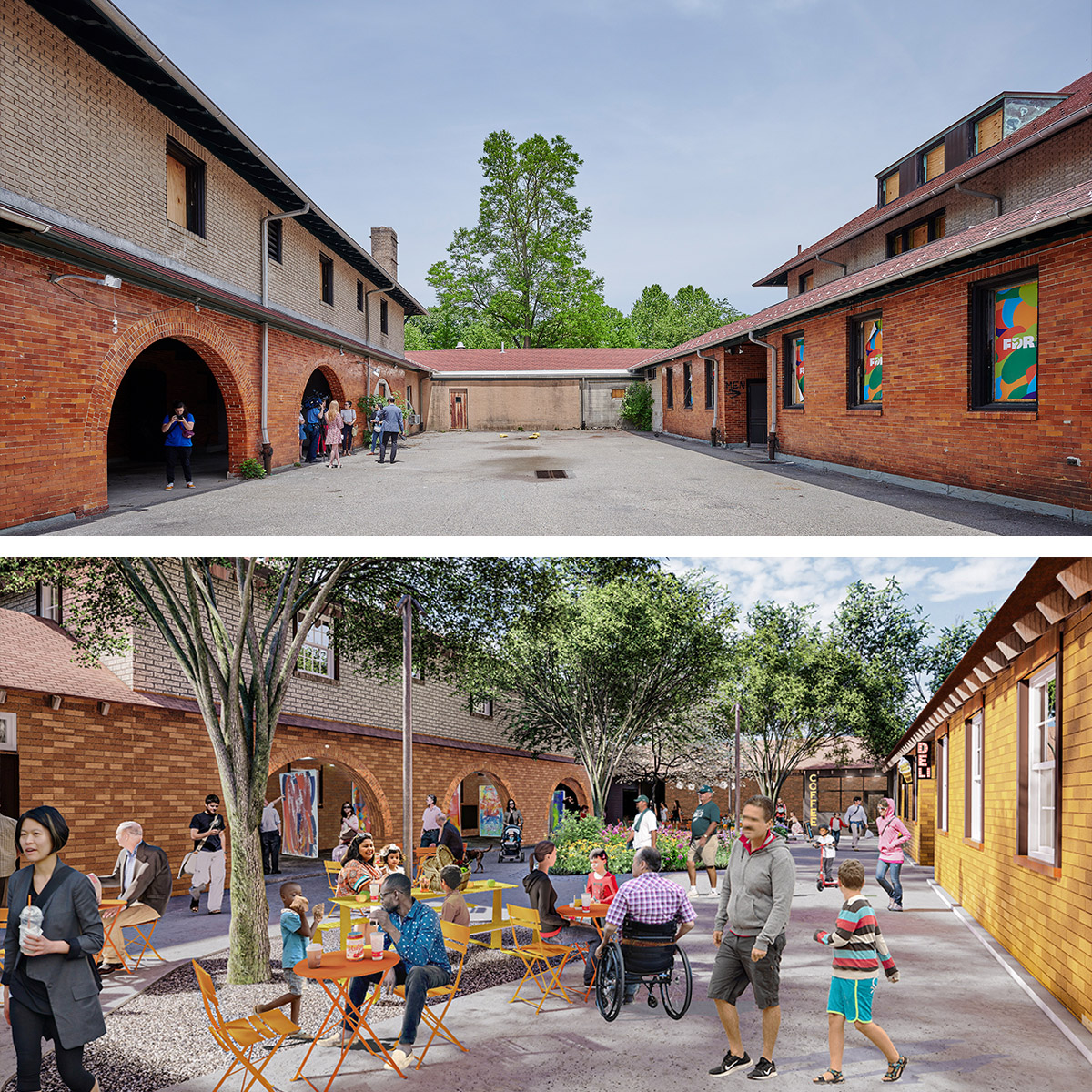 The 18,000-square foot Welcome Center will include a 5,000-square foot public courtyard with three food vendors and offer much-needed amenities including a staffed information center, community event and meeting spaces, and 14 new bathrooms.

The latter item prompted an enthusiastic response from the Conservancy’s Executive Director Maura McCarthy, Ph.D., who noted, “As somebody who’s been involved in Philadelphia’s park system for 16 years, this is the culmination of a dream, people: Public bathrooms in a park.” 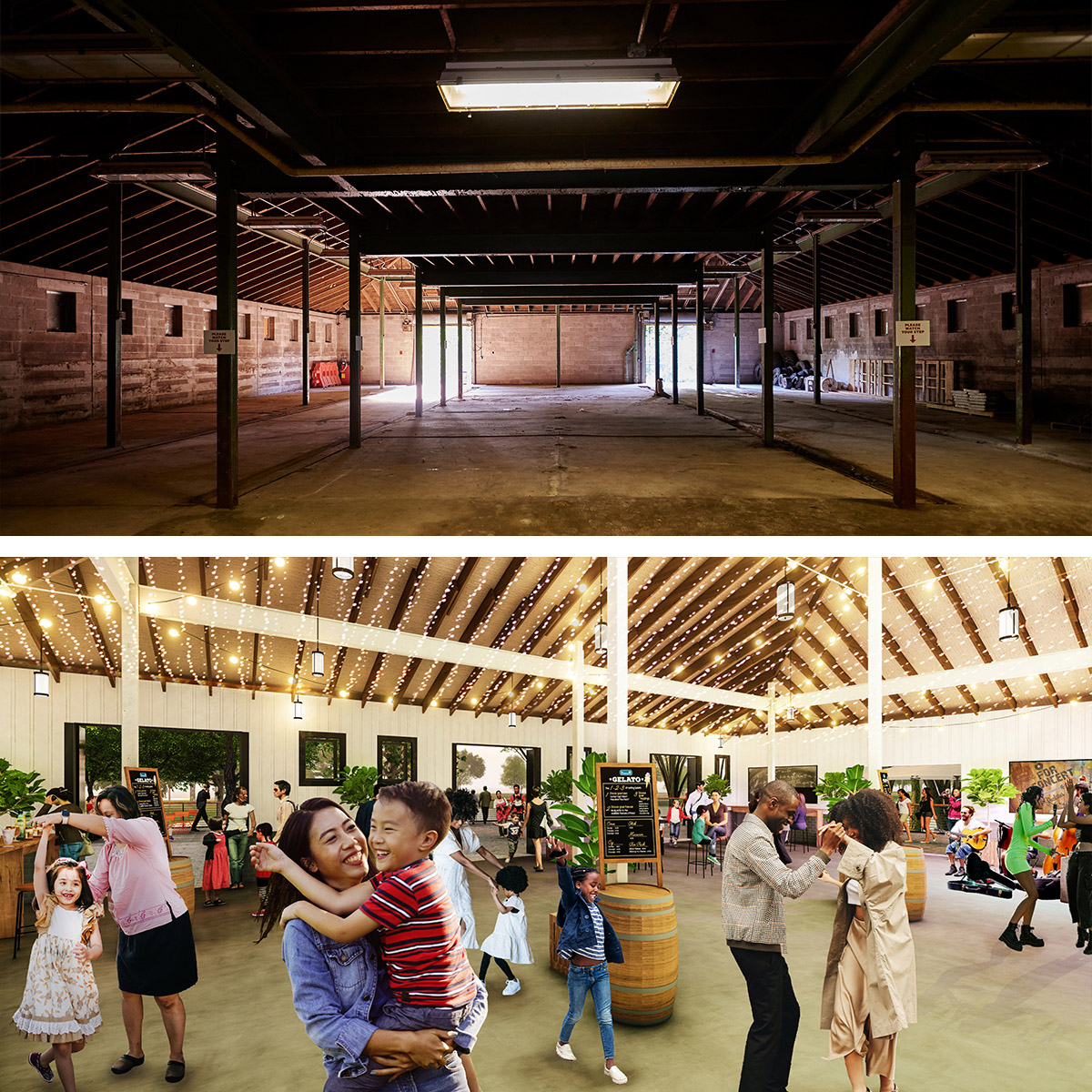 McCarthy also said that when the project is completed in Fall 2023, she envisions the center “bustling with families renting bikes and enjoying meals in the courtyard café, nature lovers taking in water-edge views and local organizations, including Friends of FDR Park, using its meeting rooms as their home base.”

The future Habitat Terrace will provide an accessible way for park visitors to enjoy views of the neighboring Pattison Lagoon and surrounding natural areas. As part of the project, 24 new trees, 41 new shrubs, and approximately 17,600 new plants will be distributed over the 22,000-square-foot site. 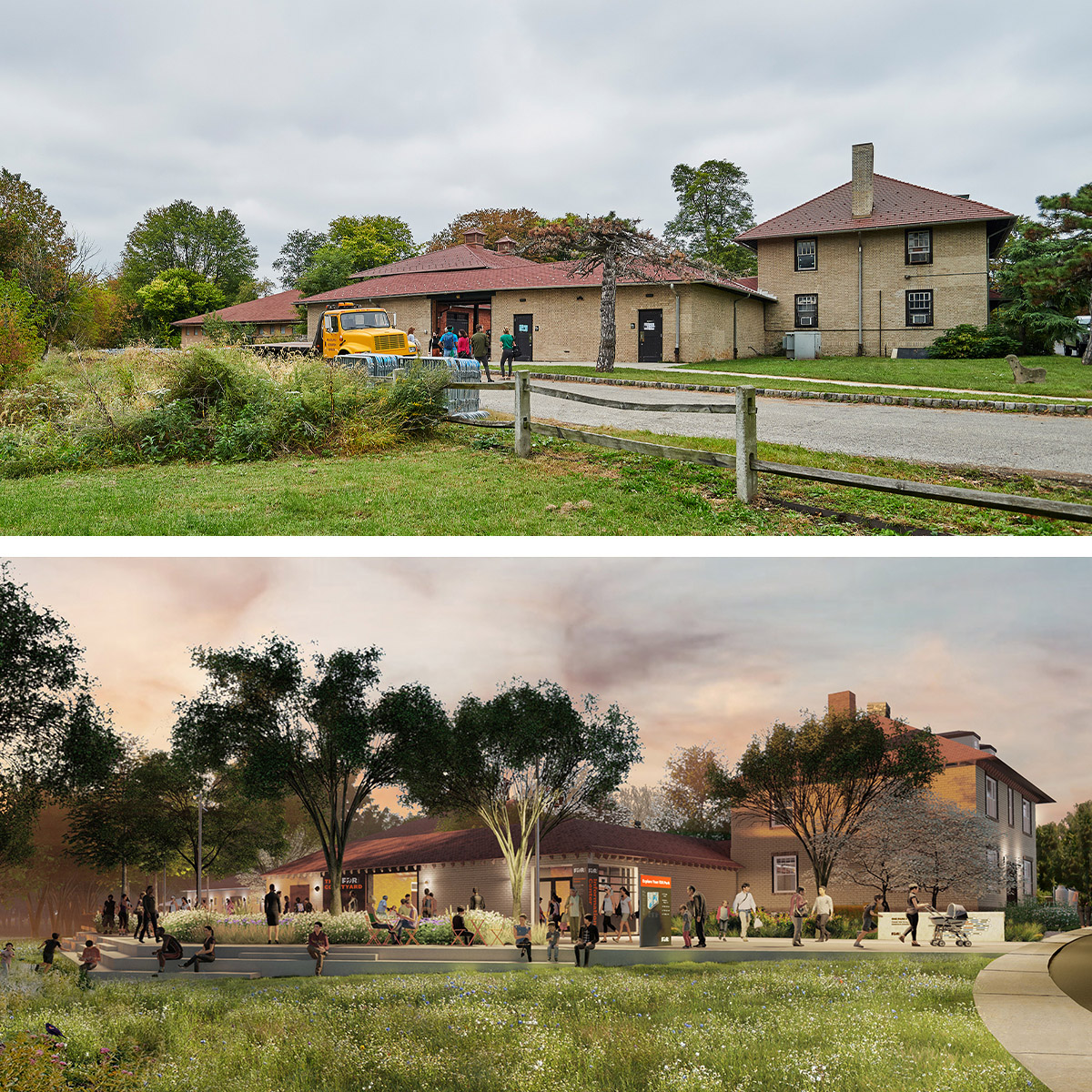 The FDR Park Plan was developed with input from thousands of park users who were excited to see the project get underway, both Harris and DiBerardinis noted. The plan is the city’s first to take steps to mitigate the predicted effects of climate change. The plan creates two zones: the Ecological Core and the Urban Edge. The Ecological Core will make up 50% of the park, creating new wetlands, marshes, & meadows, providing native habitat for wildlife, and managing water to reduce flooding. The soil removed from the Ecological Core will be used to elevate the Urban Edge and keep recreational areas dry throughout the season, including an accessible playground, sports fields, and open lawn spaces.

Mayor Jim Kenney reiterated, “This is what the FDR Park Plan is all about: creating a sustainable park that will be here for future generations to enjoy.”

Johnson shared childhood memories of the park, noting the role that the Park Plan would have in the city’s anti-violence efforts, providing a safe haven for city youth. State Rep. Young, who has two sons, also said she was excited about the park’s reinvention and recreational possibilities.

The Welcome Center is the first of three Gateway Phase projects. The second project, Pattison Playground, will begin later this summer. The third project, a new and improved Gateway Plaza entrance at Broad and Pattinson, is in the planning stages.

For the latest updates on FDR Park, be sure to sign up for our newsletter. To support our work bringing Philadelphia’s parks to life, become a member of Fairmount Park Conservancy today! 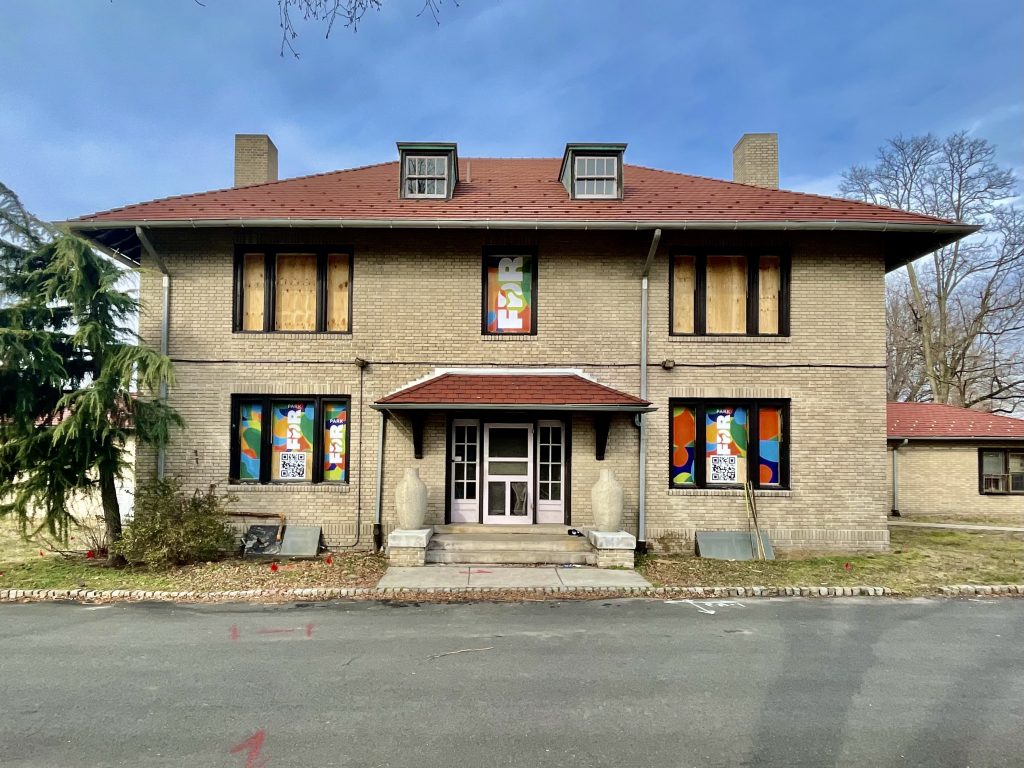 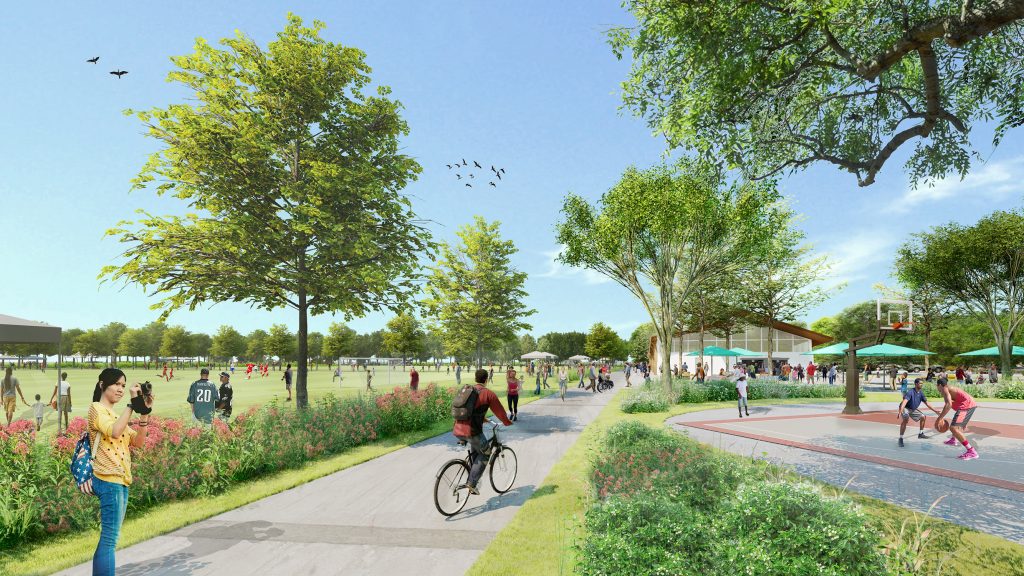 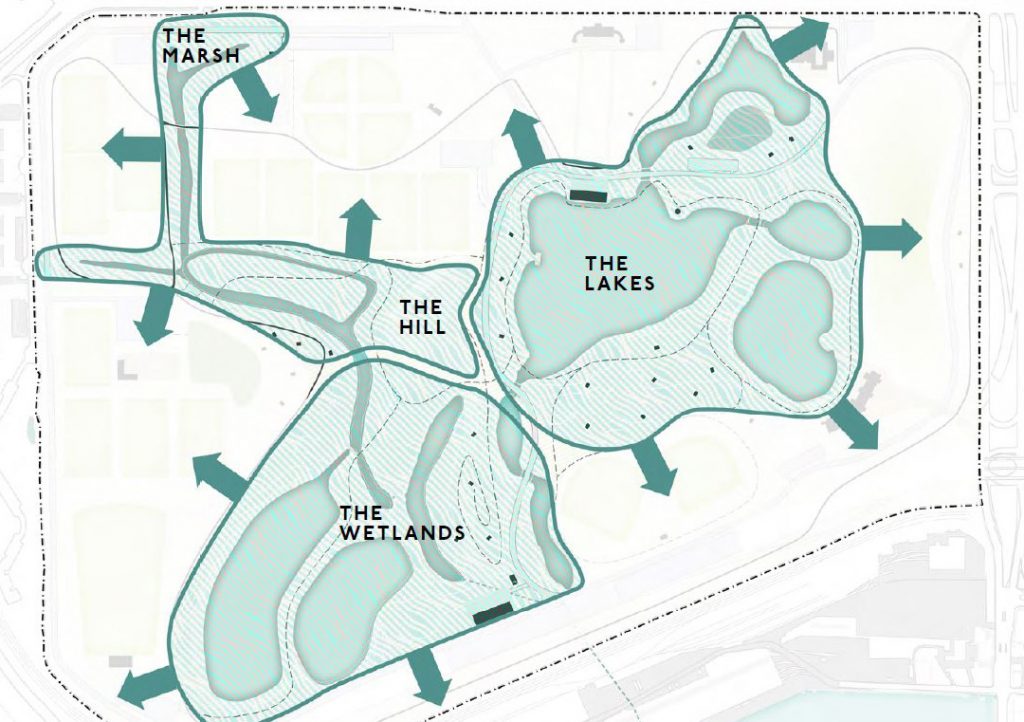