On MLK Drive in West Fairmount Park, it’s not just joggers, walkers, and bicyclists who are enjoying the car-free road this winter. It appears as though beavers are also taking advantage of the situation along the Schuylkill River, too.

“I don’t remember a winter when they were this populated,” says Drew Rinaldi Subits, Fairmount Park Conservancy Natural Lands Field Coordinator. “The reduced human activity–in addition to the great restoration work being done by all the organizations around the city–has allowed beavers to grow and flourish.”

While actual sightings of beavers are rare, these hard-working mammals leave their mark in obvious ways. In this particular stretch of the park, they seem to be attracted to a particular area based on the number of felled trees, bite marks, and paw tracks they’ve left behind in the snow.

There have been reports of beavers in Philadelphia’s watershed parks in recent years, from Cobbs Creek Park to Tacony Creek Park to the Manayunk Canal. On one hand, the return of the beaver is good news, says Drew. “It means that our natural lands work is working,” because a healthier habitat has encouraged wildlife that had long left the area to return. 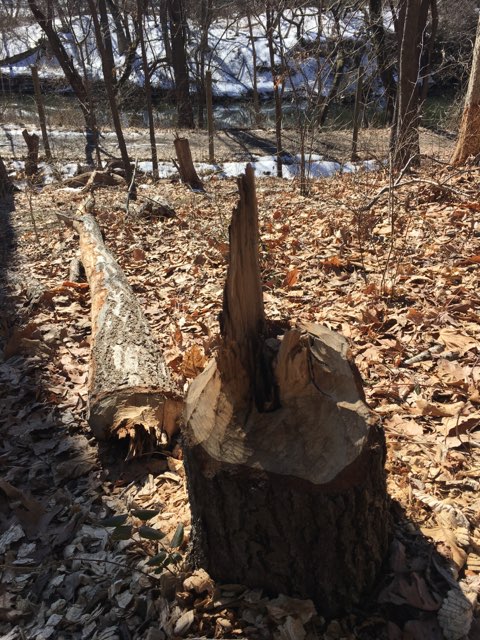 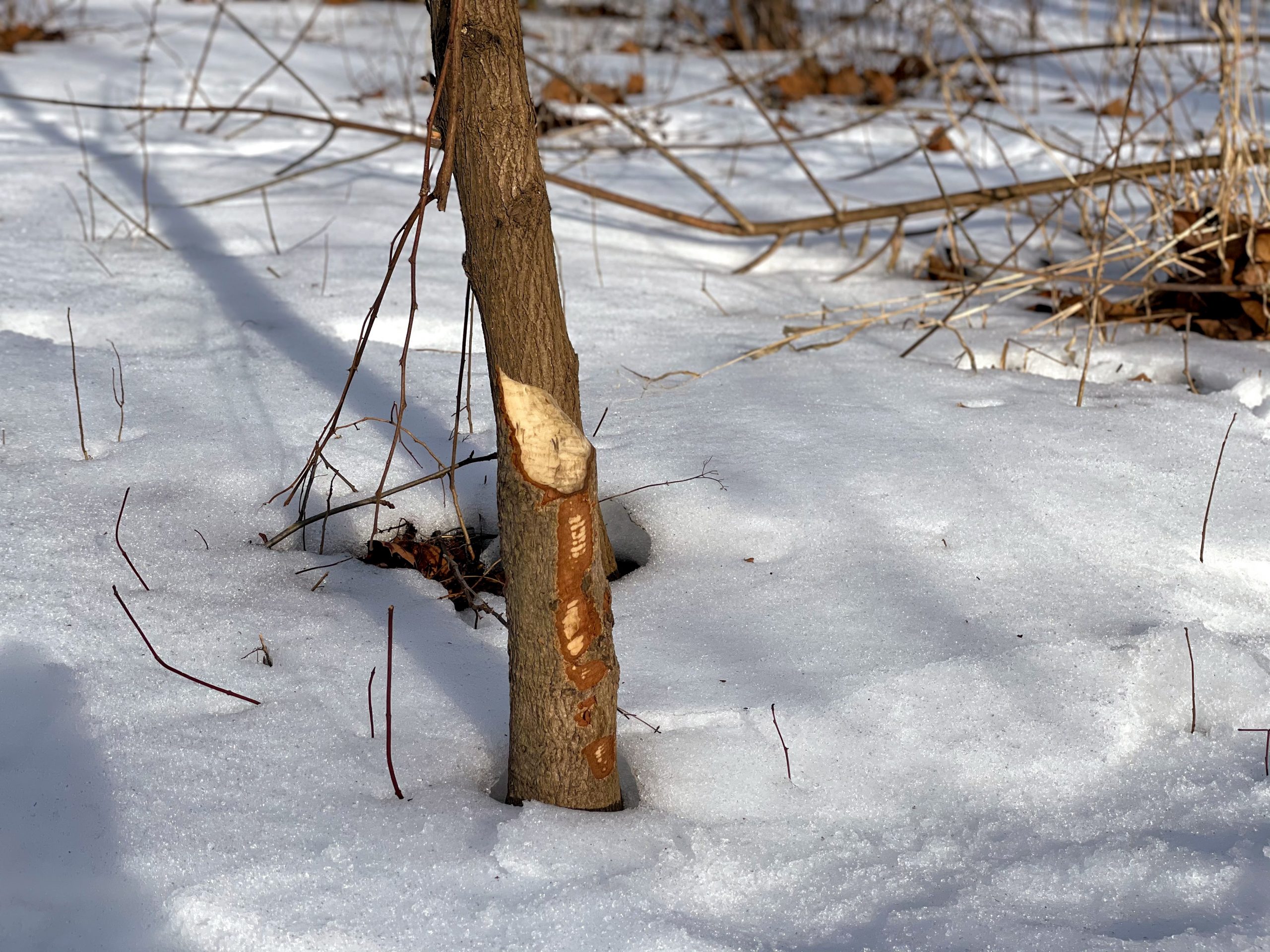 Signs of beaver presence along MLK Drive in Fairmount Park.

However, there is a downside to the beaver fever. Beavers, often considered the original landscape architects of North America, are some of the hardest-working rodents out there, gnawing down trees for food and shelter. But it comes at the cost of the hard work that organizations across the city have done to restore our urban forests.

Case in point is the area on MLK Drive that beavers have come to love: They seem to have a penchant for a spot on the river planted by Philadelphia Parks & Recreation, Fairmount Park Conservancy, and PowerCorps PHL in 2016. A number of hackberry trees, in particular, have been chopped down by hungry beavers.

Fairmount Park Conservancy Natural Lands staff and PowerCorps PHL assess the beaver damage at a site along the Schuylkill River in Fairmount Park. 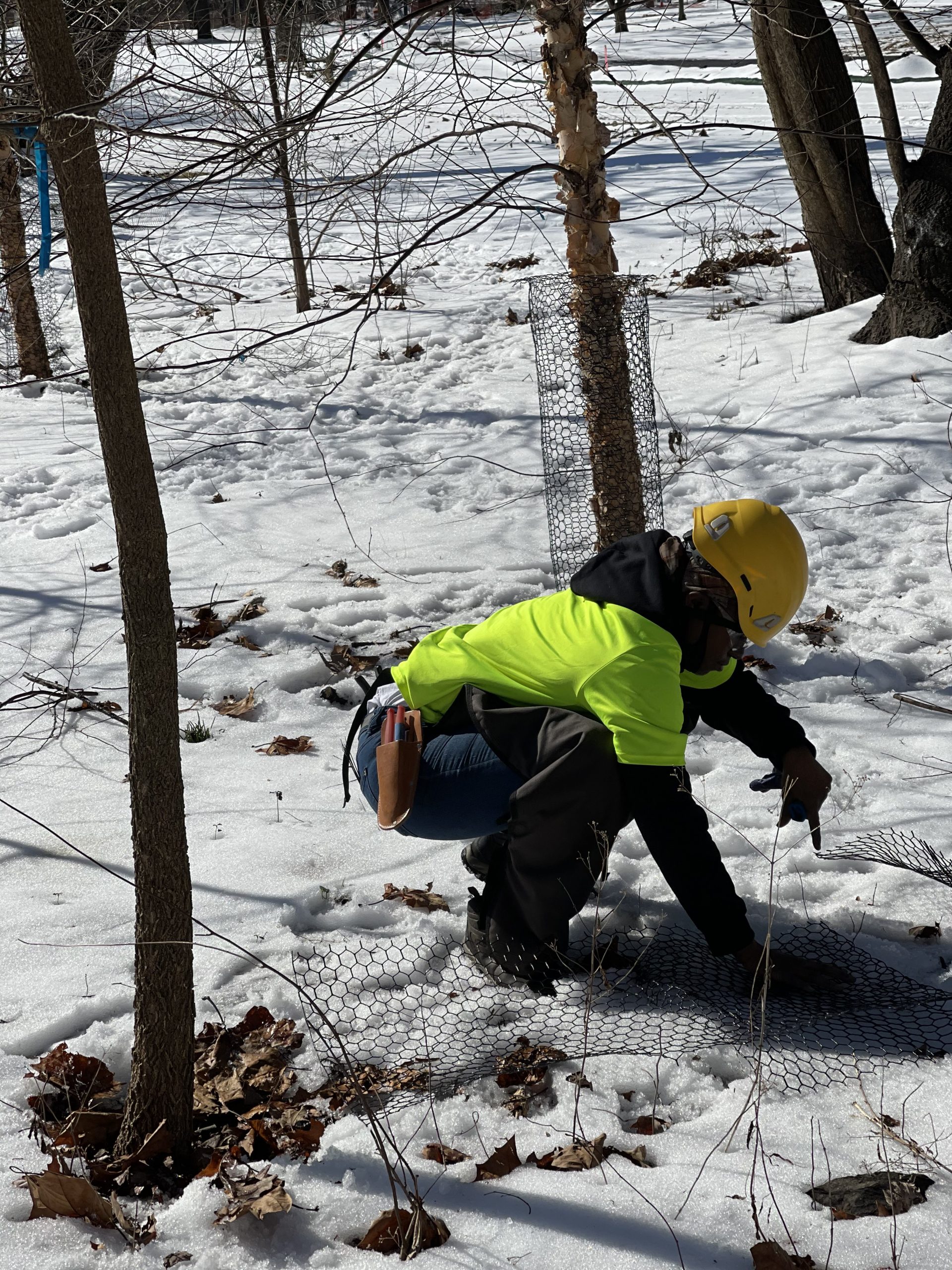 Fairmount Park Conservancy is working closely with Philadelphia Parks & Recreation to both encourage this increased wildlife while at the same time protecting these forested areas from further damage. On a recent winter day, Drew led PowerCorps PHL Urban Forestry Fellows on a walk-through of the site to assess the damage and install stump guards around some of the native trees that are still standing.

Drew acknowledges that it’s a tough balancing act. “We want to be proactive and want to establish that young tree canopy,” he says, “and losing trees at this size, at such a pivotal moment of transition, is really tough.”

Learn more about beavers in Philadelphia below! 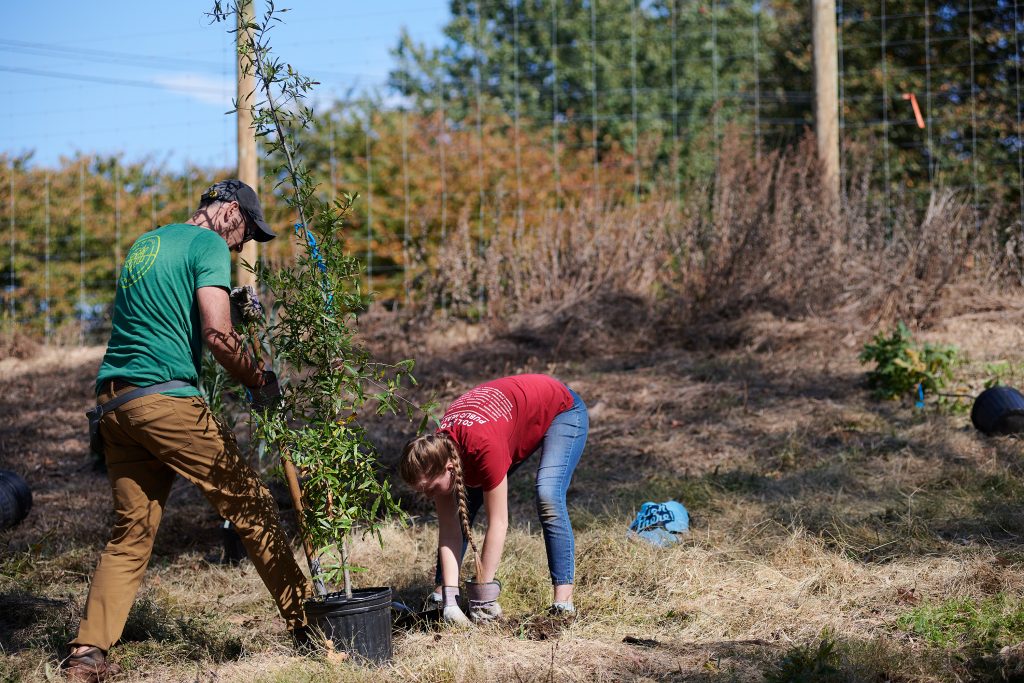