This is an Arts & Culture Program Event

Join us for an artist talk back following the 2:15pm Raft Piece performance. This 30-minute conversation with members of the Trisha Brown Dance Company will be facilitated by Lisa Kraus.

Lisa Kraus is Center Director for the Philadelphia Shambhala Meditation Center. Ms. Kraus first danced with Trisha Brown in 1976 and has been in love with Brown’s work ever since. As a member of the Trisha Brown Dance Company, she originated roles in pieces including Glacial Decoy which she later taught the Paris Opera Ballet. She began writing to document this experience, then wrote for numerous publications including the Philadelphia Inquirer (2004-11) and thINKingDANCE, which she co-founded. As coordinator of the Bryn Mawr College Performing Arts Series (2006-18) she was artistic director for Trisha Brown: In the New Body (2015-16).  Kraus is featured in the film In the Steps of Trisha Brown (2017). 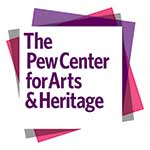 In Motion, In Place: Trisha Brown Dance Company in Fairmount Park has been supported by The Pew Center for Arts & Heritage. It is presented by Fairmount Park Conservancy with the cooperation of Philadelphia Parks & Recreation and other partners.

Back to All Events